What is the technical part name of conical indent LEDs?

I'm struggling to find manufactures, part numbers or datasheets for the wide angle LEDs that have the conical indentation on the top of the lens. I found one other question on here that referred to them as dimple tip LEDs.

I have a prject that requires to use of wide angle LEDs that radiates light in all directions, perpendicular to the semi conductor. The conical indent in the lens of an LED would be perfect. These LEDs are extremley popular in modern festival/holiday LED light sets. In fact, I have not seen an LED set that does not use these LEDs. The problem is, I'm not able to find them anywhere. A search of the internet does not produce any usable results for this type of LED.

There are other wide angle LEDs out there, including "straw hat" and "flat top", but these types disperse the light in an arc. Round, or dome shaped LEDs project light almost perpendicular to the semi conductor.

If there was some type of part name, number or manufacturer of the conical LEDs, it mightn't be so hard to source them.

Apologies if this is off topic, but I'm out of options at this point. 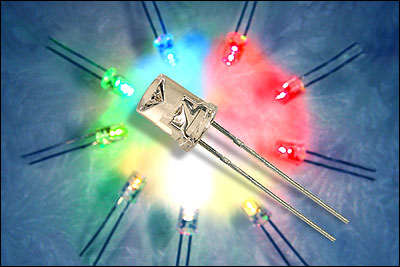 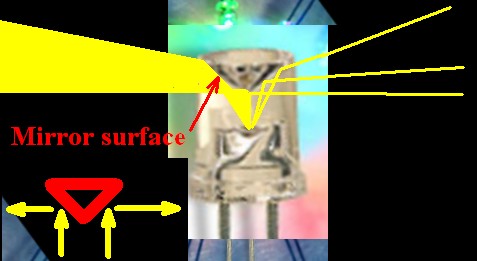 According to Lumex, in its Product Selection Guide 2004-1, Issue VII, the name is "T-5mm Dimple Lens". There's also a 3mm version, same name. Lumex handled this as SSL-LX507DT3 Series

2
How to choose LED lenses
2
Choosing between RGB LED types
4
Choosing an LED
3
Is there a simple way to diffuse the light of a "super bright" 5mm LED?
2
Designing brake light with specific luminous intensity
0
Why is there no resistor in a christmas LED string light?
4
Thin wall to block LED light from hitting photodiode?
2
LED backlight hotspot