Which are the input/output requirements of a 12V trigger interface?

For a personal project, I'm building a simple I/O control board for an audio module. This board has an MCU that implements all the I/O control logic, and some interfacing electronics as well. It will be integrated in the audio module.

One interface that I need to handle is 12V level-triggering. The control board must keep powered up my audio module as long as the TRIGGER IN signal is HIGH (+12Vdc), and power it off when it's LOW (0V). I also need to generate a TRIGGER OUT signal (or several of them) in order to pass this "command" to other external audio modules.

This rudimentary triggering mechanism has been around for decades (and is still widely used) in consumer audio gear. It's very common, like a de-facto standard, but I can't find any reliable source of either formal or informal specifications for this interface, like:

So the question is: which are the input/output requirements of a 12V trigger interface? Is there an specification in place for it?

This question is NOT about how to build the interfacing circuits, as I believe I already have a pretty good idea about the route to go (an optocoupler for receiving TRIGGER IN and a low power 1-2W isolated DC/DC converter for transmitting TRIGGER OUT). What I actually want to know is which are the operating conditions that my interfacing circuits must deal with.

There doesn't seem to be any official standard for this, in fact, exact voltage and current values are not consistent even for products of the same manufacturer. Variations of this picture appear more than once in discussions regarding audio equipment triggers.

Here's what I would do.

Best hint I could find:

So, I guess, your output should ideally be able to deliver 20 mA or 100 mA, at least (and probably not much more to protect faulty devices).

Then, I also found this "schematic" (look for the links on the right of the page) of a projection screen roll-up/let-down trigger: 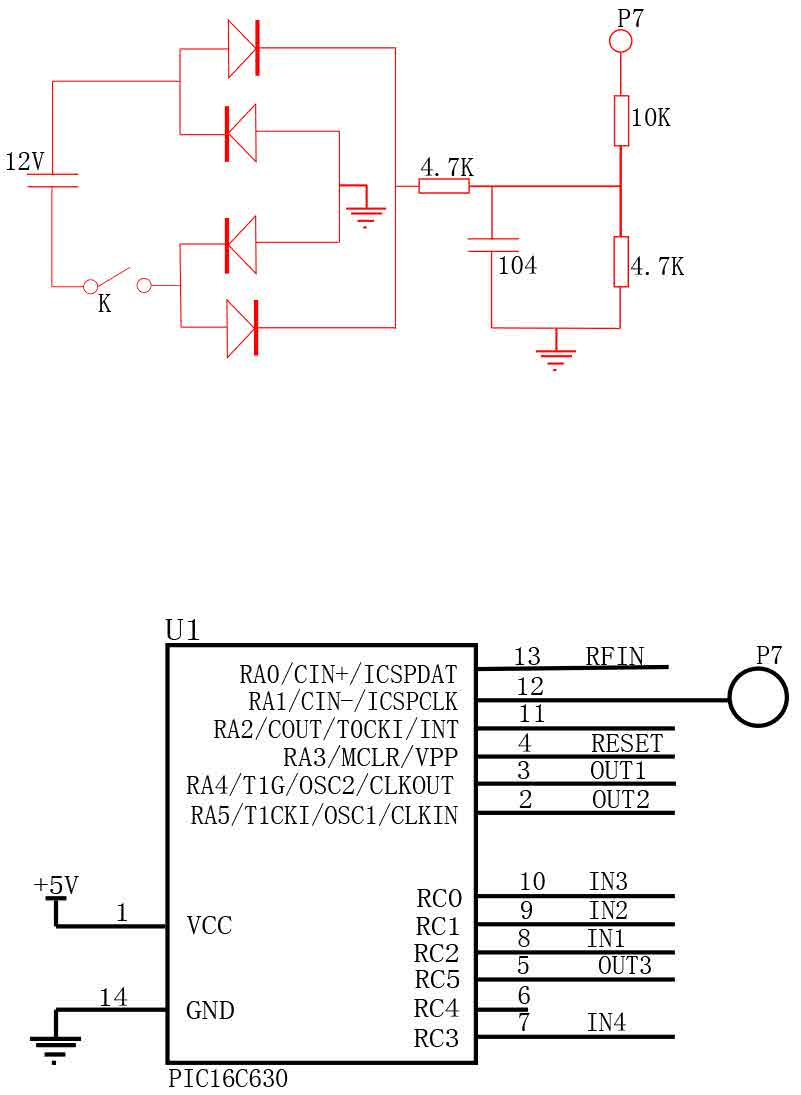 My guess is that the capacitor labeled with 12V actually should be the trigger input, followed by some Low pass+voltage divider that have an effective DC resistance of 9.4 kΩ.

Since that thing (obviously designed by experts who totally didn't copy and paste together that schematic in photoshop!) probably reliably works, I guess you might be overthinking this – and that there's really no standard to this.

I do agree, it's not hard to come up with a receiving circuit, but seeing that there's really a lack of any usable link found via Google (and seeing that stackexchange Q&As rank high automatically), I'll take the chance to describe what I think would work, for future readers:

Build something that has 500 Ω to 10 kΩ input impedance (I guess it doesn't really matter, seeing that there's neither any chance for the signal to be of significant speed nor of your detection to interfere significantly with the power source), and just hook it up in parallel to the trigger port and any other devices to be triggered from the same signal.

Not the answer you're looking for? Browse other questions tagged audio interface remote-control or ask your own question.

0
what are the things to keep in mind when interfacing two digital devices?
2
How do I change the output volume of this audio amplifier circuit?
1
Interfacing OLED 0.95'' 96*64 with ATMEL SAMD20 Series MCU
0
What is the best interface circuitry for using FSR sensors?
0
Some questions regarding input stage of audio signals to the pre-amplifier
0
Input/output from unsynchronized ADC/DAC
0
Will this op-amp circuit work to convert differential audio into single-ended input for the bluetooth transmitter module?