Op Amp - Positive vs Negative feedback from the component level

I am beginning to study the internal circuitry of the LM741 op-amp. For the most part I understand each section and stage. I am now trying to realize what I already know about op amps but in the context of the overall schematic. One question that has come up is the difference between positive and negative feedback and why they make the circuit act so differently. 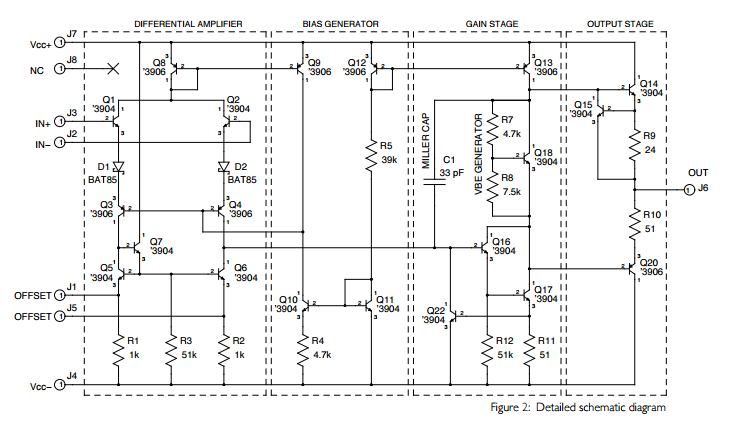 Why does positive feedback drive the circuit into saturation? In analyzing circuit I see that an increase in In- causes the collector of Q4 to increase, which eventually makes the output decrease (due to the common emitter, Q17), and vice versa. I think I understand how this will create equilibrium between the two inputs. However I am confused about the positive feedback. If In+ increases, collector at Q4 goes down, and therefore Vout increases. Then it seems like it would continue happening until it is saturated. So is the result of the two different operations the fact that the second stage is fed by the collector of Q4 (Inverting side) and not Q3? Am I thinking about this correctly?

Do all op amps feed the next stage with the inverting side of the diff. amp then?

The internal circuits of opamps are proprietary. At least the modern OpAmps.

Some Opamps remain differential for the first TWO gain stages. Such as UA715, where Q1 and Q2 bases are the input pins. 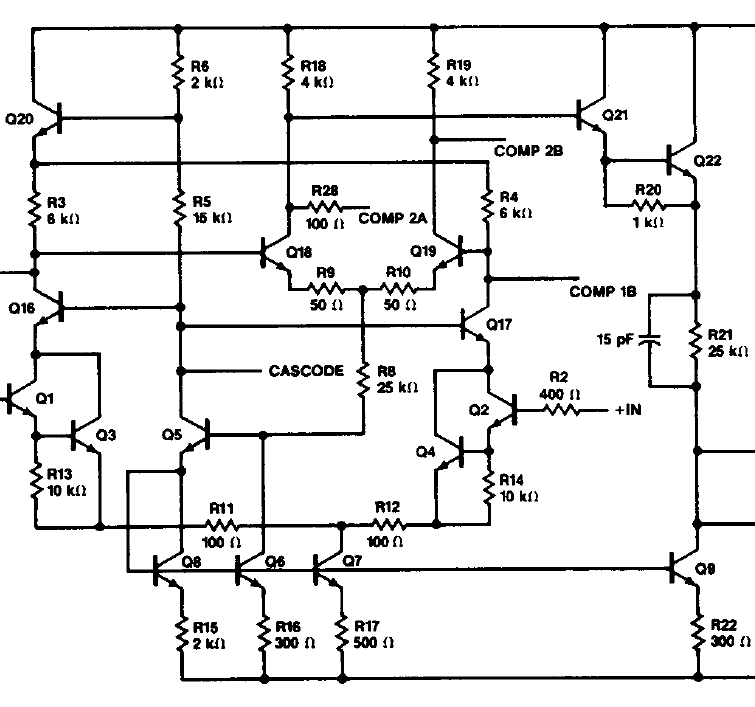 With negative feedback, the OpAmp's gain is set by ratio of resistors (typically). With positive feedback, a bit of energy twitching from thermal changes or VDD noise or Boltzmann noise, or just a scope probe on the output, and the OpAmp tends to run away, particularly if that Gain is > +1. We use those for comparing, for rejecting noise with hysteresis, and outputting LogicLevel voltages.

Notice the "large" Vin --- 99.99 microvolts. This is the voltage of (-Vin), which we often label "virtual Ground". Clearly 99.99uV is not Ground, so let's propose an opamp with 10Million DC gain. Many opamps provide that. What is the (-Vin)? 0.999999uV. Still not Zero, but we need a small bit of voltage between the (+vin) and (-Vin) so the input diffpair has SIGNAL to use. With our Virtual Ground concept, the design of fixed-gain stages becomes OhmsLaw, because the same current flows thru R1 and R2 (except for 20nanoAmp input bias current for the UA741 diffpair). 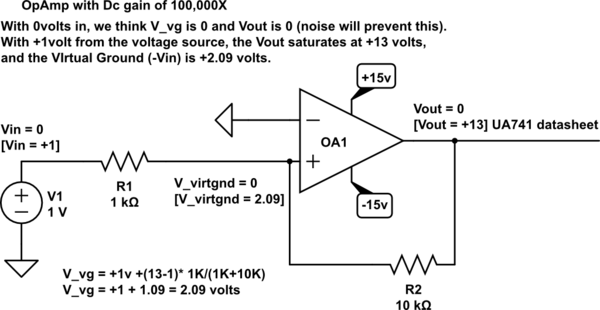 Notice the 2.09 volt difference between Vin+ and Vin-. With gain of 100,000 this OpAmp is trying to provide 209,000 volts (positive) output. There are several reasons this is not achieved. (1) finite output current, often near the 20mA value, for low-distortion operation; most opamps also have a Short Circuit protection ability, near 40mA value; (2) even with very imbalanced internal node voltages as the OpAmp strives to reach the 209,000 volt output, we know the +VDD is only +15 volts; given the various bipolar transistors in the output stage, we'll remain several Vsat below +15; for linear operation, consider +13 or +12 as upper limit.

Addressing your question about polarity: The UA741 uses Q5 and Q6 to convert from differential to single-ended.

By the way, if we raise the voltage on base of Q2, where are we comparing that voltage to the base of Q1? i.e. where is the differential-comparison performed? In the UA715 there is an obvious diffpair [Q1+Q3 vesus Q2+Q4]. But where in the UA741?

I previously examined Vce requirement for the UA741 in this answer: Operational amplifier UA741CP - reading the datasheet

Here is an amplifier with positive feedback, that gain < +1: 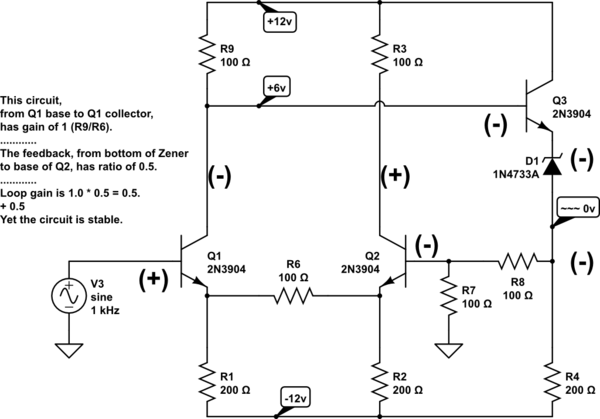