Spike in inverter output waveform due to Cgd coupling

So while analysing the waveforms, I have noticed spikes in the ouput during input transitions for gates like inverter, nand etc. and so I was asked to look up Miller effect to explain the phenomenon. After reading through the topic (how Cgd appears across the input and the output) I found that this is caused due to the capacitive coupling of the input to the output by the gate drain capacitance. I can neither grasp the theory behind this completely nor can I figure out how the spike decays back to the supply voltage after a few moments. Can someone give me a detailed explaination for this effect. PS. this is what the waveform looks almost like except that the spikes appear when output switches to one and when it switches to 0 (opposite to the waveform) like: 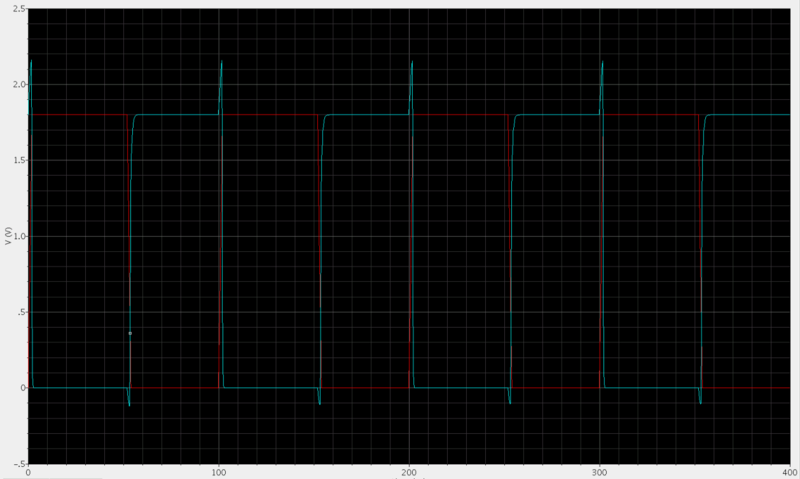 In order to change the voltage across a capacitor, you need current:

As the input suddenly rose from 0V to VDD, the NMOS transistor switched on, and the PMOS transistor switched off. As you may know, the NMOS transistor will be in saturation, and will sink a pretty constant current to ground. This current is far from infinite! And so the capacitor can only slowly decrease its voltage. Instantaneously, it should retain all its charges as it hasn't had time to lose them through the NMOS. So at the exact instance where the input switches, the output will have to follow by the same amount of voltage.

Instantaneously, output will jump up from \$VDD\$ to \$2\cdot VDD\$... if no other capacitances are present.

The output voltage they will agree on will depend on the capacitance of those capacitors. In the end, this causes the output not to jump over the full \$VDD\$, but some smaller voltage.

The following figure summarizes everything into one image. \$C_L\$ is the total load capacitance, which is the sum of all capacitances connected to a constant voltage. 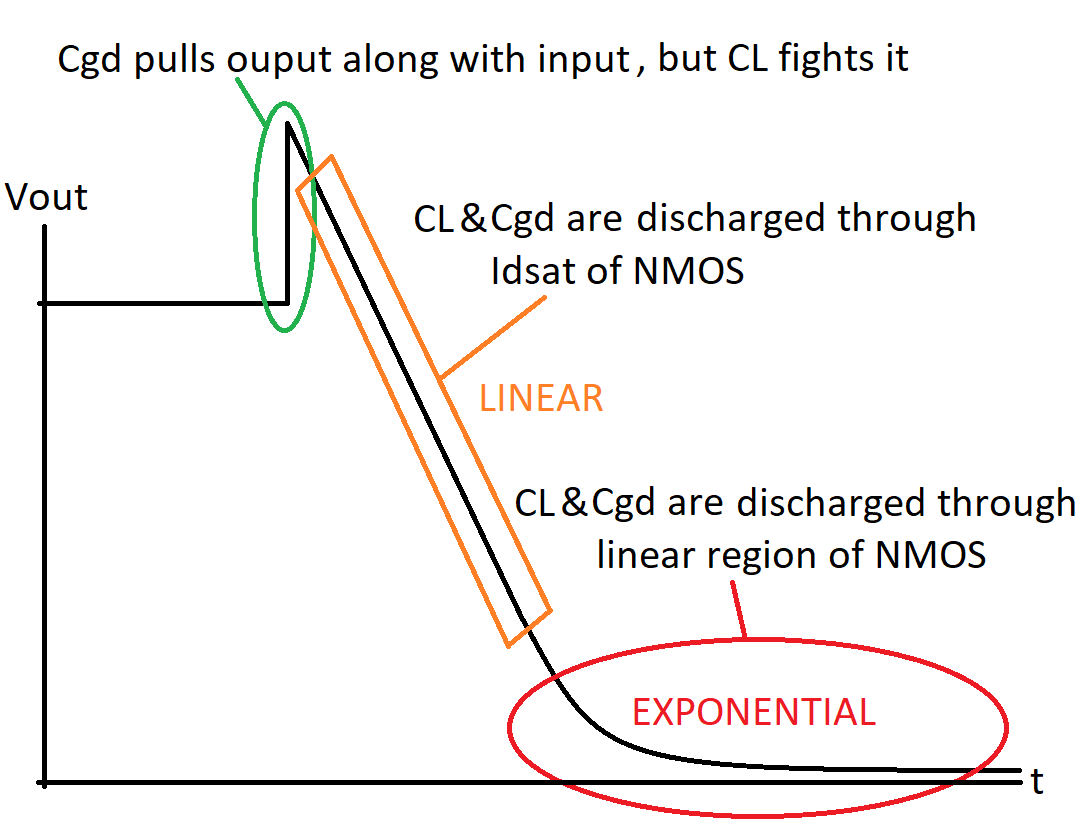 Examine this schematic of a CMOS inverter: 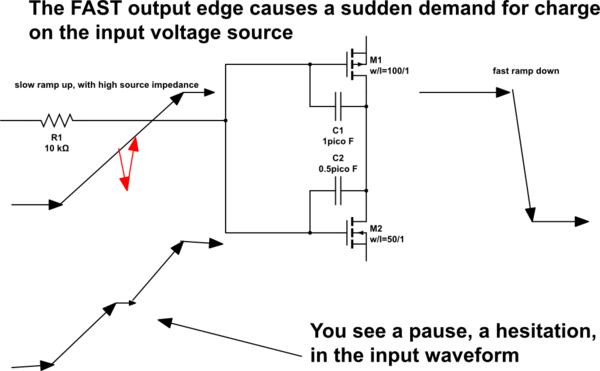 Not the answer you're looking for? Browse other questions tagged mosfet cmos or ask your own question.