I'm trying to understand how I could implement, using logic ICs (and not a uC), the following:

there are two momentary push buttons and 3 leds. The leds indicates the logic "state", that can be 0 (initial), +1 and -1. Pressing the push buttons, you change the state.

I drawn this little diagram that should help to better understand the topic.

How can I get that using a logic circuit? so far I only understand how to make the switches to latch using D-FlipFlop 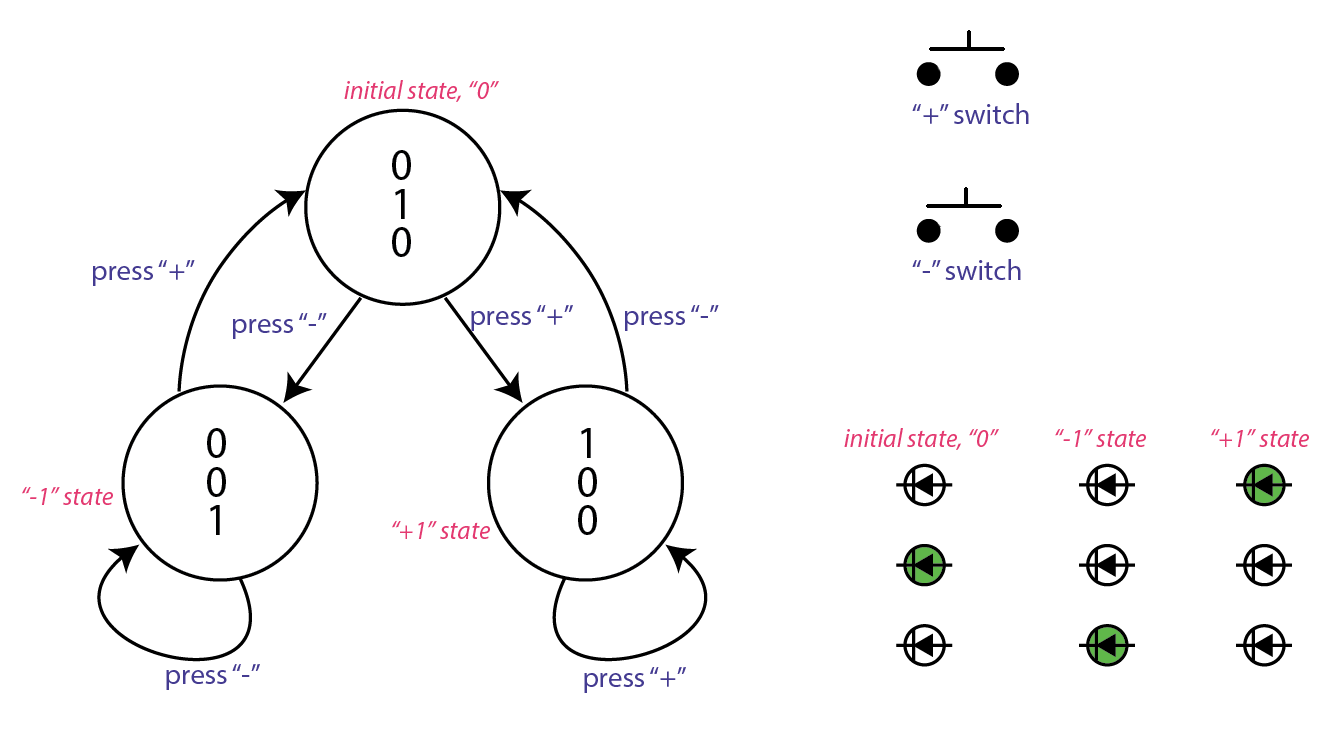 So, what you need is a

Let's roll it up from the bottom:

The clock is easiest. Just use an OR gate on both buttons. When either button has been pressed, the next state transition should be loaded into the fliflops:

The LED logic is easy, too: for example, assume the internal stat 00 is your initial state. So you just build a NOR gate on the initial state that lights up center LED. You do that for all LEDs.

The "next state" logic is easy, too: just have the same logic as for the LEDs, but ANDed with the right button to produce the next internal state.

As Marcus indicated there really is only two latches needed for this. One for the left led and one for the right one. The centre LED would be on when neither of the other two are.

Once you come to that realization, the logic required to set and reset each latch becomes fairly simple. I'd Use tow J-K latches for this

BTW: You also need to de-bounce those buttons.

6
Creating a combination lock using logic gates?
0
How to wire up a circuit with a button that cancels other circuits
1
Using two switches to light/turn off consecutive LEDs
0
Help me fix my logic circuit
0
Analysis of a NOT gate circuit
1
Illuminated LED and push-button using only 2 wires
3
Push button for different actions in every press?
1
Designing a Combination Lock FSM: Converting State Diagram to Logic Gates
4
Determining initial state of the circuit that uses 74HC00