Detecting PWM signal is present on the line

I'd like to implement the following device: it accepts PWM input 5V p-p, and then produce logical zero (GND) at the output when any signal (duty cycle >0) is present and logical one (VCC) otherwise. My first idea was to use RC integrator with an rail-to-rail op-amp and it works, but has a flaw - when PWM signal disappears from the input, it took some time to discharge the capacitor (i.e. output goes slowly from zero to one), although I would like transitions to become as fast as possible. Schematic goes below.

R1 used to adjust threshold. I also tried to feed op-amp output to noninverting input of another op-amp in same comparator configuration, but it produce constant output regardless of whether PWM input is present. Schematic looks like this:

I think I either doing something wrong regarding second op-amp, or missing some concept of using it. Any help will be highly appreciated.

when any signal (duty cycle >0) is present

you need to detect

it can be done with logic gates, flip flops, diodes, capacitors and / or a mcu.

edit: here is one example of how it can be done, with a look-back window.

U1A and U1B form our on-again-and-off-again pwm, for simulation purposes. the output from U1B is being OR's on U1D (actually the two signals, as discussed, are negated and then AND by U1D), to produce the output: it goes high once an active high is detected, or no transition is being detected within the look-back window.

here the look back window is set to be about 100ms but you can change it to your liking.

all done with NAND gates, and some passives.

You need a retriggerable one shot followed by an inverter.

The 74HCT123 (truth table is shown below) is one such integrated circuit – a retriggerable monostable multivibrator. It's available for many logic families (e.g., 74LS123). The output pulse width is set with an external capacitor and resistor. The caps can be large, but for some logic families, large electrolytic caps might require a diode. 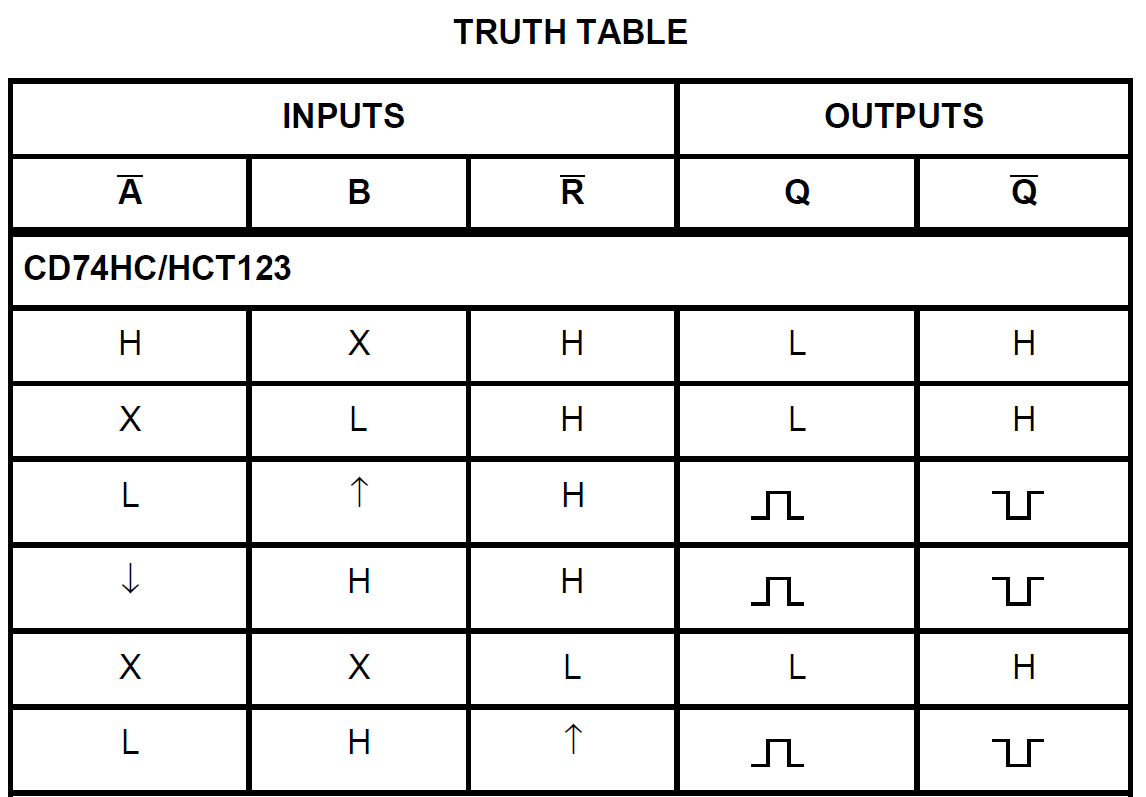 Note that there are many modes in which you can use this integrated circuit, and three of them produce timed pulses in response to rising or falling edges (i.e., the rows with up or down arrows).

“Retriggerable” means that the output of the integrated circuit will remain high so long as the input sees triggers before the output returns to a low value. As you can see from the example timing diagrams that follow, after a rising edge on the input, the one-shot produces an output pulse and then goes low tw after the input rising edge (if the inputs are so configured), unless before time tw another rising edge is provided, in which case the output stays high until tw following the last rising edge. 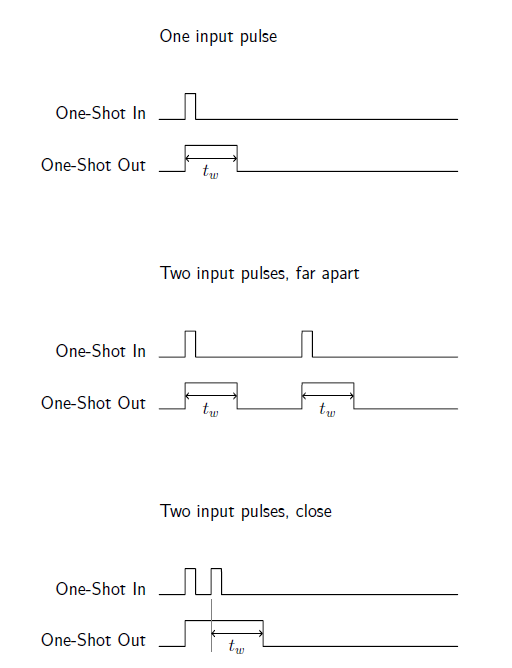 So, you just put your PWM signal in to the one-shot, with the width set longer than the PWM period, and you generate a signal that stays high until the PWM is over. You send that through a simple inverter. In fact, you don't need the inverter, as there is a \$\bar{Q}\$ output on the chip already.

Not the answer you're looking for? Browse other questions tagged operational-amplifier pwm or ask your own question.

1
LMC6062 Jumps too Rail when 1V below
8
Amplifying a PWM signal with an op amp. Is the slew rate a problem?
1
High impedance opamp attenuator
0
ADC signal long trace voltage drop compensation using amp and return trace
1
Integrator as DC servo
3
PWM nonlinearity
8
How does an op amp integrator work?
2
Is there a simple way to discharge a bipolar capacitor using a 5V signal and a MOSFET/BJT?
0
ic to drive either one pwm signal or another
0
Differential Op-Amp Input Voltage