I have built the following N-MOS & P-MOS push-pull dual MOSFET circuit. Its purpose is to control some external LEDs from a 3.3V microprocessor.

However, there seems to be a problem, where the dual MOSFET chip “SI4554DY-T1-GE3 Dual N/P-Channel” dies a horrible fumy smoke death, when 12V is connected as shown in the schematic below.

The smoke appears even when no load is connected and the MOSFETs are not switched (idle).

Can you help in identifying the problem? Thank you! 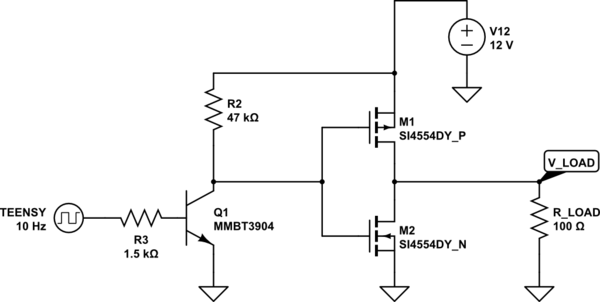 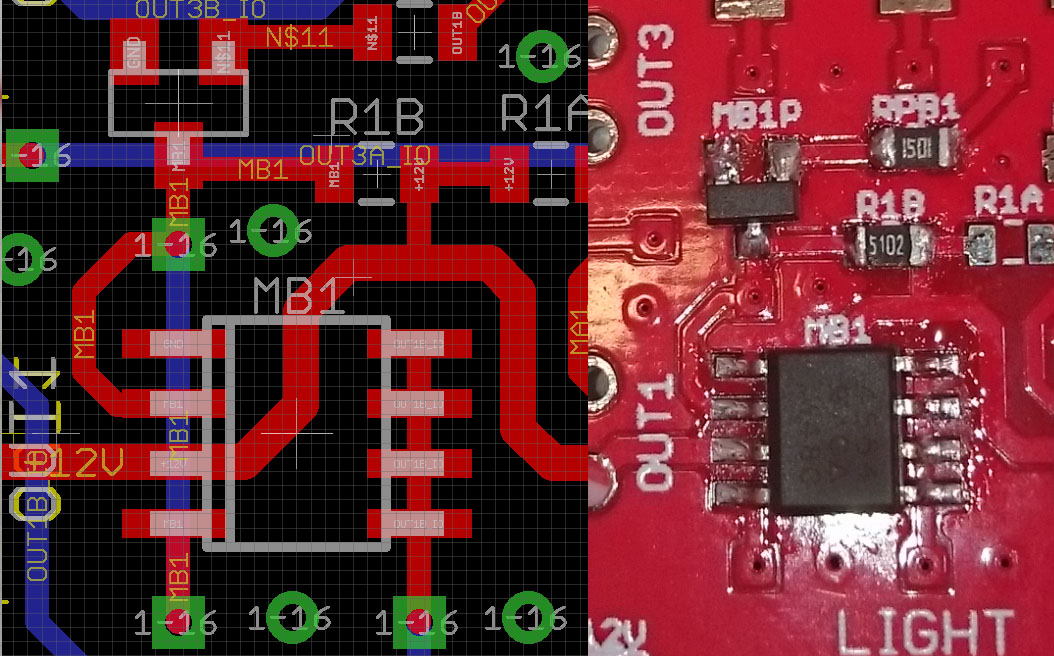 Your Push-Pull configuration is inverted. N-channel MOSFET is supposed to be connected to +ve rail and P-channel MOSFET should be connected to -ve rail. Your circuit blows up because both the MOSFETs will turn on for some amount of time when input changes from low-to-high or high-to-low. This will cause short circuit and you will get the magic smoke!

Please see the reference link below:

Push pull-circuits of that design are notorious for fusing through due to inadvertently turning on both mosfets simultaneously.

Obviously, this can happen during switching, but it can also happen as the power is applied to the circuit. The current pulse is normally very short, however, the smaller the mosfet devices the more probable a failure will occur on one or both of them.

As such, when using rail-rail push-pull drivers like this it is required that some protection be provided to ensure that the current can not spike through the bridge.

Below is an example that uses an in-line inductor as a current choke. 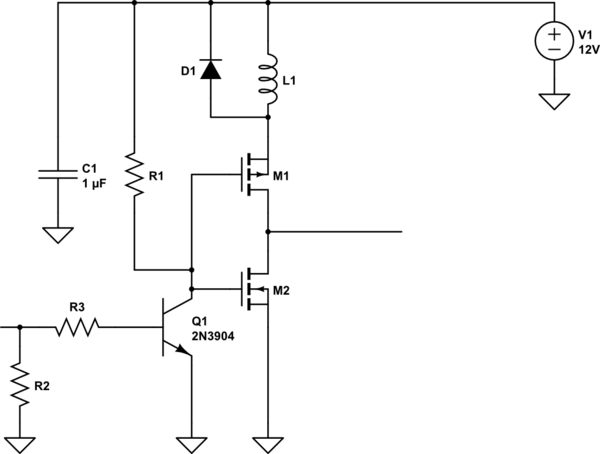 L1 and D1 in the schematic above should be sized to limit the rise time of the current to be significantly less than the switching time of the mosfets.

Resistor R2 should be included to force the circuit into a particular state while the logic that is driving it is powering up. This is especially true if the signal originates from a micro that is initially configured as a high impedance pin. Whether this resistor is pulled to ground of logic 1 will depend on which state you want the output to start in.

C1 is intended to try and protect the mosfets from any start-up voltage spikes on the power supply.

R1 should also not be over-sized. It needs to drain the capacitance of M1 and charge M2 quickly enough when the transistor turns off.

Ultimately, with this type of driver, it is preferred that separate control signals be used with a built in dead-time where both switches are turned off before one is turned on. In addition to giving you more protection for your driver, it also adds the functionality of being able to disconnect the output entirely.

When you say 'testing with NO drive signal', do you mean "no drive" is low resistance ground or O/C.

If Vin is always high or low then Q1 state is defined.
But O/C Vin allows Q1 to possibly turn partially on - which can be disastrous.
Regardless, a highish value resistor from Q1 base to ground is in order - say 10K.

Several people have mentioned shoot through via M1 & M2 and several schemes have been proposed. POSSIBLY useful is a zener from Q1 C to each FET gate and a resistor per FET that turns each FET off from Gate to source.
2 x say 6V8 zeners on a 12V supply means that there is minimal crossover. 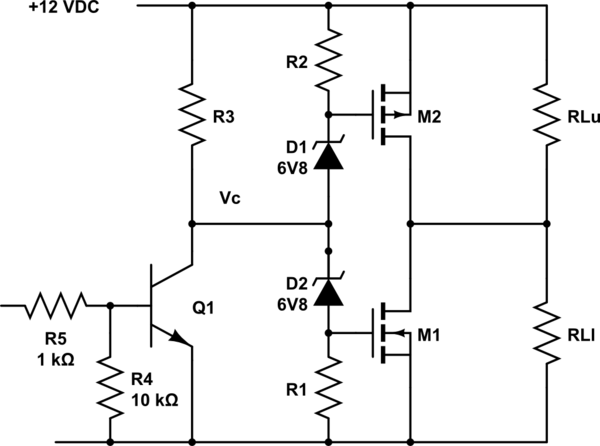 I am soon intending to experiment with dual gate (MOS) FETs' and this article has provided inspiration! Thanks :-)

Not the answer you're looking for? Browse other questions tagged voltage transistors current mosfet circuit-design or ask your own question.

4
Why is the MOSFET driver in this circuit dying?
0
Switching a Step Up Converter with Mosfet
1
P-channel MOSFET with variable resistance on the drain
0
P-channel MOSFET for 100A?
0
DC Motor driven by P-MOSFET stops after half turn
3
Inverter Design - High Side MOSFET Switch-off Issue
0
Using MOSFET to turn on/off auxillary electronic circuit
1
Any way to build Analogue Multiplexers using MOSFETs or JFETs or BJTs
2
BJT to aid switching a MOSFET