The PC industry uses a large variety of power connectors which were originally introduced by Molex, using their trademarked (and search-engine unfriendly) brand name "Molex Mini-Fit Jr". This started with the venerable ATX power supply connector shown below: 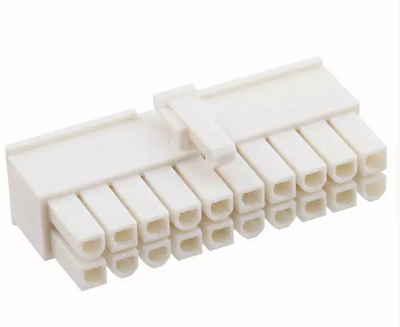 What is the non-trademarked generic name for this family of connectors?

These connectors are manufactured by several other companies (AMP, TE, FCI, Amphenol, etc) so it's not a Molex-proprietary technology, and I don't think it would have become so widespread if it were anyways. But the other manufacturers list their products under nothing more than a long sequence of digits, like TE's "1586041-6".

I would like to be able to search for connectors in this family without limiting myself to Molex products, which are the only ones that can use the trademarked term "Mini-Fit Jr". There must be a generic term; I'm not a lawyer and don't want to devolve this into amateur legal debates, but my understanding is that in order to maintain a trademark ("Kleenex", "Xerox") there must be a generic term for the product ("Tissue", "Photocopier"); if one doesn't exist then Molex can't enforce their trademark on "Mini-Fit(tm) Jr(tm)"

Additionally, I'm hoping to find the standard that specifies these connectors. After using and examining a lot of them, there appears to be a method to the madness of the keying. You'll notice that some of the pins are square and some are chamfered. Right off the bat that prevents upside-down insertion so long as the male connector (which has a female housing) contains at least one chamfered pin. However it also helps prevent insertion of incompatible connectors: for the vast majority of connectors in this family, each column of two pins has one chamfered and one un-chamfered pin. This means that for a two-row connector with n pins there are 2^(n/2) possible keyings. The ATX connector above is a great example of this. Another example is the 6-pin male PCIe connector shown below: 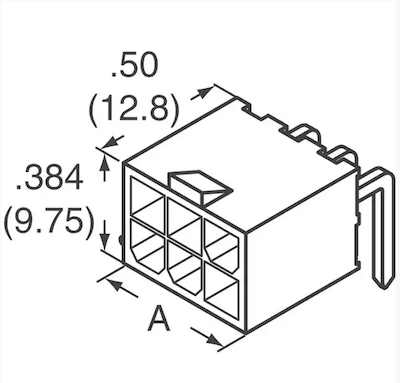 However there are exceptions! I've come across GPUs before with the connector below that have two chamfered pins in the middle column: 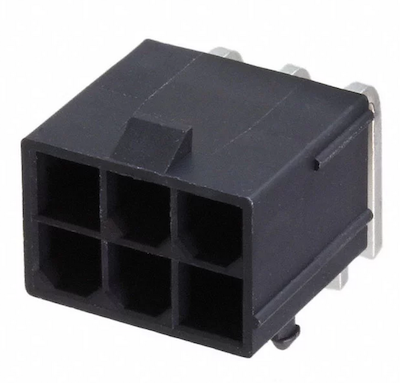 These require a cable that also has two chamfered pins (chamfered male requires chamfered female, but square male will mate with either chamfered or square female) like this one: 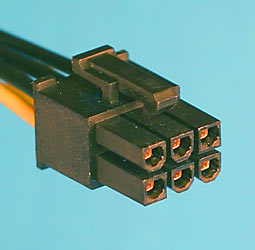 Clearly there are a lot of subtleties here. Molex has an irritating habit of not fully describing the connector in the product name; for example the connector above is "Conn Power HDR 6 POS 4.2mm Solder ST Thru-Hole 6 Terminal 1 Port" which does not distinguish between the (at least) two possible incompatible keyings!

All of this brings me to the second question:

Is there a standard that names the possible keyings so that a particular keying can be searched for?

A lot of great information on this topic (but, unfortunately, not the answer to my question) can be found at All about the various PC power supply cables and connectors

The EPSV12 v2.0 specification actually names "Molex _____ or equivalent" in the specification so it's a bit more than a de facto but not quite de jure. Several suppliers keep track of equivalency tables for the various part numbers, but not all do. Sometimes politics gets in the way of those tables being complete (for example, DigiKey keeps track of drop-in replacements but I've noticed they don't generally list any for Molex products). Molex helpfully (/s) has a database that will tell you the equivalent Molex part number, but of course it doesn't work in the other direction.

If you want to find equivalent connectors, start with the pitch on any distributors website and start mulling over connectors. Then get the mechanical documents and compare them. More often then not there aren't equivalents.

According to Wikipedia, the technical term is a pin and socket connector, although the vernacular (in my experience) tends to be either "molex connector" or "motherboard/CPU/whatnot power connector".

Not the answer you're looking for? Browse other questions tagged connector pcie or ask your own question.