Why the magnitude response of my low-pass passive filter is not flat at some frequencies?

This filter is used as an anti-aliasing filter to filter the current output of AD9744 DAC (digital to analog converter). Plus the passive filter itself, it also include some load resistors such as R1, C1, R3, R2 which are shown in the following picture. I simulate this circuit in LTSpice:

However, the magnitude and phase response is NOT flat, as can be seen in the following picture (V(ap) is the voltage at the ap node, V(bp) is at the bp node):

Where the voltage at the ap node in NOT flat, which seems like to be fluctuated, and the response at bp is also NOT flat. So what is wrong with my circuit?

The followings are my simulations using NuHertz: 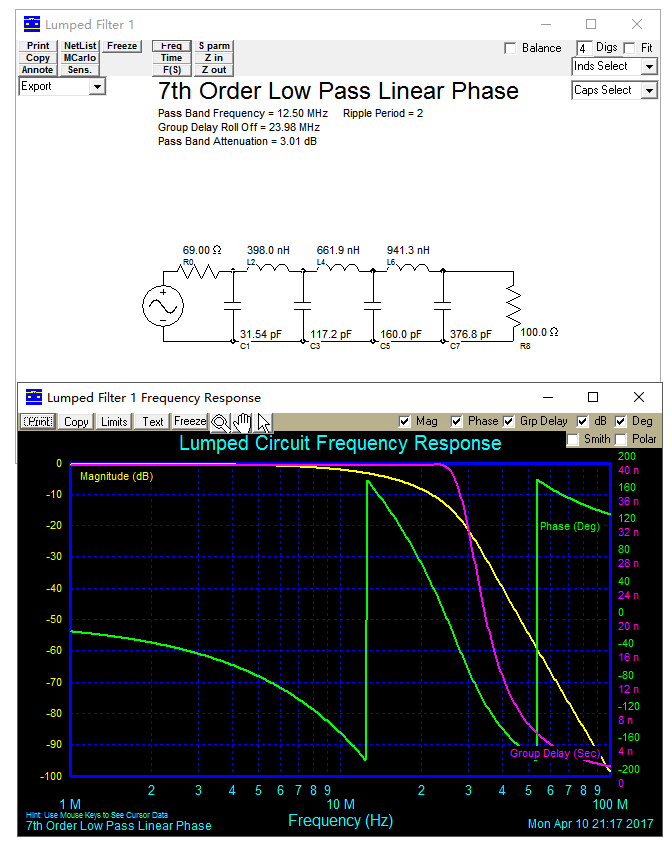 And the simulation in NuHertz using the values in Agilent 33220A: 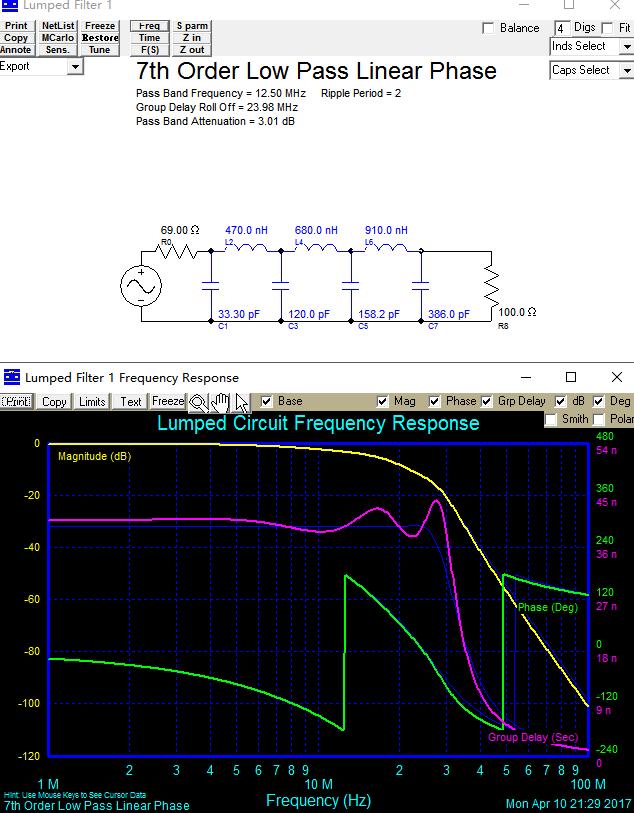 The Agilent design uses inductor and capacitor values that you can actually buy. The NuHertz design (at least the first one) uses values you'd have to have custom wound and carefully trimmed.

Of course component values also vary from part to part and when the operating temperature changes. The Agilent designer likely determined that given the requirements of the application, the off-the-shelf values are close enough to give adequate performance. For your design, you should simulate the response with different values for the components depending on the precision of parts you're going to use, and verify that performance is adequate over the expected range of variation of all the components.

Not the answer you're looking for? Browse other questions tagged filter ltspice passive-networks low-pass passive-filter or ask your own question.