I built an audio amplifier based on TI's TAS5630 IC. This is a Class-D amp with multiple configurations. I'm using it as a 2-channel amp. The problem is that this configuration requires a differential input. So I built this little circuit that seems to do the job: 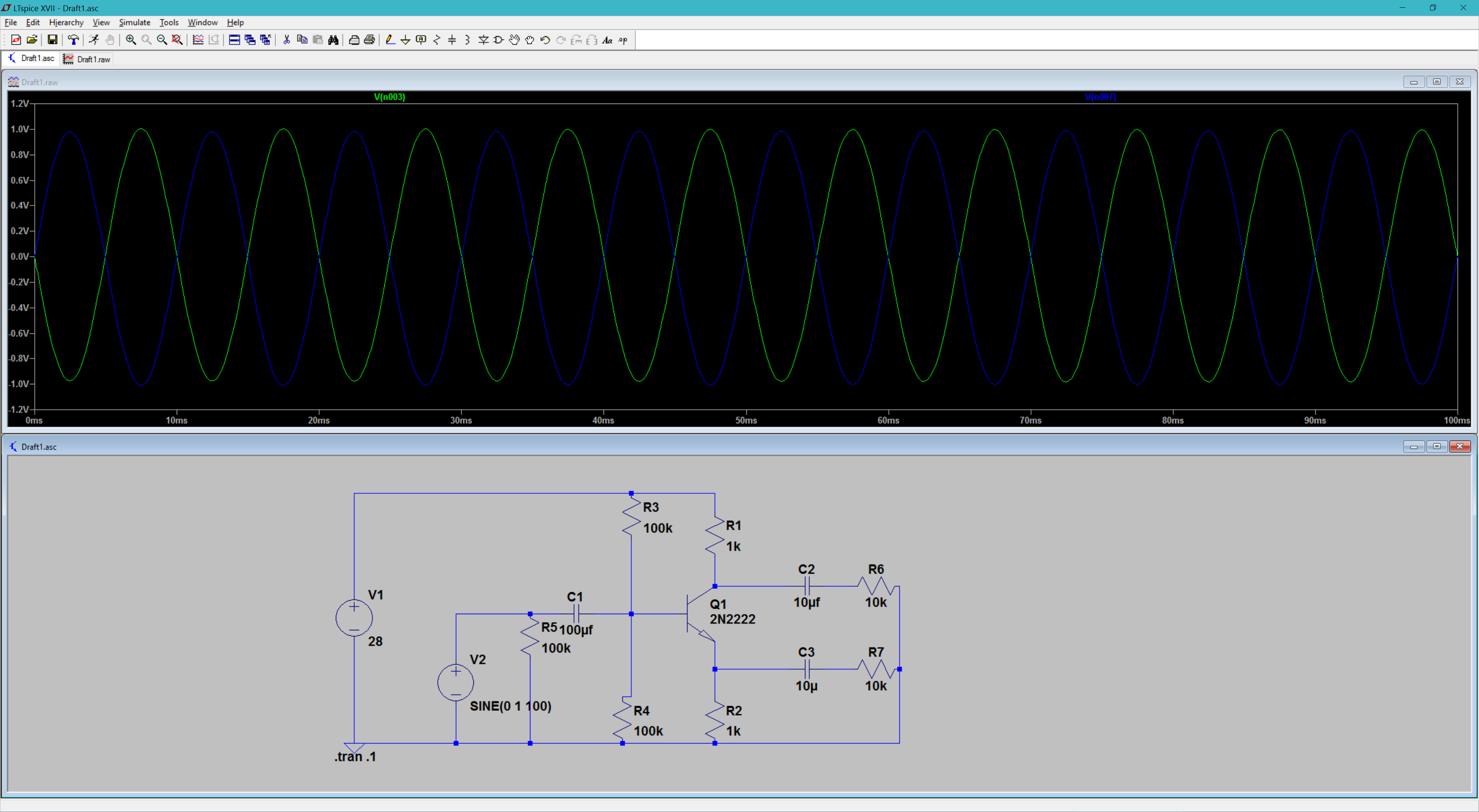 Is it worth designing an opamp based circuit or is this "good enough"?

I was puzzled at why your simulation should work as well as it appears to, given that R3 and R4 are identical, setting the base to more or less mid-rail, which means you have no voltage across the transistor. However, if it happens, it must be true.

Then I realised that the transistor is probably drawing enough base current to move the base bias point down just enough to work with those small signals. However, this gives you little headroom, significant distortion on the collector due to the low Vce, and you can't guarrantee you wouldn't get a transistor with much higher beta (finally a circuit where too much beta is bad!)

The solution is to explicitly move the base voltage down, with perhaps R3/4 as 100k/47k to get nominally 1/3rd of the rail. This gives you a decent Vce and signal swing, and for any practical beta.

I would always be happy with a circuit like this, even though the distortion would still be measurable. It's insignificant compared to the distortion a loudspeaker can generate, and it's tame, very low order.

With this large supply voltage, you could get quite a pop as you power on, unless you take steps to mute the power amplifier initially. Make C2 and C3 as small as possible consistent with transmitting your lowest bass notes to minimise the time it takes to charge them. At the moment, if we assume the R6 represents the load, the time constant is 100mS, so frequency response going down to -3dB at 1.6Hz, which is overkill.

A balanced rail circuit could be made to deliver less pop on power on, and an opamp could deliver less distortion, but unless you use a decent (expensive) one, noise will be larger (but probably still insignificant compared to the power amplifier).

Not the answer you're looking for? Browse other questions tagged transistors operational-amplifier audio bjt preamp or ask your own question.

0
Driving line input of a speaker from a differential amplifier, why is the output clipped?
6
Audio summing mixer- inverting or non inverting output?
5
Efficiency of obtaining differential signalling from a single-ended manufactured transducers
1
Accuracy of a single to differential ended circuit
1
OP Amp as audio preamp - am I doing it right?
1
Single supply amplifier for driving 8ohm, 0.7W speaker