Drain to Source Current Waveform on Mosfet is Slow

I am currently trying to build conventional bi-directional DC converter and see the mosfet behavior when controlled with PWM signal. based on theory, the drain-source current (Ids) and drain to source voltage (Vds) will switch at the same times when the mosfet turned on or off as illustrated in figure 1. this known as hard switching. but when i tested in actual bi-converter that i made, the waveform of Ids is somehow different from what i expected (far from trapezoidal waveform). As you can see in Figure 2, the Ids is somehow take a long time to rise and fall even the gate already switched. 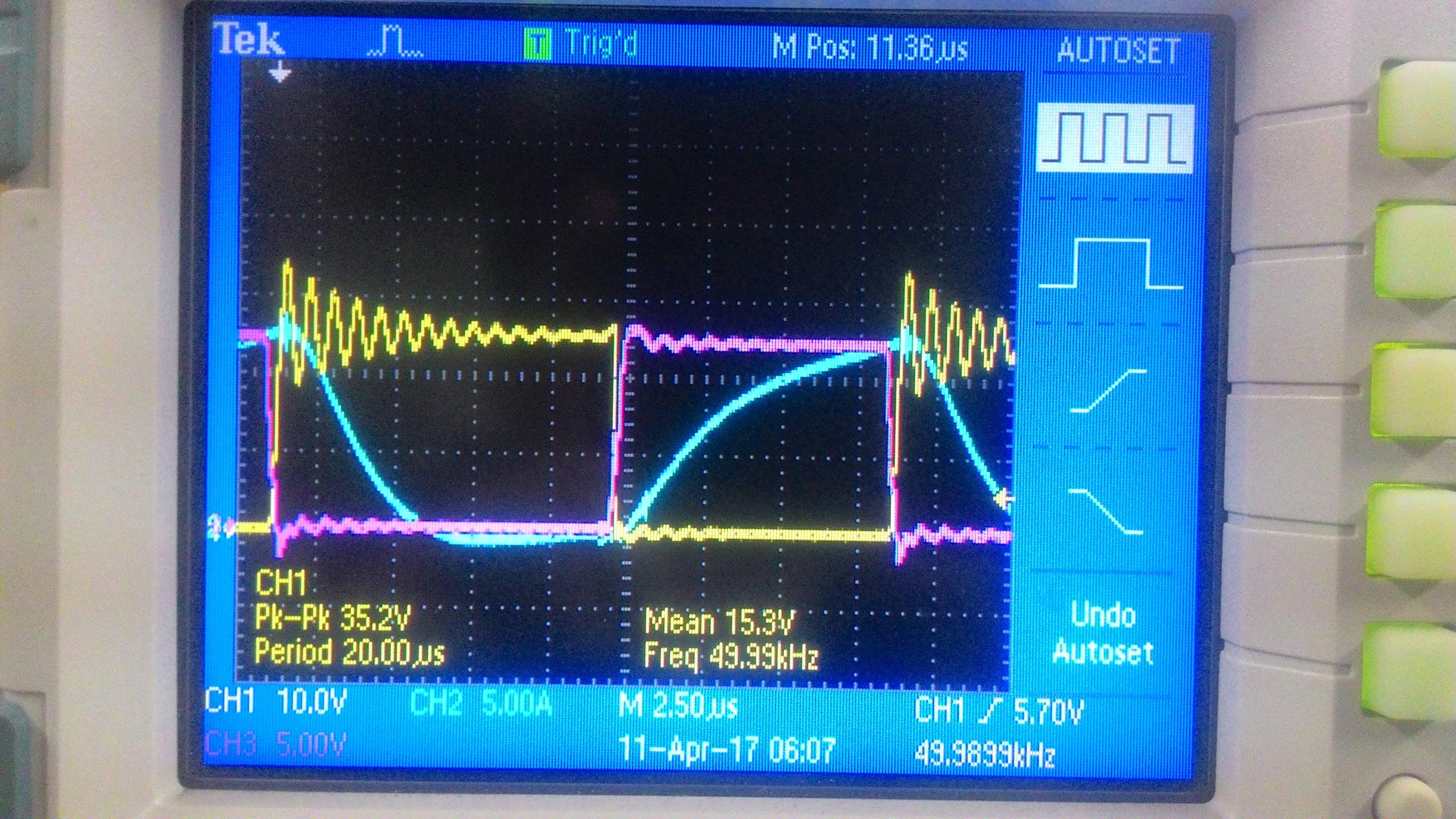 I am quite new to electronic, and what I've been doing so far are

what I want to ask are:

I knew that hard-switching is not good, but i need to generate hard switching waveform in actual converter i made for my project. anyone with more experience with this Please help me, thanks.

EDIT: This is my converter schematic. figure 2 generated under buck mode. 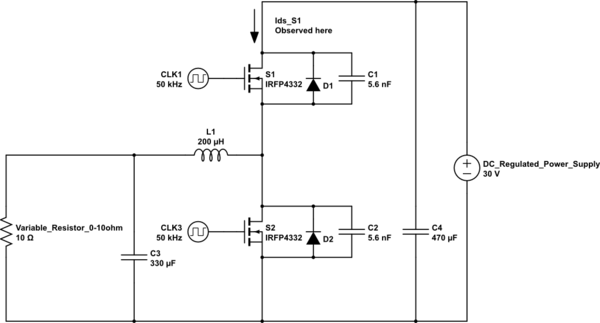 @Andyaka detail Added. I use resistive load only for the load

I beg to differ, clearly there is a 200 uH inductor in series with the output as would be the case in many designs (but different values).

This is the item that causes the slow rise and fall times of current through the drain of the MOSFET. This is the sort of waveform you should see: -

And, if your switching frequency is lowered you will see start to compress at the peaks (as is seen in your picture).

V = L di/dt or, rearranged, if you put a constant voltage across an inductor of value L you get a constant value of di/dt (rising or falling).

Not the answer you're looking for? Browse other questions tagged power current mosfet waveform or ask your own question.