I have a circuit powered from a single Li-ion cell. It contains a microcontroller which is powered by 3.0 V directly off the cell (through an LDO linear regulator).

This circuit has a 12 V load, so I designed a boost converter to step up the voltage from the battery, and to save on cost, rather than going with an SMPS controller IC, I've implemented the control logic in software inside the MCU, outputting the MOSFET switching signal from a GPIO with the same voltage level as the MCU's supply (i.e. 3.0 V) and limited current sink/source capability. Thus, a gate driver is called for.

Finding a suitable gate driver circuit has proved a daunting task, especially as most MOSFETs don't like being driven with only 3.0 V. My first attempt was to use the FAN3111 as a gate driver, but I didn't pay attention to its minimum supply voltage of 4.5 V. It was meant to be supplied from the boost converter's 12 V output, but this created a bootstrap problem: before I start switching the MOSFET, my boost converter's output is the battery voltage minus a diode drop, so not enough to power on the gate driver, and thus the switching won't start.

I investigated the following possibilities, but none are completely satisfactory, so I'm looking for new ideas:

Can anyone point out alternatives that I'm missing?

I think you've covered most options, though one I can think of that you didn't list explicitly is making a charge pump manually. It isn't infeasible since you have a microcontroller. If you have access to cheap passives, that could be cheaper than a charge pump IC.

However, the cheapest, smallest, and most efficient option is probably going to be the integrated solution. It's also simpler and going to have a better chance of working properly under all conditions. Semiconductor companies make big bucks creating switching regulator controllers which are cheaper and smaller than you could create them manually. That said, there is something to be said for the additional control that comes from doing it yourself.

But, I can't think of and I don't know about every other potential solution, so just for fun, let's explore the Rube Goldberg machine and see if it really is too complicated.

Here is a quick simulation I threw together of the complete circuit:

Here's the bootstrap and output voltages (note the 100mA load above):

Here's the gate drive waveform (100 KHz) once it stabilizes:

Up in the top-left corner we have our bootstrap voltage creator (Dickson charge pump). It's not the best design, but in simulation it gives you 9-12V at a low voltage from two GPIOs (V1 and V3) on your microcontroller PWMming opposite of each other. LTSpice says the average current of V1 and V3 is 1.3mA, but the peak lives around 120mA. I'm sure you could tweak it to be much stronger (use one of those non-inverting gate driver ICs as a buffer for the 0-3V signal into the capacitors). In terms of components, the schottky diodes often come in packages of two, so that's two and a half SOT-23's and five MLCC caps. Alternately, you could just use the charge pump IC instead of all this.

Near the middle we have our totem-pole (aka emitter-follower) gate driver and simple level shifter. Someone once told me that gate drivers are like putting boxes within boxes. You start with a small box (power and voltage capability), put that box into a larger box, and so on until you reach the required drive strength and voltage levels. The totem pole (Q2 and Q3) should be eerily similar to the ZXGD3009DY you mentioned in option 2 and can be replaced with a single IC. The level shifter (Q1, Q4, R1-R4) is a very simple, unbalanced (the low-level impedance is quite a bit higher than the high-level impedance...but that totem pole doesn't mind too much) arrangement which works well enough in this situation. If needed, you could put the level shifter into a high-impedance 12V buffer and feed that output into the gate driver to balance things out and provide faster switching times.

Alternately, I might suggest something like the MCP1406 instead of the discrete gate driver, as it integrates level shifting and should work with 3V logic (2.4V min Vih, 0.8V max Vil).

In total, you would need the following components (aside from the boost converter parts):

That's 8-14 fairly small components and I wouldn't consider that too intimidating or Rube Goldberg-like. The fully integrated solution has basically all of those components inside of it (except the caps) plus feedback logic and such.

Really I think the only question is whether or not you need the control of a discrete circuit or the efficiency and small form factor of a fully integrated solution.

After much searching, I found the following circuit:

Simulation of the circuit was unsuccessful, but a version was built in a very improvised fashion, using long wires which should add quite a few parasitics. Nevertheless, the circuit appears to function in principle, as shown by the following scope capture: 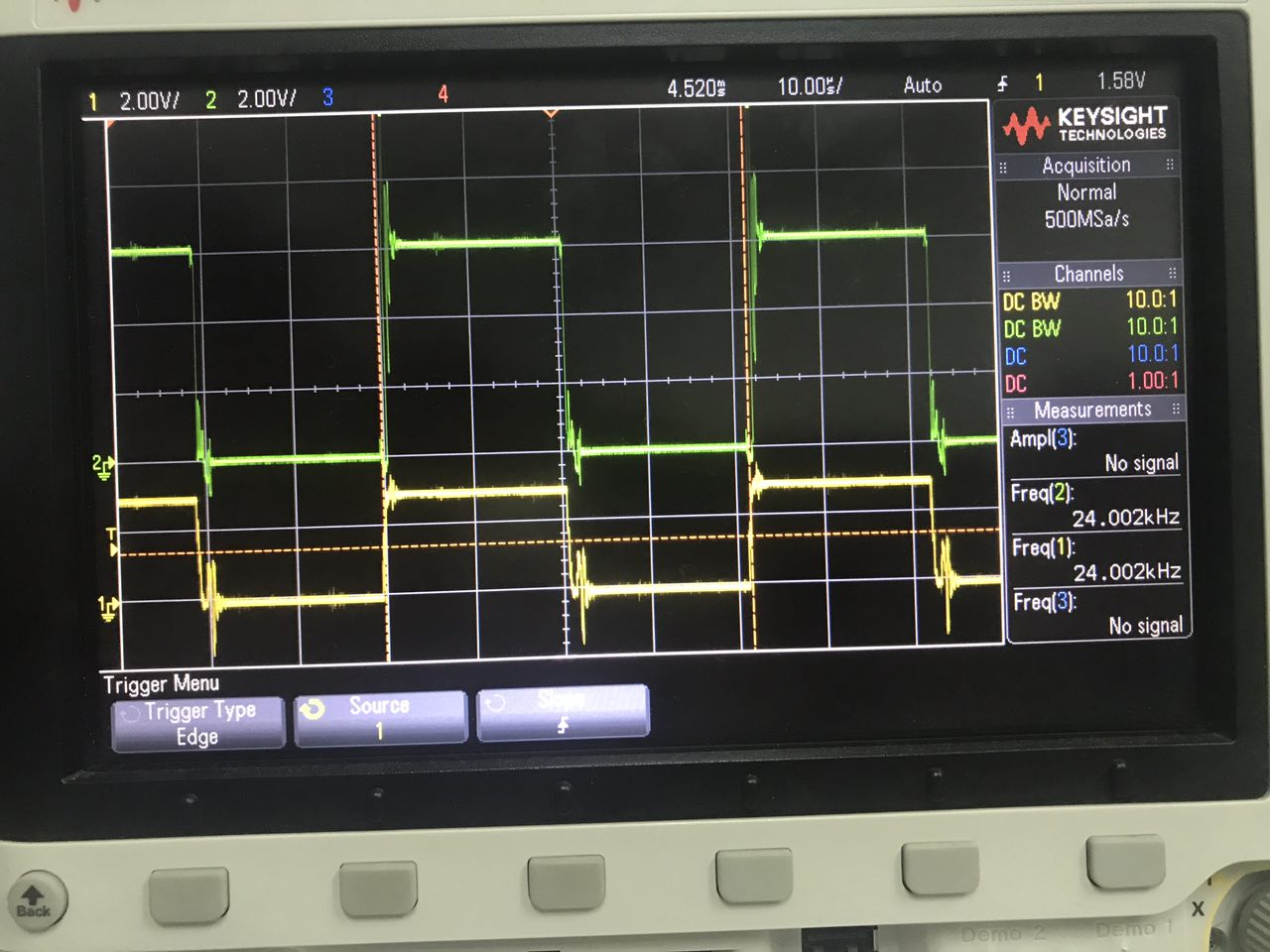 The yellow trace is a microcontroller generated 24 kHz signal with a 3.3 V level (a similar voltage, from a bench power supply, was connected to the V2 rail). A 6 V source was connected to VDD, and the output voltage is shown as the green trace.

There was an issue with high current consumption (slightly less than 100 mA), but that is probably due to shoot-through currents during switching, which I hypothesize to be due to excessive parasitics, courtesy of the improvised construction technique. This will be tested on a PCB in the future to verify this hypothesis.

Not the answer you're looking for? Browse other questions tagged mosfet boost level-shifting mosfet-driver or ask your own question.