Is the current zero on an opened branch using Thevenin's theorem? 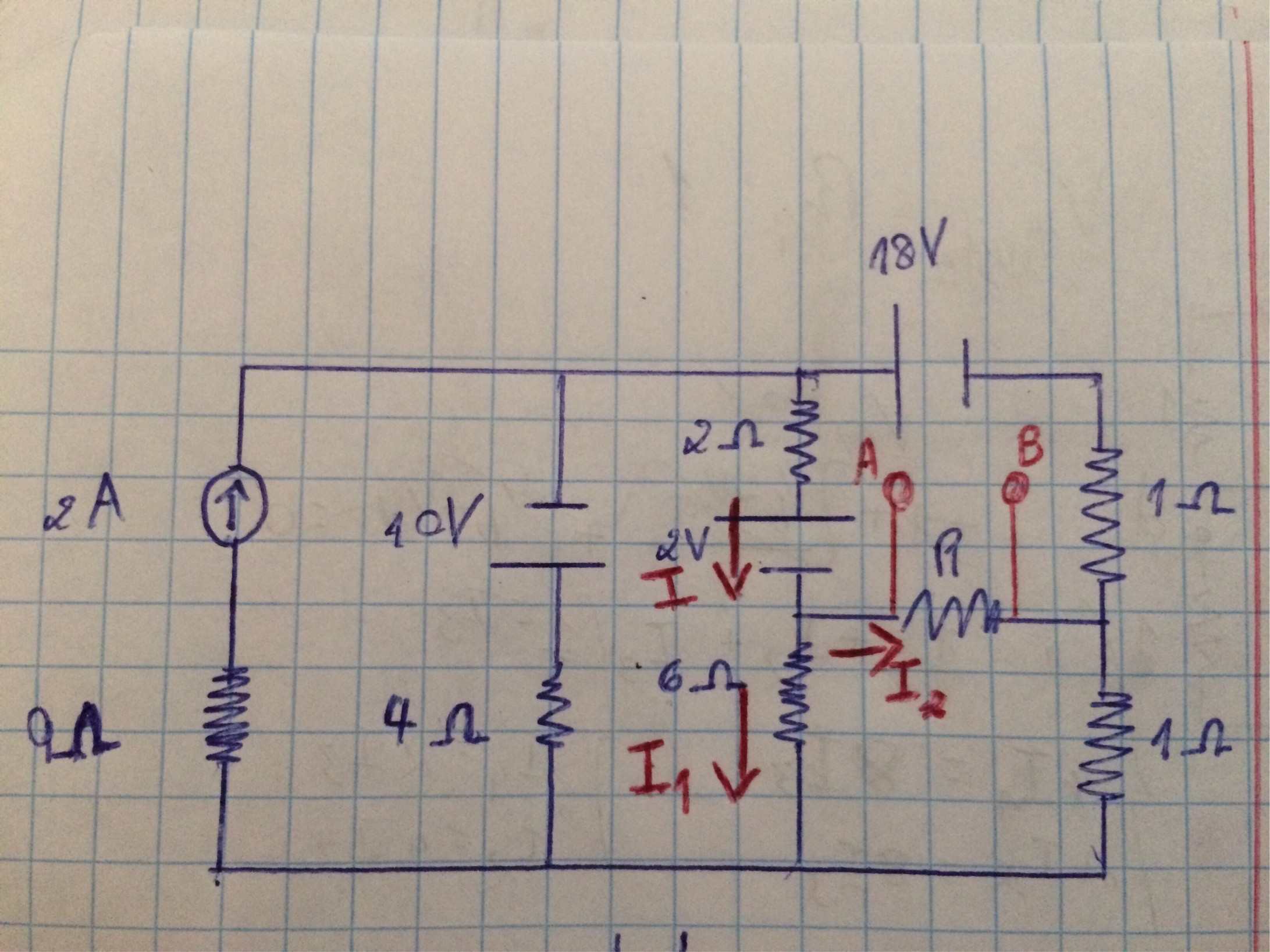 Initially it was all on blue. Then I opened the circuit in A and B (on red). The exercise asks the value of resistor R knowing that there passes a current of 1 A, using the Thevenin's Theorem. My question is, when I open the circuit on A and B, I remove the resistor R to the Thevenin's equivalent circuit. So, does the current I2 becomes zero, and I becomes equal to I1 ? It would be, since I'm opening the circuit there. But when ill find Thevenin's equivalent resistor, I can't say the resistor of 2Ohm is in series with the resistor of 6Ohm, so, the node between them keeps dividing the current to terminal A. How come? 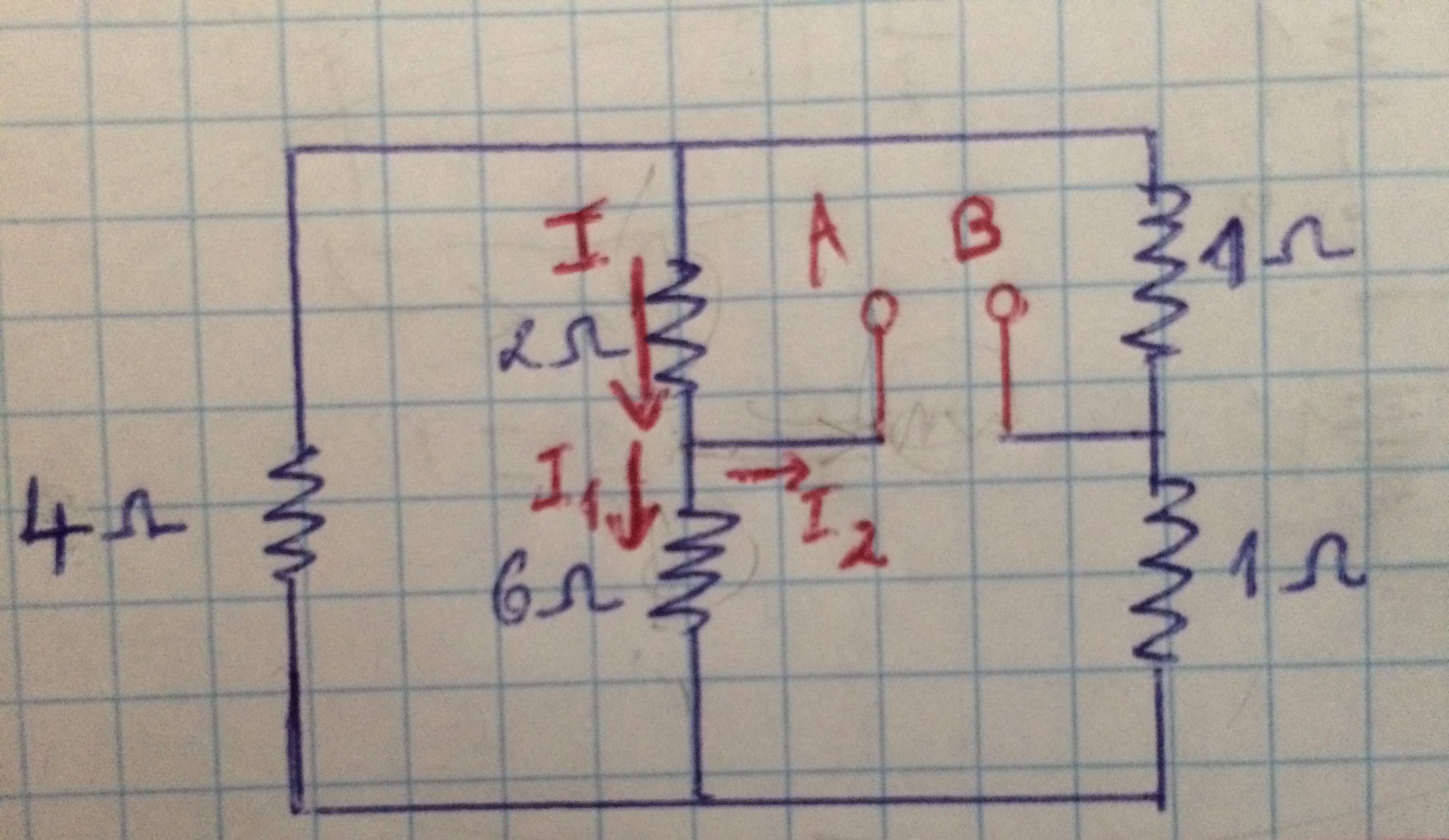 The goal of what you're trying to do is find the equivalent resistance in respect to the points where you removed the resistor. You are correct in that those 2 are in series, however by doing that conversion and turning it into a 8Ohm you lose one of the nodes connected to where the resistor used to be, and so it defeats the purpose of the whole calculation in the first place.

I would recommend re-drawing the circuit such that A and B are not in the middle of the diagram. That should make things easier to comprehend.

The exercise asks the value of resistor R knowing that there passes a current of 1 A, using the Thevenin's Theorem.

You may want to consider why the authors of this problem is giving you this information. Perhaps they are trying to reduce the amount of work you need to do?

As J.Jhon said adding the 2 resistors together is valid as they are in series but it does defeat the purpose of the question, so don't do that.

From my understanding of your question I think the problem wants you to use Thevenin's Theorem to simplify the circuit so you can eventually find the voltage drop across R then use Ohm's law to find the resistance value.

These pointers should get you started

Not the answer you're looking for? Browse other questions tagged circuit-analysis resistors thevenin or ask your own question.

0
How to obtain Thevenin's equivalent resistance in this example?