Number of independent KCL and KVL equations with practical example

(where \$N\$=number of nodes; \$E\$=number of elements on the circuits) gives us the linear independent equations on a circuit. 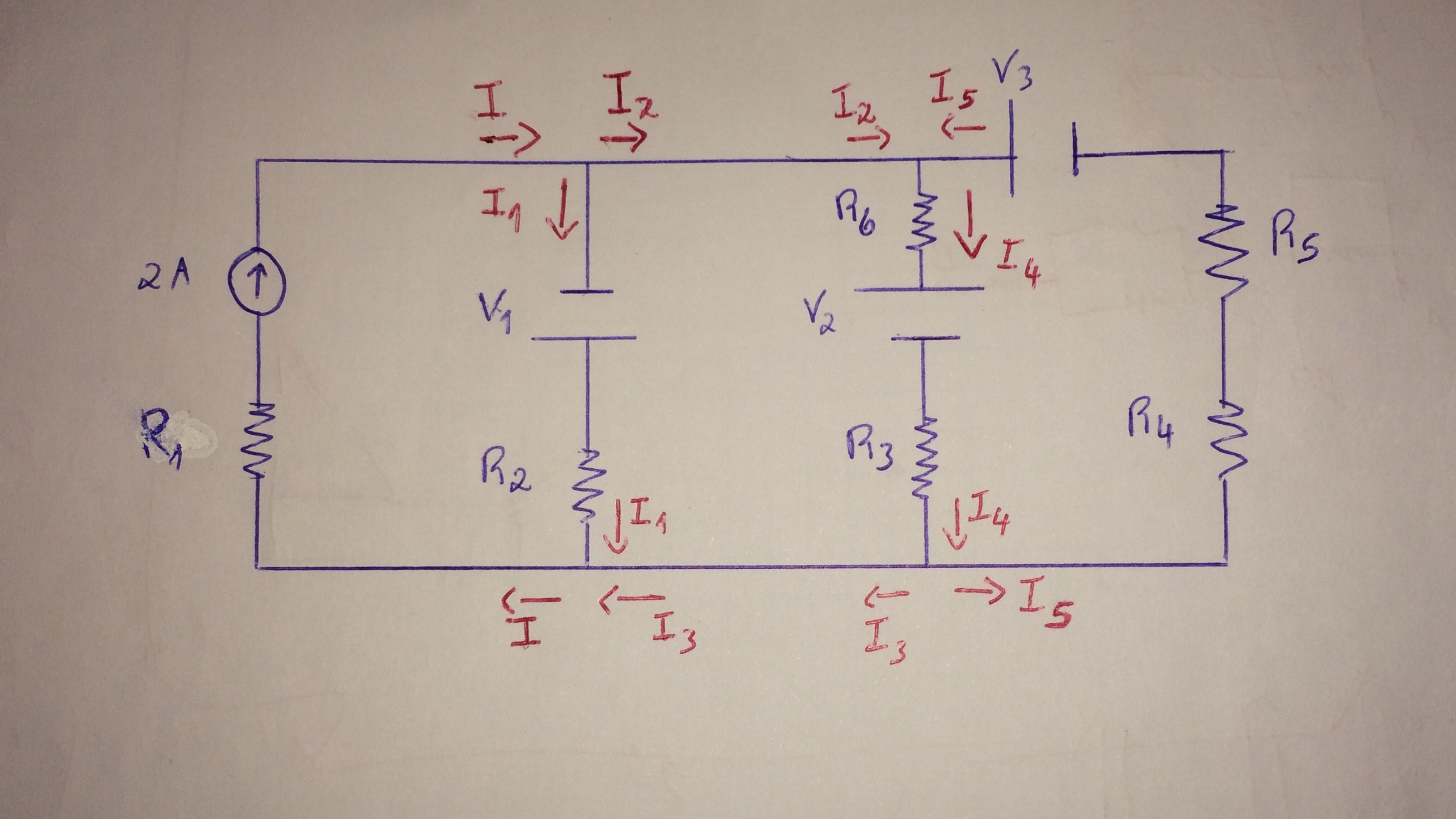 Here I have 8 nodes and 10 elements, so I got 7 independent KCL equations and 3 independent KVL equations, but I only want to know I,I1,I2,I3,I4,I5, so I just have 6 unknowns. So my doubts are:

I'll encourage you a little by showing how I might approach your problem and to show you the use of LaTex on this site, as well. Since you are aware of the supernode concept (a term I don't like, but live with), let me approach your problem from that perspective and see if you follow it fine. I'm going to "ground" the bottom supernode (call it \$0\:\textrm{V}\$) and label the upper-left supernode as simply \$V\$. Then it follows that:

Solving for \$V\$ is easy, now. Just divide the right side by the left side's factor. But once inverted onto the right side, this is the same as putting those resistor groups in parallel, so the resulting equation is:

This is the same as dismantling the upper-left node and bottom node (disconnecting all "feeders" into them) and then placing an ammeter between the now-isolated ends to measure individual loop currents, then summing these various measurements into the left side of the above equation. And then returning to the original circuit, but now replacing the voltage sources with their impedance (zero) and the current sources with their impedance (infinite), and then analyzing the resistance between the two nodes in order to form the right side of the above equation. (\$R_1\$, of course, disappears because of the infinite impedance of the current source there.)

Now. I've shown you my work. Show me yours. It's more algebra involved to approach the problem with all the nodes and elements you suggested in your question. But the important results will be the same.

In any case, I see nothing from you regarding the development of your KVL and KCL equations. Sure, you might worry about over-specification (there may be reason for worry there.) But I don't see any attempts to develop any of those equations. Let's see the attempt, at least. You need to expose your way of thinking about things.