Second Version display, Brightness not the same for all led!! 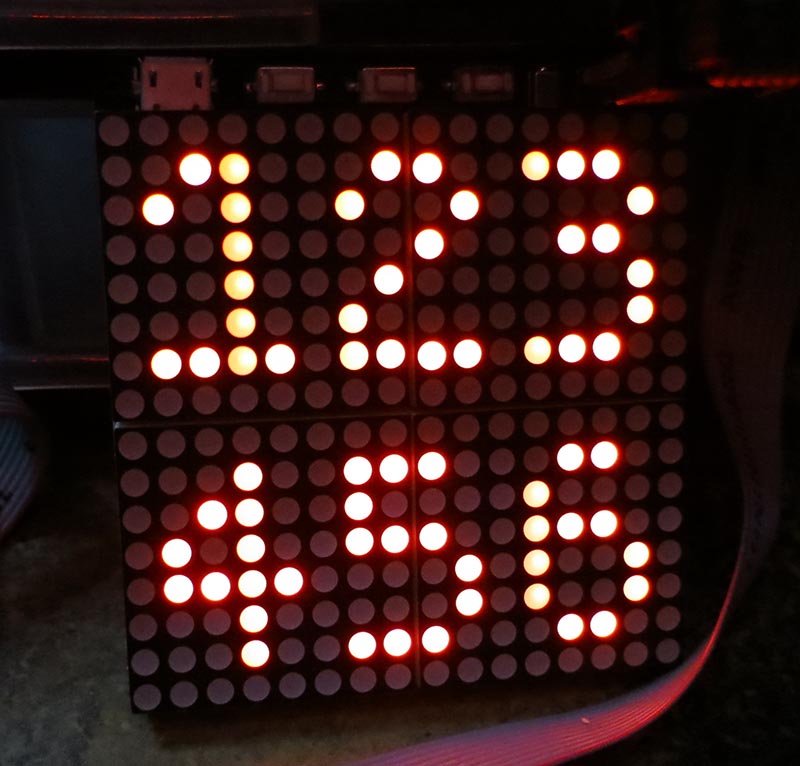 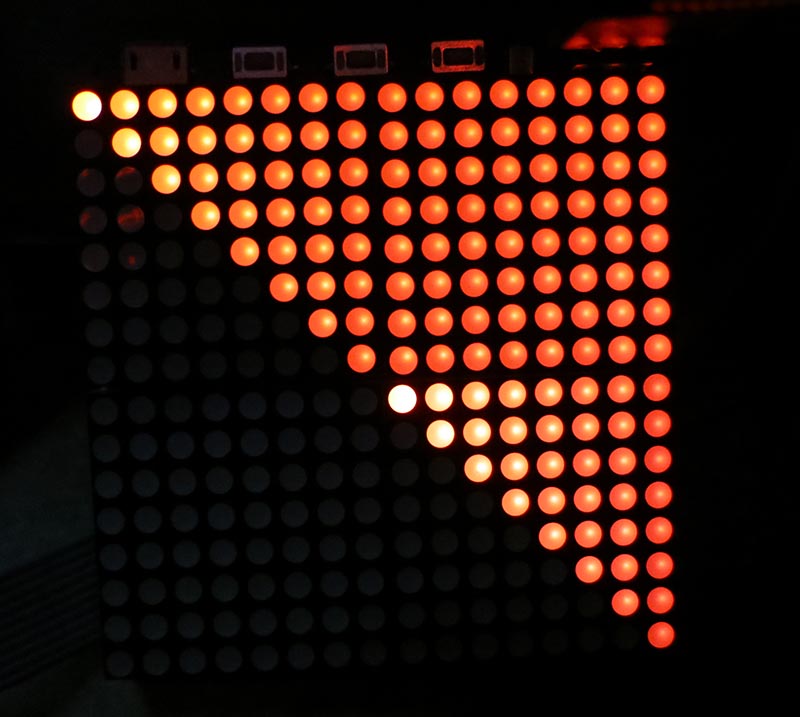 GOT IT working now!!: 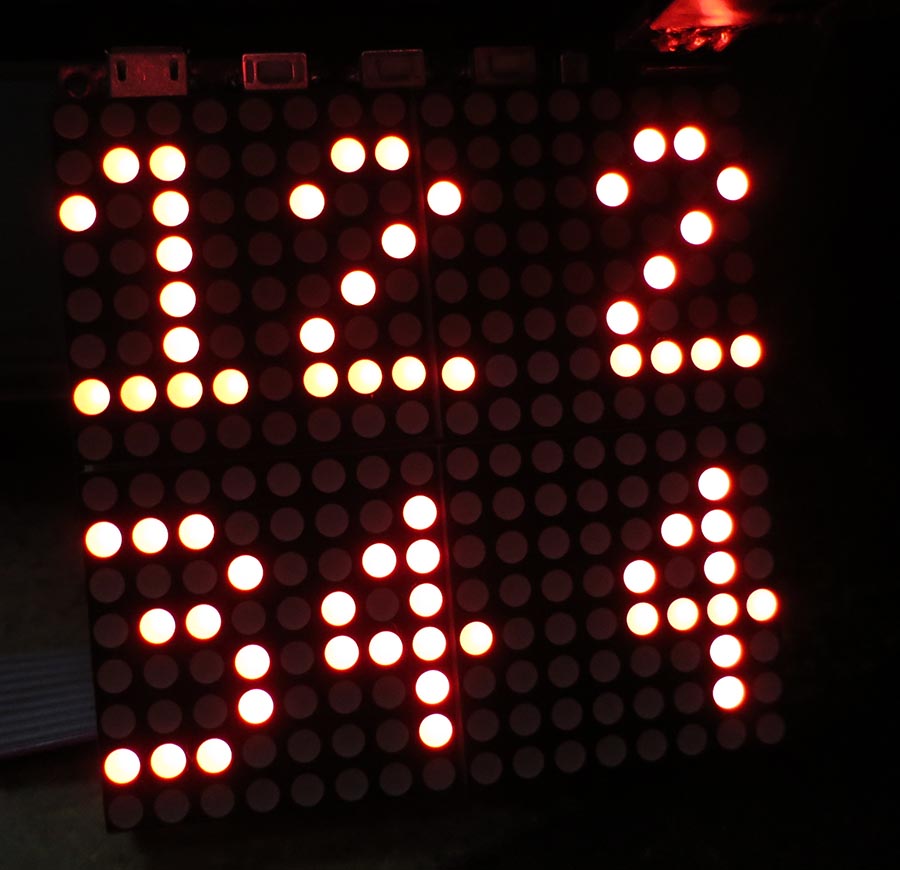 Second version is not correct because you are sharing resistor between multiple LEDs in the same moment. The current flowing through single resistor is a sum of currents through Ax, Bx, Cx and Ex (for any fixed x between 0 and 7).

Let's assume F0 is grounded in some moment of time-multiplex. Then, by setting A0, B0, C0 and E0 high you light top left LED in each matrix respectively. If you assume voltage drop over the LED is approximately constant, you have same voltage over resistor and same current through resistor regardless how many of these four LEDs are lit. But this same current is divided between one, two, three or four LEDs, therefore resulting in different brightness depending on how many matrices has this particular position lit.

Not the answer you're looking for? Browse other questions tagged led multiplexer or ask your own question.