PCB trace routing trick: how safe is it? [duplicate]

In a 2 layer PCB I routed some tracks under unused pins of a MCU to avoid GND polygon crossing, and also saved few vias. For example, using this trick 2 SDIO traces on the left were routed nicely together with other SDIO lines (and have a nice continuous GND on a bottom layer).

Assuming "standard" PCB/soldermask quality, how safe is to use this trick on volume production device (few thousand)?

I'm asking because I didn't see such routing in real-life products (did I invented new hack? :) and nothing on the Internet.

Unused GPIOs could be set to inputs and polled up/down internally, to be on a safe side if somehow soldermask is broken under them. 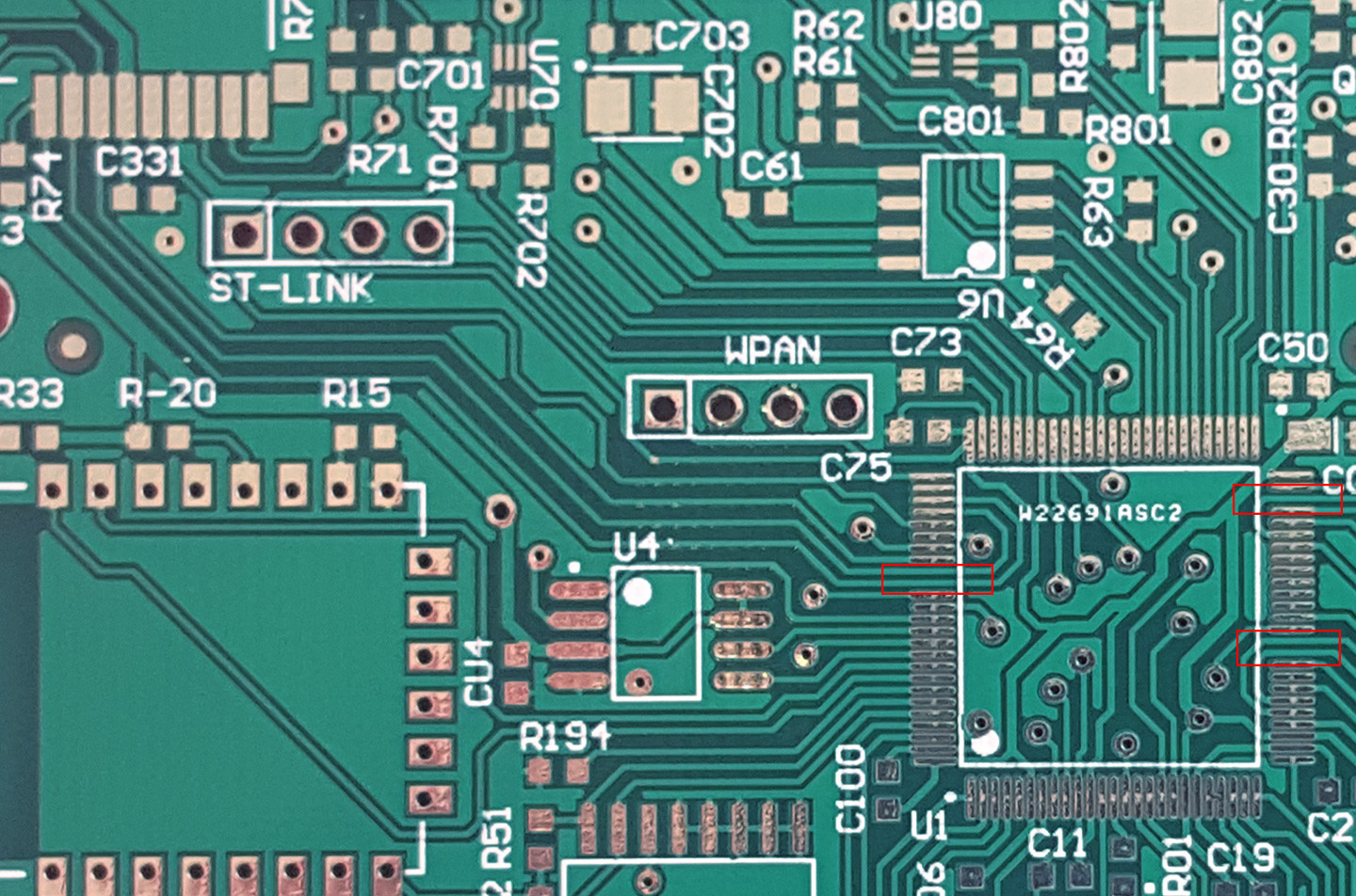 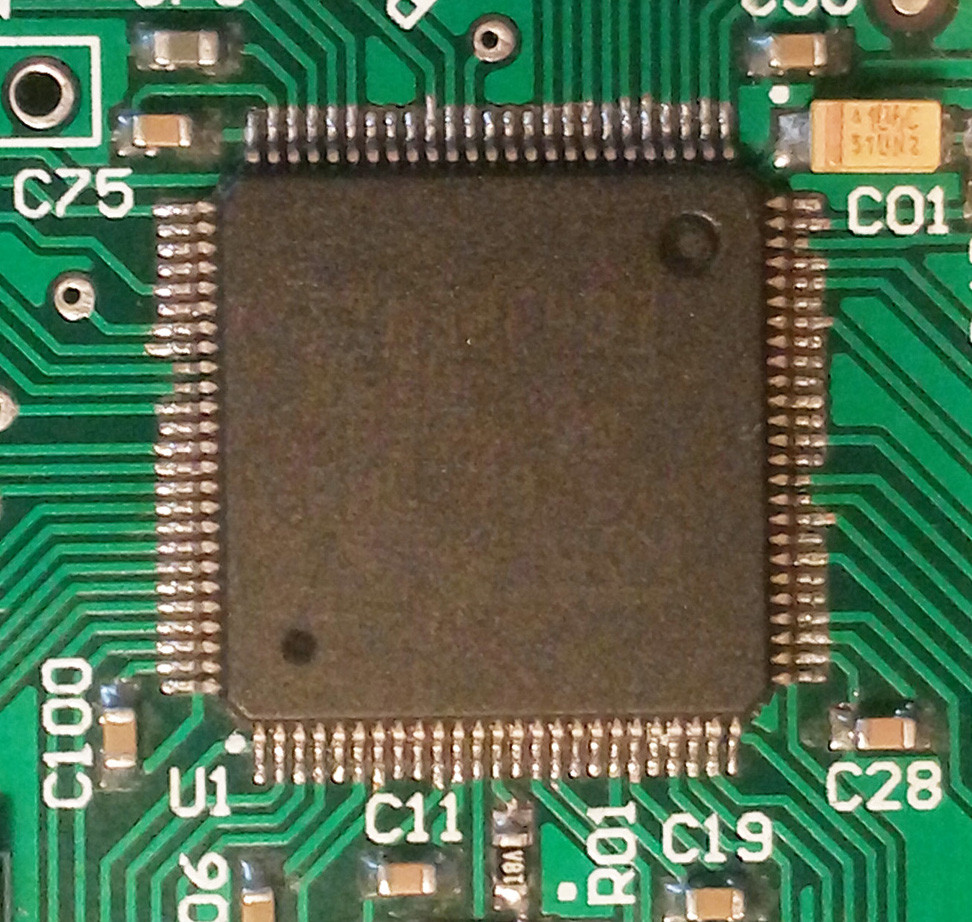 That is generally such a BAD idea.

Solder resist is not that thick and can easily flake off especially with another metal pin bouncing around on top of it. It is not intended to be used as an isolator like that.

If it's really necessary, I'd suggest bending up, or removing those pins from the device entirely.

BTW: I have also seen over zealous techs deciding that is a dry joint, scraping off the resist then hand soldering a path in order to fix some other unrelated issue.

I would ONLY permit a board designer to do that if the pin itself is unconnected/unused in the device itself. EG. an unused input on a FPGA etc. Even then I would get them to leave the pad in for mechanical stability and just route through it.

Further, there are only two reasonable reasons to do that. One is to remove a via elsewhere. Though removing vias does improve a boards reliability a little, you lose that improvement by running under a mechanically floating pin. The other is if there is absolutely no other way to get a trace in there... in which case special measures, can be taken with the schematic designers approval. Often, pin re-assignment can cure that issue.