I recently bought a car radio and made a stupid mistake when I connected the radio to the car.

Apparently I reversed the polarity on the radio which made the radio go poof and smell awful. 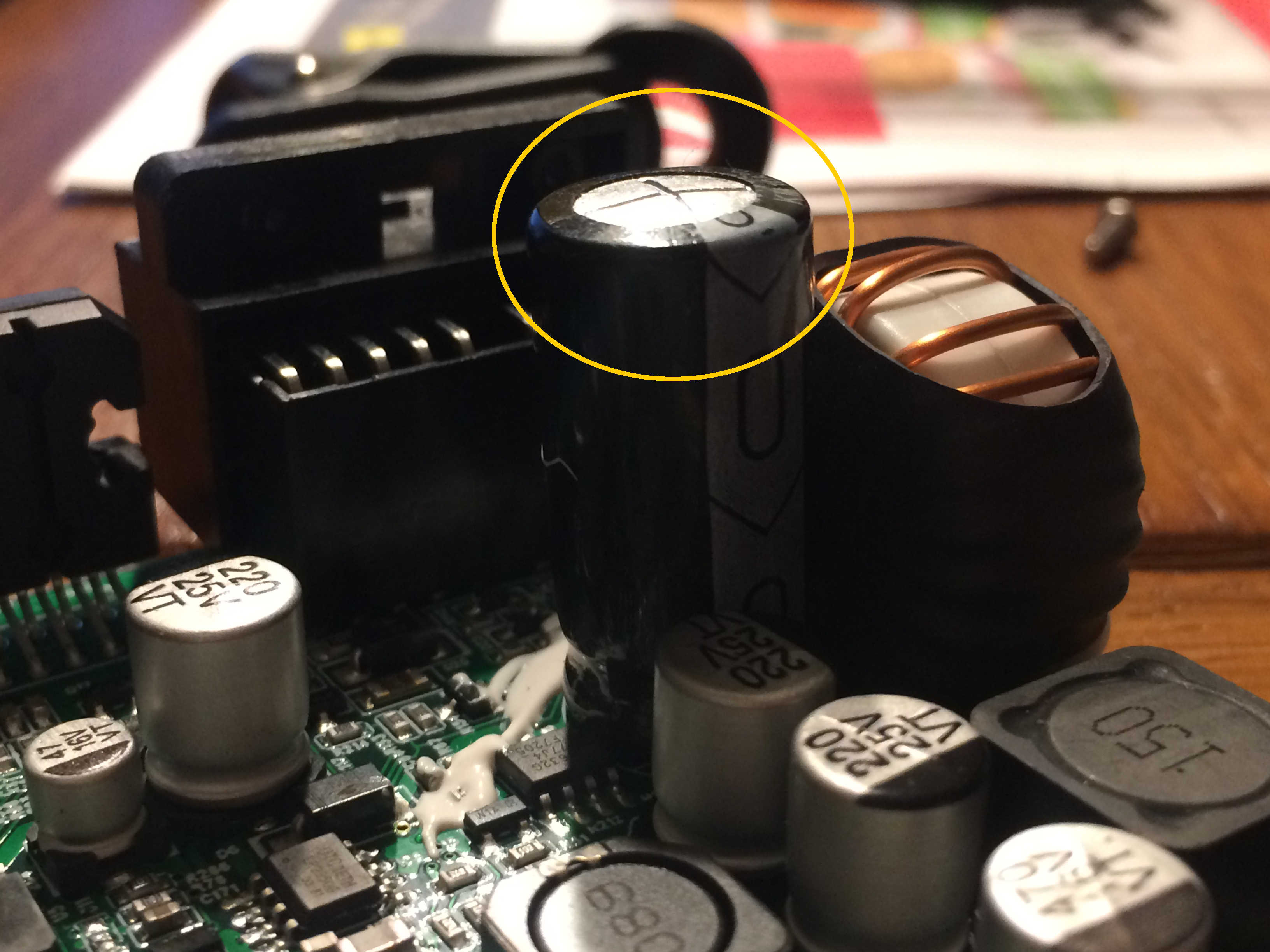 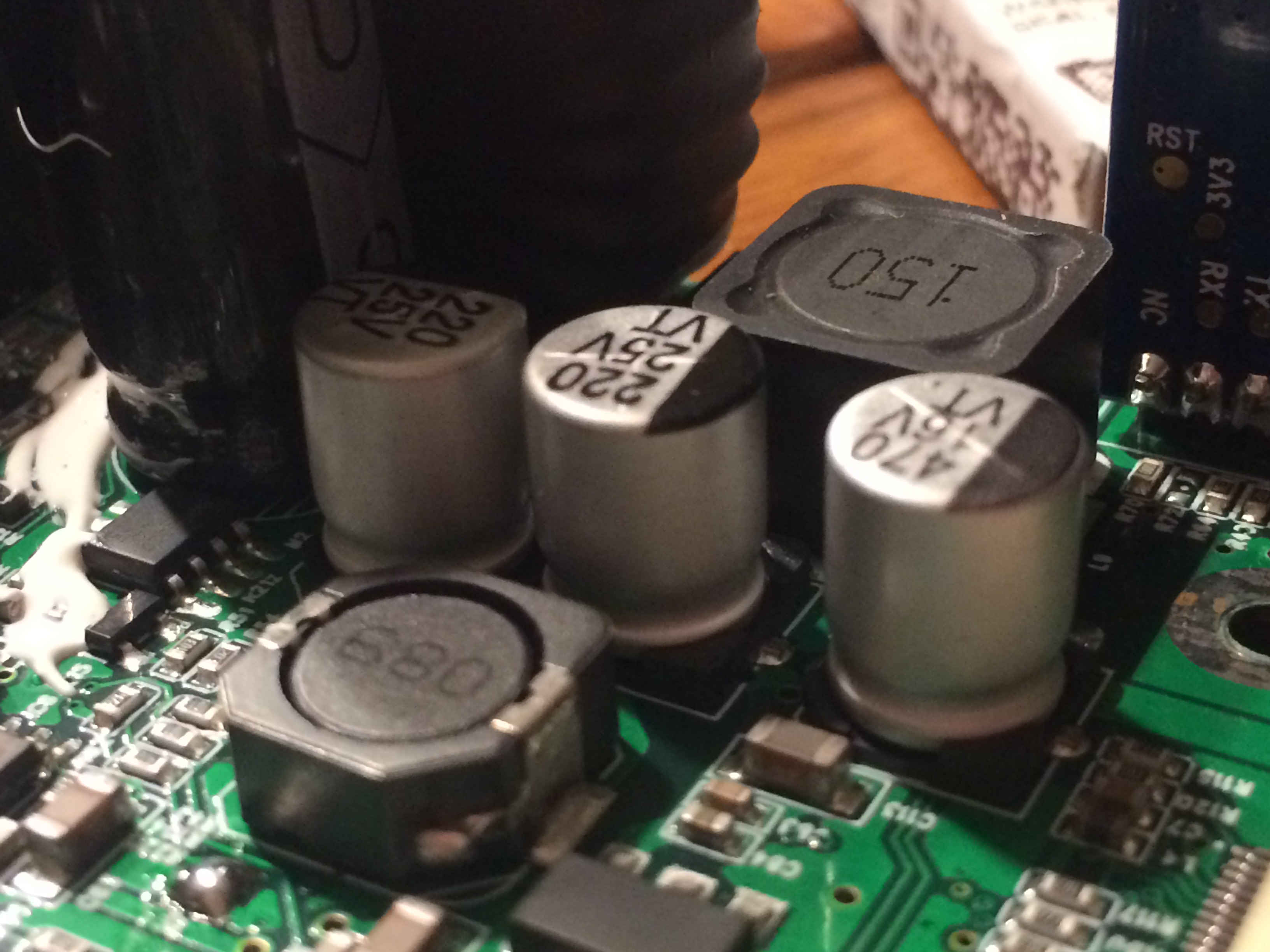 They still look flat to me, so I can't tell if can expect them to work or not because all the surface mounted capacitors with this size (8*12mm) on this board have this cross visible.

I don't have an oscilloscope as I have read that this could help determine if the capacitors are busted or not without removing them from the circuit.

I have searched the internet for examples of busted aluminum surface mounted capacitors, but I haven't been able to find examples to compare with.

So my question is, can I expect these capacitors to still be functional?

I'm hoping I can get the radio working again by replacing the busted capacitor(s). Hoping this is the only damage made to the circuit.

** EDIT ** I really don't understand why this is a bad question?

To answer your questions directly: Probably not. Electrolytic capacitors have an insulating oxide layer which serves as the dielectric. When you reverse the polarity, this layer is destroyed.

Secondary to your question, even if you went to the effort of replacing all the capacitors, chances are the board is probably still toast. Most ICs can only tolerate 0.3-0.5V reverse. If you applied the full voltage, you've greatly exceeded this, which they've alerted you to with the smell. The caps themselves won't smell unless they've vented.

Not the answer you're looking for? Browse other questions tagged surface-mount electrolytic-capacitor detection or ask your own question.