Can I use a capacitor and a transistor to create a circuit which automatically turns off an LED after a period of time?

I'm extremely new to electronics and I find I learn things better when I have physical examples to examine. I'm trying to understand the way capacitors and transistors work on a practical level, and I thought this might be a good way to get a better understanding.

So, let's say I have this circuit: 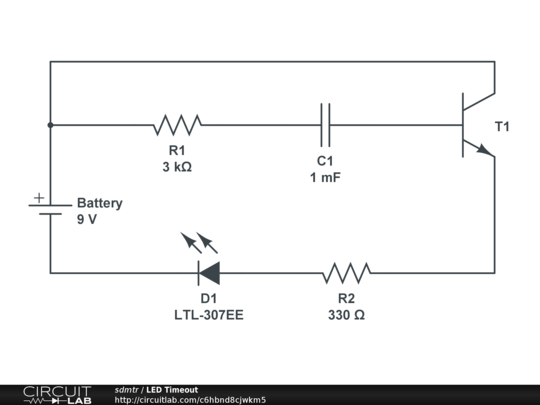 Supposing the capacitor is fully discharged when the battery is first connected, would the LED light and then switch off after about 15 seconds? Here's my reasoning, and my (extremely ignorant and naive) expectation of how the circuit will flow:

Have I fundamentally misunderstood how capacitors work in DC circuits, and perhaps how transistors work too? If so, how could this circuit be reworked to produce the outcome I'm expecting (i.e, a circuit which uses a capacitor and a transistor to automatically switch off an LED after some period of time)?

So many things wrong with that circuit, lets go back to the start.

The transistor is a valve that lets current flow through it from collector to emitter (the pointy arrow) when current is injected into the base.. as shown below.

As such, as long as you feed current into the base, current will flow through the transistor and, if the voltage on the base is high enough, it will act like a kind of switch.

When turned on, current can flow from the battery through the LED lighting it up. The LED can only withstand so much current or it will burn out. The resistor is included to limit that current to the rated amount specified by the manufacturer's specifications. 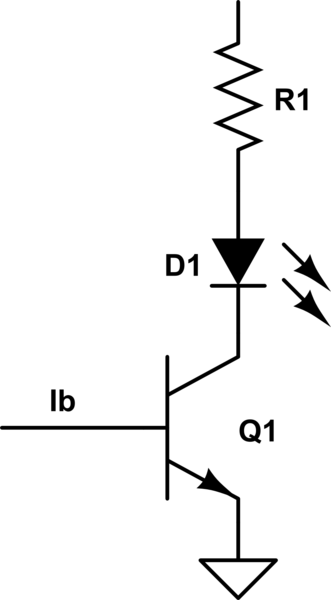 So now you have a circuit that will turn on an LED.

Now you need to drive that circuit with something that turns it on for a while, then turns it off. Now your idea is to do something like this. 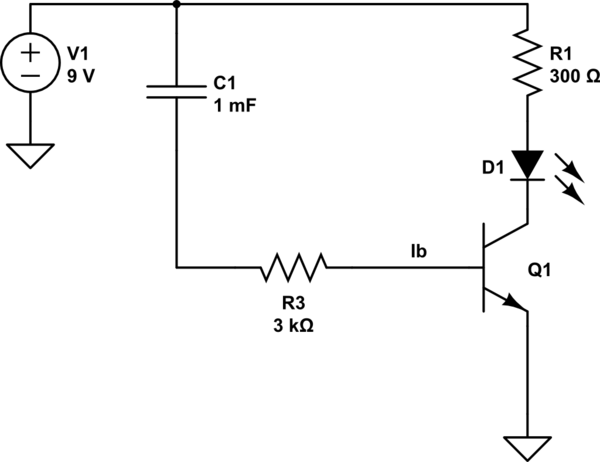 Idea being C1 takes a while to charge up through the base limited by the resistor. Indeed with the indicated values the transistor will start to turn off around eight seconds after the power is applied.

Unfortunately a 1mF capacitor is rather physically large and expensive. The resistor choice also affects the current in the LED.

A better solution for this task is to use a different device like an N-Channel MOSFET. 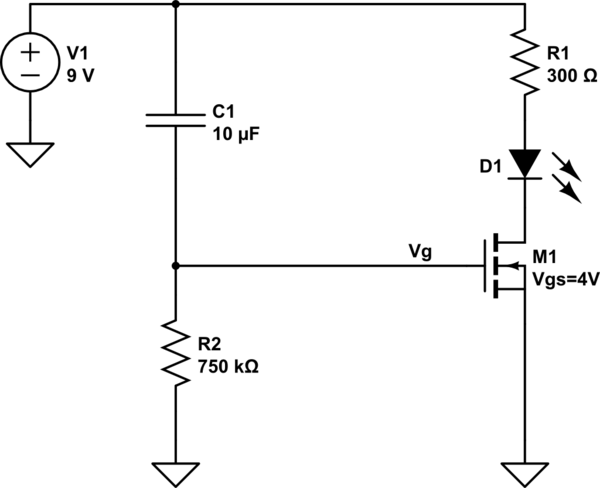 A MOSFET is gated by voltage not current. This effectively decouples the timing side from the driving side. That means you can use much larger resistances, and therefor a smaller capacitor for timing without affecting the LED current.

Before I do that, there is something else you should immediately work on. And that's learning when to draw wires and when not to. Excess wiring often adds nothing to understanding a circuit, but adds "little black wires going from here to there" that can actually act to confuse rather than improve reading. And there is orientation. You may not understand this point right away, but tuck it away for later. If you just look at a schematic as a picture residing on a big sheet of paper, you want the current flow to go from top (more positive) to bottom (more negative) and you want signal flow to go from left (inputs) to right (outputs.) Broadly speaking, these rules work well to help communicate a schematic better than not following them. (Of course, there are corner cases or idiomatic expressions where the rules probably should be broken. But those are rare.)

Assuming the LED, when on, drops about \$2\:\textrm{V}\$ (red), and if the initial conditions for the capacitor are that there are zero volts across it, then, yes... \$R_1\$ will supply base current into the PNP transistor and pull it active. I'd expect a base current of about:

That is the initial condition. As the capacitor charges up, as you write, it acts to oppose the remaining voltage left available to supply base current (see the above equation and now also subtract the capacitor voltage in the numerator) and the collector current gradually diminishes over time, eventually becoming extinguished when the remaining voltage falls below the ability to keep the BJT active (usefully, when it falls below about \$550-600\:\textrm{mV}\$.)

Capacitors "blocks" dc voltage flow. So it would be difficult to turn "on" the transitor with a resistor capacitor series network to the base. Look at one half of a monostable multivibrator cct. The capacitor on the base charges as rc time charge ratio. A soon as the base voltage reaches above the "required base on" voltge, the capacitor discharges via the base to emitter. The transistor oes to off state. The practical value required for your project has it's limitations in component value and physical size. Led current rquired is a major factor. Look at circuits using NE555 ic. You'll enjoy those. Read up on the pn junction depletion region of diodes Nand transistors. Transistor is like a component that "transfer resistance" from one stage to another. With ohms law at play, the whole switching, analogue amplification sort of becomes abvious including the phase changes during amplification. I could write an article on it I suppose. For curious minds...

The original cct will work (its a simple emitter follower for who don'nt know) BUT as the cap cannot discharge for another cycle the LED will stay off until the power is removed and the cap self discharges due to leakage.

i suggest we look at the low impedances. the impedance Zm is function of the current. the current is equal to v/Zm. alternatively, the current i = 3000sinwt. therefore i=3000<0. a capacitor is a two terminal device. the initial conditions for a capacitor is looking at the exponential network for the device. the transistor amplifies currents and the voltage between the two devices can be determined by the thevenin equivalent.

2
Transistors never work for me
3
NPN transistor: collector current flowing to emitter without connecting base?
0
Transistor feedback loop
2
How a Joule thief works?
3
Why transistor doesn't oscillate in this configuration?
2
NPN transistor wired correctly?
2
Is it possible to make current flow through a transistor from the emitter to the collector without supplying voltage to the base?
2
Can someone explain how this oscillator circuit works?
0
Dual led and transistor 3906 3904 switching with spdt switch on and off toggle help