Some background of this question:

I am a high school physics teacher and I am trying to improve some classical experiments using high currents from ultra-capacitor discharge.

In particular I am looking for a good way to measure the discharge current of a ultra capacitor for very short times like in this "jumping ring" experiment:

A safe and effective modification of Thomson’s jumping ring experiment

The second motivation for this question was just because I just want to know it out of curiosity for my background knowledge of what is the usual way to measure such high currents today. 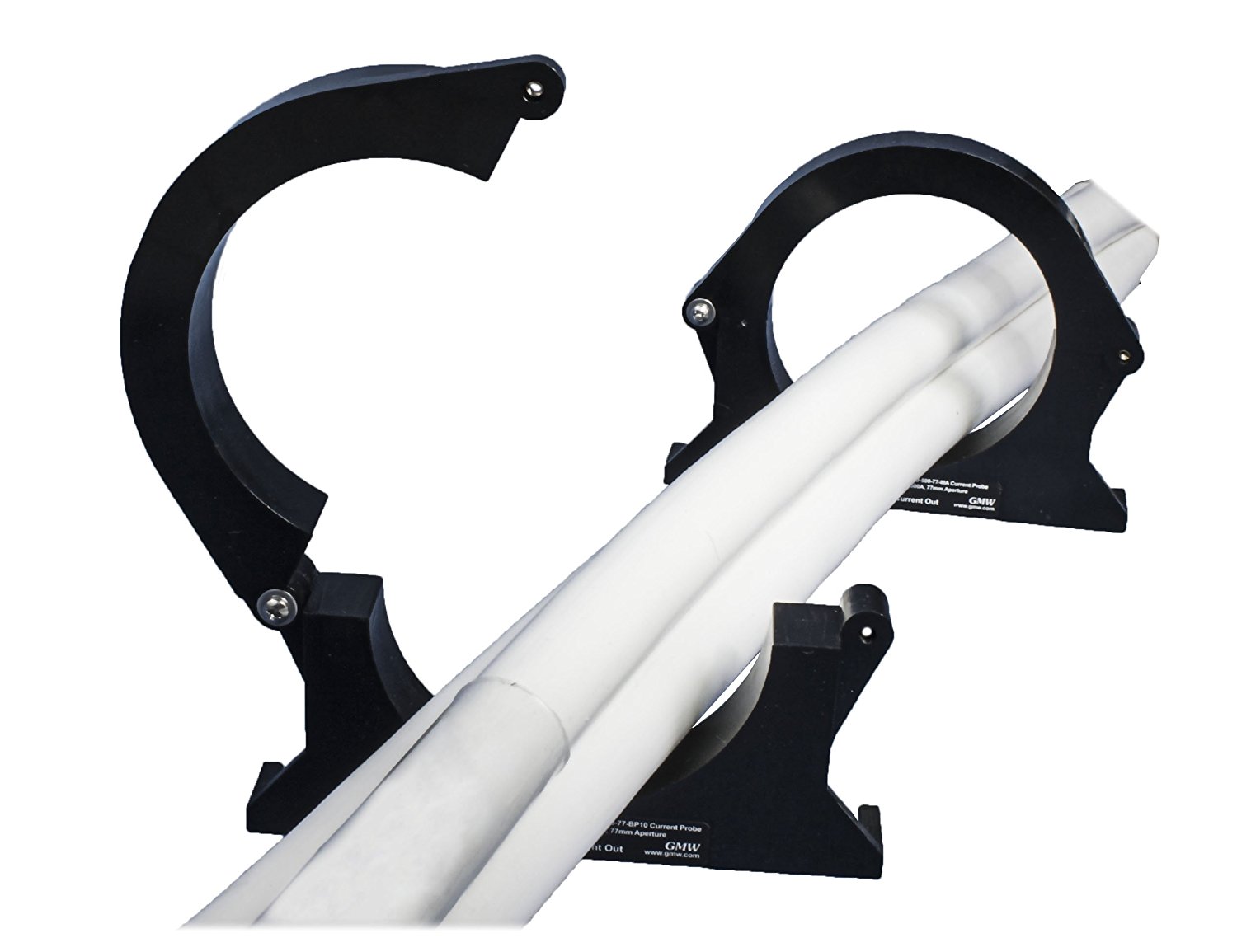 I jest. But you can totally buy that on Amazon. And they have 10 in stock. None of them qualify for Amazon Prime though :(.

Whatever you do, ignore all these people telling you to use a shunt. No, do not use a shunt. There is absolutely no advantage to using a shunt in this application besides a very slight edge in measurement accuracy, and ridiculously huge downsides.

Why a shunt is a terrible idea:

Now, there is one reason to use a shunt: Accuracy.

Though I would expect that some of this advantage is degraded by error introduced from thermocouple effects at the junctions where the shunt is connected to the actual current carrying conductors, as well as the sense lines. Additional error sources will enter the picture if this current is not DC as well.

But, regardless, a shunt is not going to be that much more accurate than the reasonable solution which I am about to suggest. The difference is on the order of 0.25% (best case) vs 1% (worst case). If you're measuring 10,000 amps though, what's ±100A among friends?

So, in conclusion, do not use a shunt.

I honestly can think of no worse option than a shunt. Use one of the dozens of suitable Hall Effect clamp-on probes.

The reason most hand-held clamp meters only go up to maybe 2,000A is because much beyond that and the conductor would be too large or in a unusual shape (wide and flat bus bar, for example) that would require the clamp to be too large to go on anything portable of hand held.

But they certainly make clamp-on or loop current probes that have measurement ranges not only to 10,000A, but well above it as well. So just use one of those. They are high quality, safe, purely magnetic (operate on the Hall Effect), fully isolated and characterized, sensitivities on the order of 0.3mV/A.

Something like Clamp-on Current Probe (earlier linked to its page on Amazon).

And they have nice huge windows as large as 77mm to 150mm to fit your cabling. Unless you've gone with something more exotic... and chill.

Either way, I assume your cabling looks similar to one of the solutions in this picture: 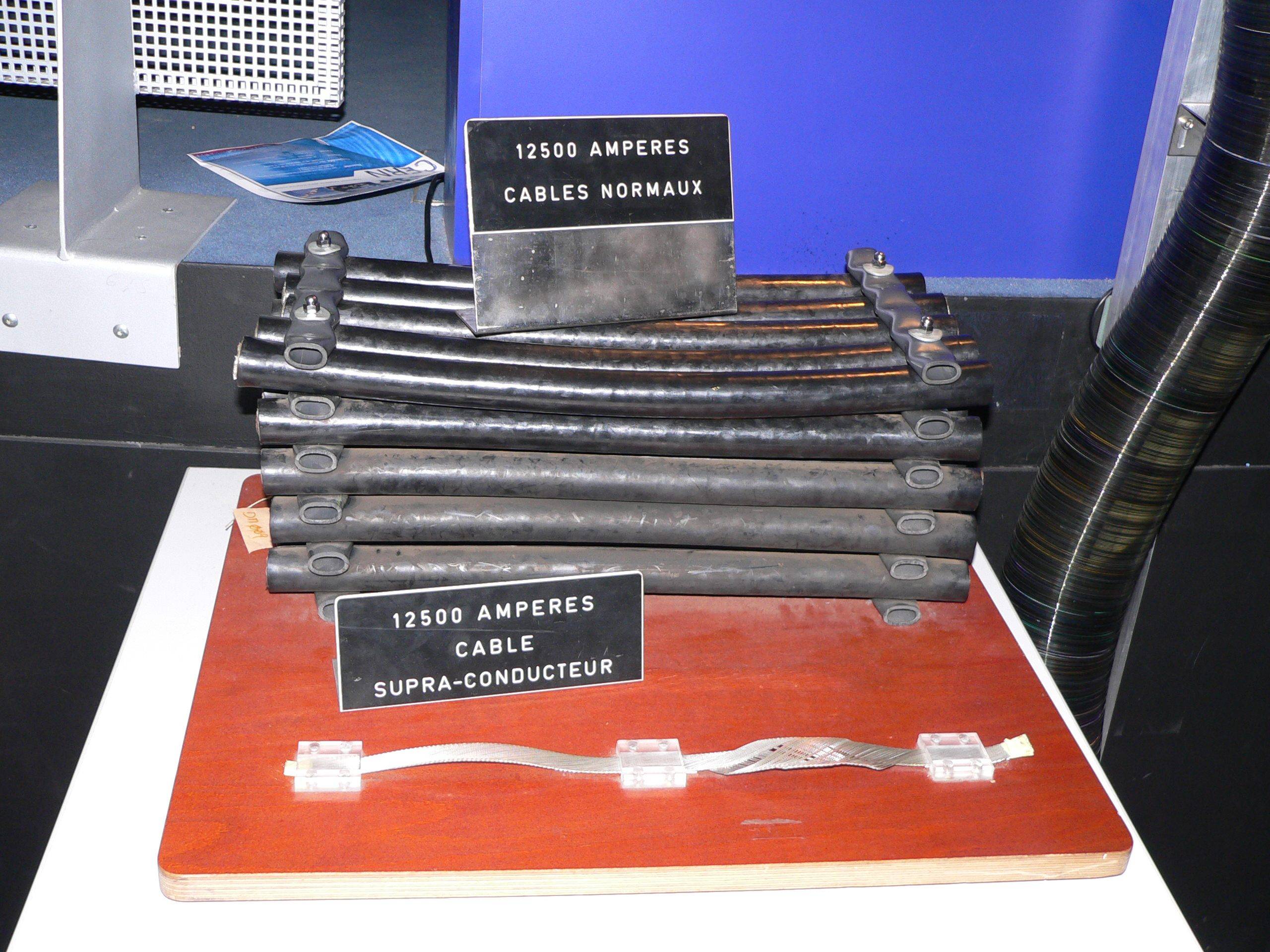 Anyway, have fun. Be safe. Hopefully you're not a super villain.

I worked on an electric locomotive starter years ago, running the companion alternator in reverse to start the engine with a 3 phase IGBT inverter that we developed. We easily got 10kA per phase of current to break the stiction of the locomotive diesel engine. We measured phase current (for vector control purposes) with closed loop hall current sensors from LEM corporation.

You can find current sensors up to 20kA on their website, they can do custom sensors too if you want to buy a lot of them:

My company has provided current meters up to 15kA for plating baths. They just used shunts (50mV or 60mV = 15kA IIRC). 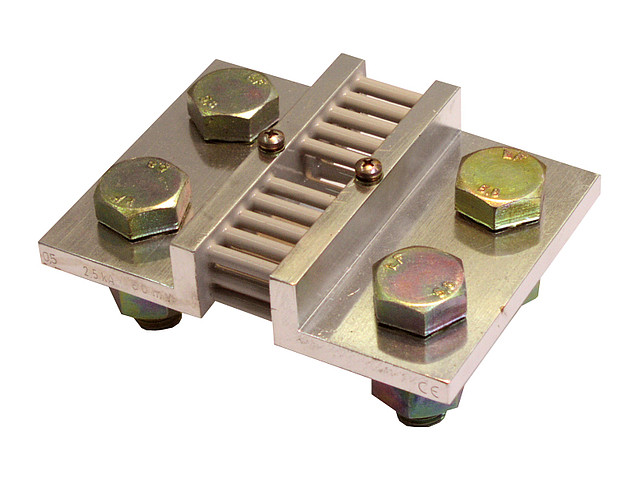 If your current has much high frequency component you may need to take special precautions- it doesn't take much inductance to cause problems.

Also note that 10kA * 50mV drop is 500W so they will dissipate a fair bit of power at full current.

Both the above problems can be reduced or avoided by using the LEM sensors suggested by JohnD (+1), however the cost may be higher in cases where a relatively steady DC current is to be measured.

If there is a way to run the experiment setup at a lower current temporarily, one could pick any two exposed spots on any conductor in the setup, attach a voltmeter, calibrate with a known current, and use that length of conductor as an intrinsic shunt.

You can get shunts at that current level. Here is one product series from one company. They have other models and there are other suppliers.

It is worth calculating what |Z| has to be to pull that off.... I make it no more then \$5 \cdot 10^{-3} \Omega\$, and if much of that is inductive then the value will need to be even lower as the inductance will limit the rate of rise.

Usually the starting point for fast high current pulses is a couple of order of magnitude more voltage on the cap bank and a pulse forming network.

I would second the rogowski suggestion, they are fast enough to see the action, and impose minimal burden.

This is a pulse application so \$I^2R\$ losses do not impose much on cable size, but geometry is going to matter for inductance control, think wide copper foil separated by thin insulation to minimise loop areas, note that there will be lots of mechanical forces induced by the magnetic fields between the conductors.

Keep the energy relatively small (Bigger caps do NOT help much because they beget self inductance) and small energy level == safe energy levels.

I don't think you are easily going to supply 10kA from a 50V cap bank, but I await word of the attempt attempt with interest.

It think about 50 Ohm signals, and a shunt with lower ESR than your super caps, a 50 mV is the best answer for a discharge current sensor.

I would use 1/2" copper plumbing and make a standard 50mV drop. Other advisors may not have considered the total power loss/discharge ratio is reasonably efficient, extremely short in duration and thus relative low energy loss in Joules and would unlikely rise even 1'C.

I have accurately used this method for 100kA and the only trick was eliminate induced crosstalk.(EMI) but using 6 " solid copper arms for a 1 ft shunt to get 50mV full scale.

If coax is not laid out with perfect right angles to high current path, then antenna coupling errors will occur. Obviously connection to the copper tubing needs wide copper flanges soldered with a propane torch then short welder's wire or heavy Litz wire to reduce inductance well below 100nH, lower the better.

Most other answers have assumed you want to measure 10KA continuously. However, your referenced use shows that it is only for a pulse of around 5 milliseconds. Because of this short time, the only way you can get a measurement is by using a storage scope to capture the waveform.
You also need a sensor connected to the 'scope. Whether it is a shunt or a clamp, is not very important, as long as it "matches" the 'scope being used.

Proper safety measures should be implemented and followed (as in the referenced experiment).

Regarding the general part of the question of how to measure extremly large currents, there are also devices called FOCS which use the faraday effect to determine the magnetic field of the wire and then calculate the current. For example ABB sells such devices for measuring up to 500 kA DC. See also: http://www.ee.co.za/wp-content/uploads/legacy/ABB%20Innovation%20in%20high%20DC.pdf

When I was 13 I did a similar experiment, and what I did was make a pair of manifolds of copper with copper pipes soldered between the manifolds. Effectively a shunt. Then I put a hall clamp on it and used a scope to measure the pulse, and integrated the area under the curve.

I am sure there are lots of better ways to do it, but to a 13 yo with a scope and household tools, this worked. Perhaps you could use two copper bus bar and create welding wire shunts between them.

Running to the scrap metal place and electronics junk surplus store in the city always got lots of interesting stuff, and for the most part, they just gave it to me.

My suggestion would be to either measure the displacement of the ring/the force, and work back to the current.

Or you could just build one beauty of an electromagnet...and measure it's field from the other side of your classroom...

I cannot tell you how to measure your steady state current. However, you seem to interested in measuring a pulse. If you have one of the conductors sufficiently isolated, you can place a rectangular loop nearby with one side parallel to your high current. Measure the induced voltage and record it by oscilloscope. That will give you the DERIVATIVE of your current. Since very little current flows in the sense loop, there will be negligible impact on the current being measured as there could be with a shunt.

You would have to have an isolated straight section of current conductor for several times the loop dimension; no other conductors and nothing ferromagnetic around to mess up the cylindrical symmetry of the field! And calibration would depend on how accurately you build and position the loop with respect to the main current conductor. Since you are a physics guy, I think you will be able to look up μ̻ and calculate the induced voltage (volt-seconds/amp) in the loop segments that are parallel to the heavy current conductor. Be sure to subtract the voltage induced in the back edge of the loop!

Induction is not just a theory; it really works.

your discharge current probably wouldn't get anywhere near that kind of current.

with that said, a current transformer would be my way of going it: simple, effective, and cheap: just need a piece of wire looping around the conductor.

having it calibrated however can be tricky.

short of that, try some hall effect sensors -> keeping it away from the conductor. i'm not sure about their dynamic characteristics - something likely important here.

another idea: assuming that you aren't going to sustain 10,000amp, you are likely to use skinny wires here. with that, you can just pick up two points and measure the voltage drop over the two points. self-heating wouldn't be a problem unless the current is sustained over a period of time.

basically the conductor itself is a sampling resistor.

it wouldn't work if you are using beefy copper bars as the conduit.

Not the answer you're looking for? Browse other questions tagged current-measurement or ask your own question.

15
Safety when experimenting with large currents