Can I connect a button on my motorcycle to the main button on a garage door remote?

I want to connect one of the existing switches (high-beam flash, or turn signal middle push button, or horn, or pretty much any other switch/button) on my motorcycle to the main switch of a garage door opener, so once I am home and hit that switch on my motorcycle, it should open the garage. 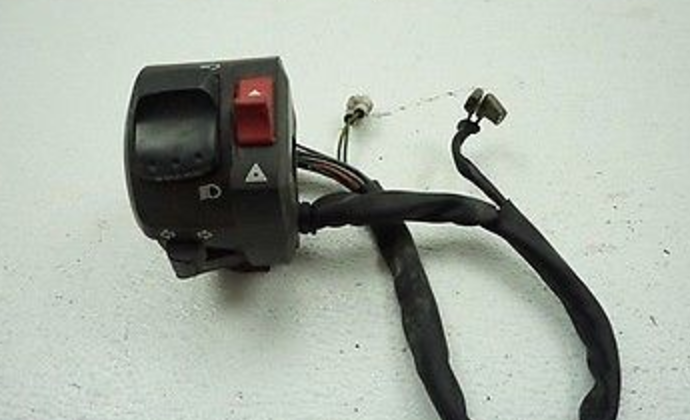 I have seen someone do it using a different logic, by keeping that main switch pressed all the time, and opening the garage by sending power through the switch on the motorcycle. However, my garage door remote has a 3V battery and I don't want to get into using the 12V->3V converters. 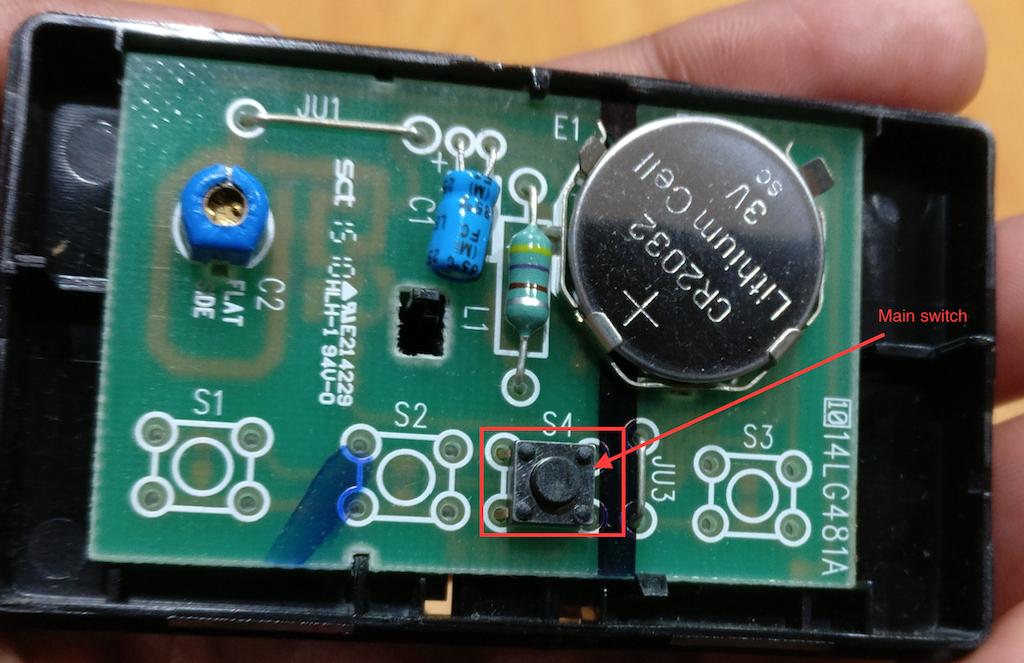 How can I use an existing switch/button on the motorcycle to press the main switch on this remote???

Sorry for not using the needed tags for this question, I literally don't know what tags to use in electrical engineering.

If the garage door system is using the same authentication method as I've seen used in cars locks, you have to watch out with using something like indicators.

The lock and the remote use the same number-generator to generate a new random number every time you use it. The lock will accept any of the next 255 or so numbers. This way, it will still work after a few failed transmissions. Once the lock receives any of the allowed next 255 numbers, it will update it's internal counter to "catch up" with the remote. Because there are so many possible numbers, the chance of someone else transmitting one of the allowed numbers is tiny (on the order of meteor hitting your head).

However, if you bind the button to your indicators, every time you use it the remote will jump to the next number. It's very conceivable that after a decent drive, you used the indicator more than 255 times - and now your remote will not open the garage door anymore.

That said, why do you want to mount it to an existing button? Would it not be easier to somehow remove the button in the current remote, stick it somewhere where it's nice and tucked away (but not surrounded by metal), and then run a cable from there to your controls and add a small button?

a 12-3V convertor is by far the simplest solution here. They exist as 'potted' modules so you don't need to worry so much about them getting damp. If you use an existing switch, you'd need to use a relay (otherwise the 12V on the switch will interfere with the operation of the remote control circuits).

True, there are ways of interfacing the circuit with a 12V function, but these are not trivial to explain. You would also need to worry about the noise and spikes on the motorbike electrical system - it's not been designed to work nicely with sensitive electronic circuits.

If you opt to use a relay, this can directly replace the switch on the remote control - it really is just an electrically operated switch. Anything with a 12V coil should work in this application.

Not the answer you're looking for? Browse other questions tagged remote-control or ask your own question.