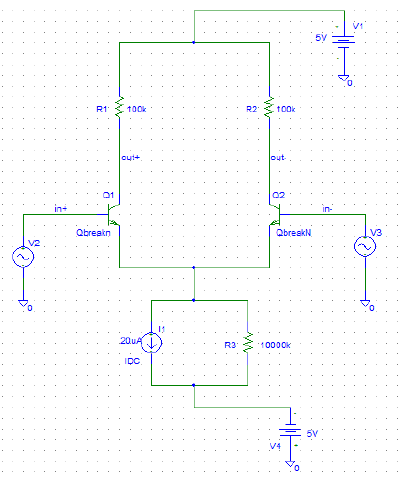 The output impedance is consists of several parts:

A perfect BJT would behave as a current source of infinite impedance. A real BJT has a collector resistance ro, which depends on the transistor model.

At high frequency, the parasitic capacitances in your transistor will appear in parallel with the output resistors. 10pF will form a pole with 100kOhm at only 150 kHz so don't expect huge bandwidth here.

Cbc interacts with the impedance in the base of the transistor, and reduces collector impedance. Basically if you inject AC current into the collector, then its voltage will vary. Some current goes through Cbc and into the base, which then adjusts Ic to prevent Vce from moving. The effect is proportional to the impedance driving the base: your schematic will hide it since you connected the base to a voltage source without any resistor in between...

At very low frequencies, higher Vce heats the transistor, which lowers its Vbe and increases the current. This only matters if Ic is high enough to heat things up, which isn't the case here.

Not the answer you're looking for? Browse other questions tagged mosfet amplifier differential or ask your own question.