I'm trying to create a simulation of a speaker system with woofer, tweeter, and midrange speakers.

Why is my total output graph showing it dip down to -40db at the cross over frequencies? 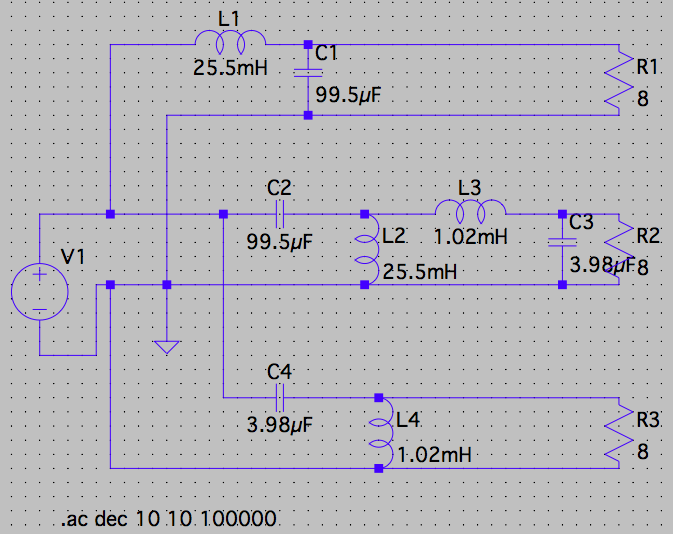 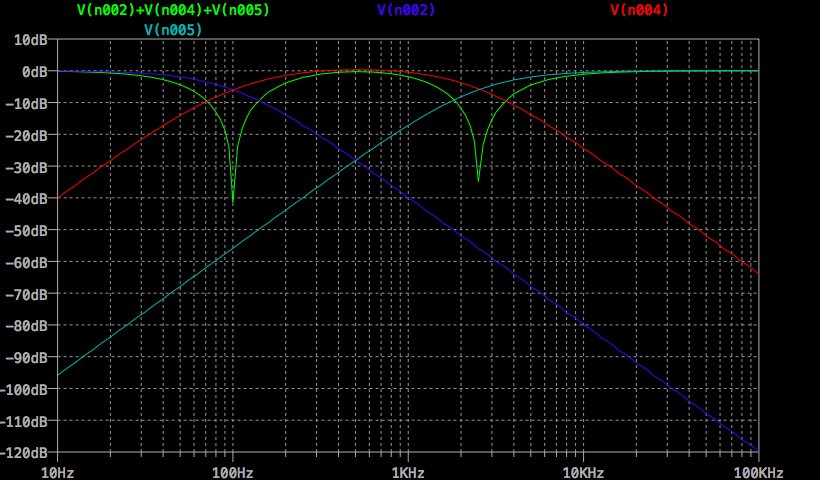 Plot the phases for the three voltages and you'll find that they're out of phase at the crossover points: 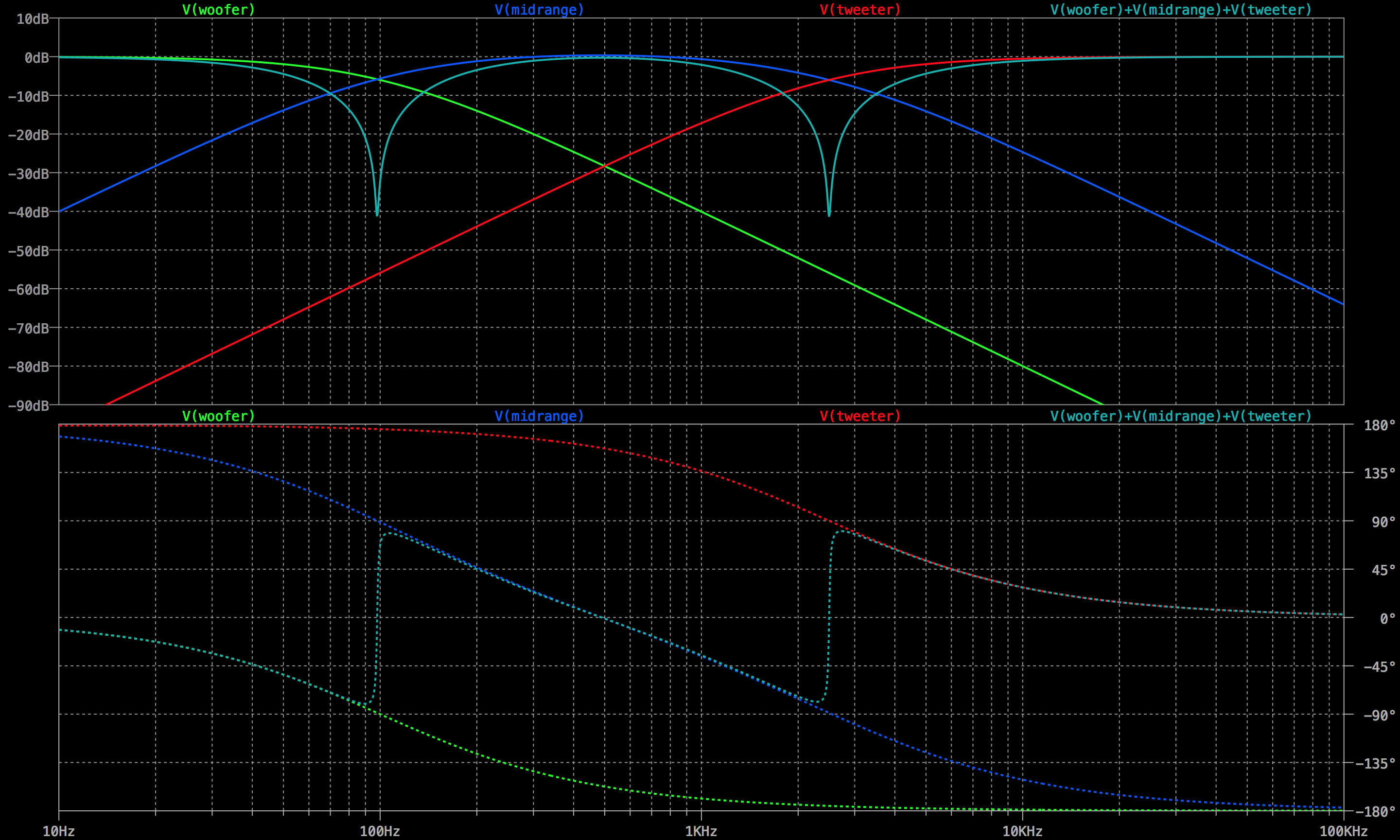 The problem here probably is the phase of the midrange driver. Focus on that. You should also take into account the actual phase of each of the three drivers (which are just 8 Ohm resistive loads in your simulation).

Here is the result assuming a simple phase reversal (180-deg) in the midrange driver: 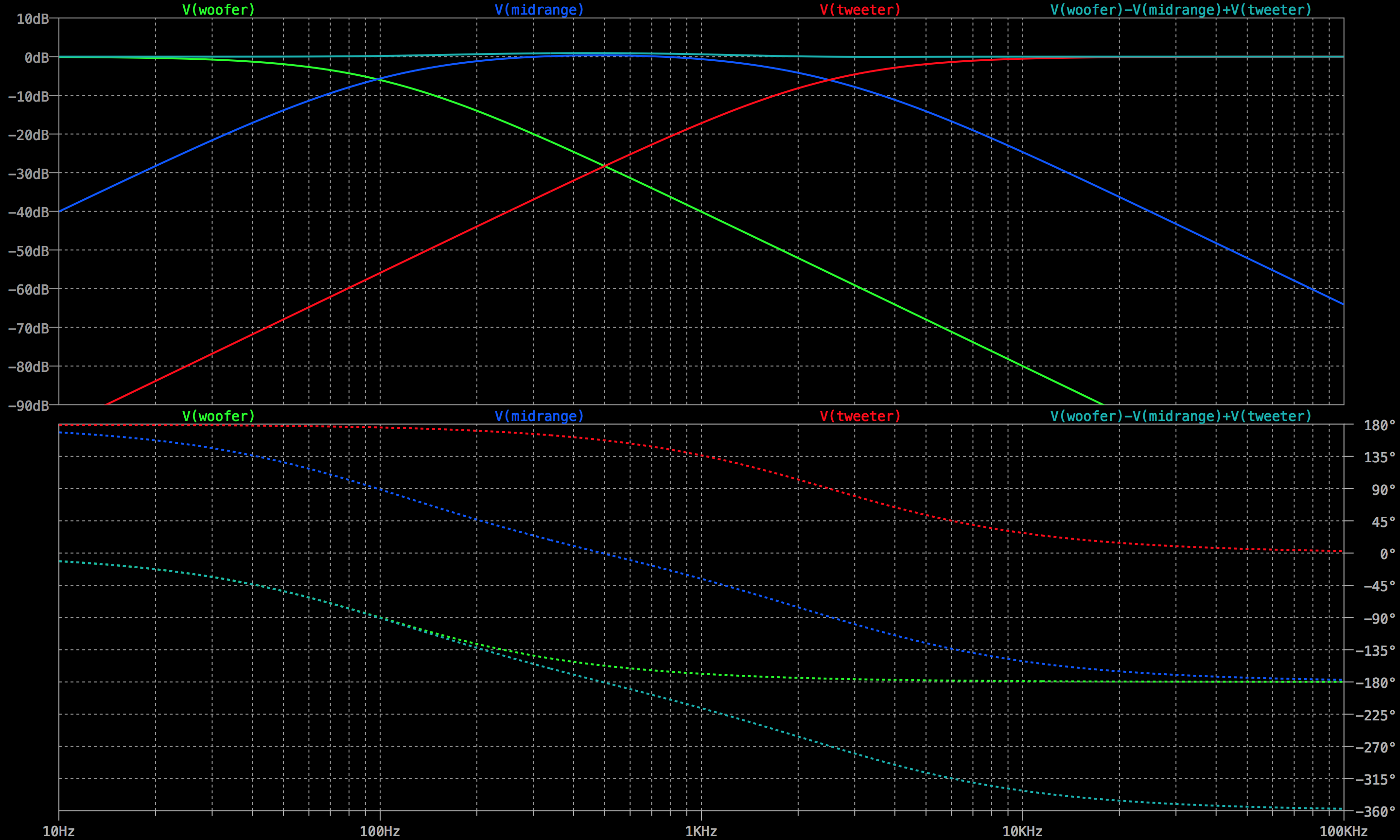 And here you have the total power delivered to the 3 loads, as suggested by The Photon, where you can see the approx -6dB power down at the crossover frequencies: 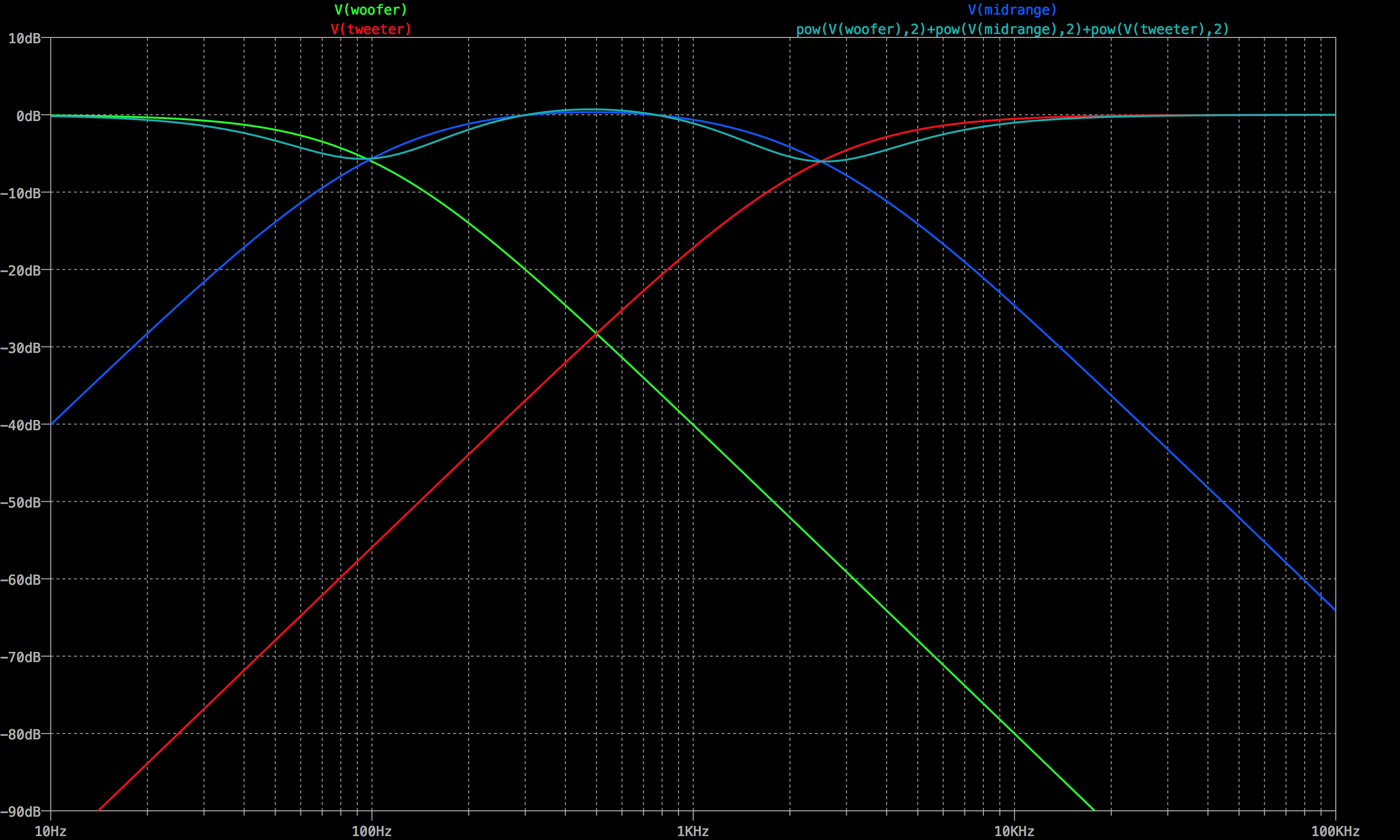 Also note that you may be looking after two things that are quite different from each other:

1 and 2 can be very different things to simulate and measure, and will be highly dependent on the characteristics of each driver.

Not the answer you're looking for? Browse other questions tagged audio filter simulation ltspice speakers or ask your own question.

1
Measuring the electrical performance of a low pass filter
8
Parallel speakers sound bad, but serials are fine
0
Noise simulation SPICE
0
Cascaded Filter Output Not Correct
0
Problems with designing a bass booster
4
Which is broken, the amp or the driver of this subwoofer?
0
audio, LTspice - crossover simulation problems
1
TPS43061 simulation problems