Transformer of my Power Supply in LTpsice

Can you help me on how to model or calculate the inductance of a step down transformer which supplies 230V to produce 0V-15V in LTspice I'm really confused.

Below is my circuit which I want to make the transformer for, I've already built it in practical and its working but in LTspice its giving me headaches.

The only significant figure for simulating that sort of power supply is the transformer leakage inductance, which will range from negligible to very negligible.

You should assume a figure of 0, which will mean that the peaks of inductor current will be limited only by the winding resistance of the transformer (much easier to get a real figure for that, measure with a meter, then double it for the effect of the primary as well), and the residual resistance of your bridge rectifier diodes.

As you allow the leakage inductance to rise (try figures of 1uH, 10uH, 100uH etc in your simulation), you will find the peaks of rectifier current become slightly less in amplitude, and slightly longer. Basically good things. But you need to design for zero, which is worst case for current peaks.

Note that you need to consider the power dissipation limits of the devices. Q2 for instance might be limited to 5W, and drawing 5A from this supply will push it way over this rating. The addition of current limiting would be a good idea. 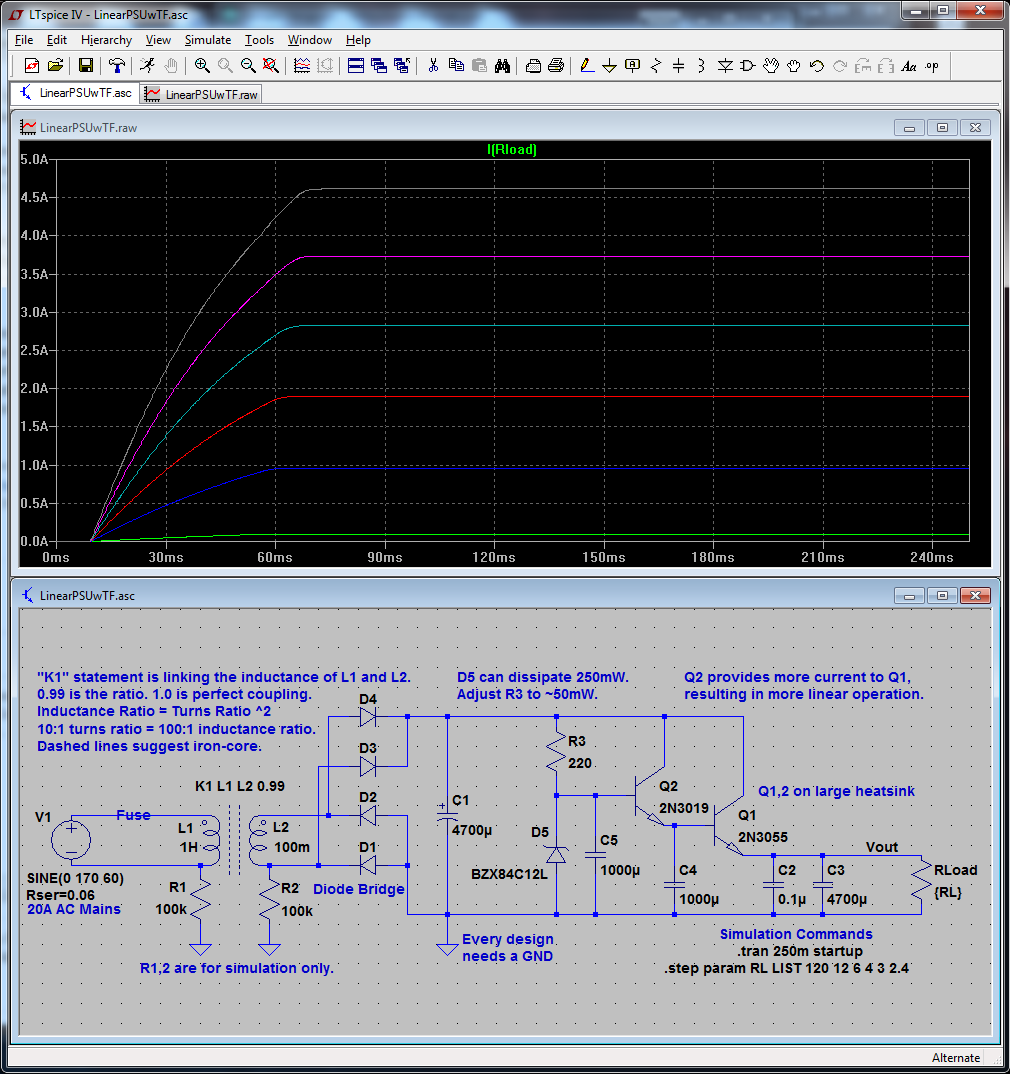 6
Simulating real world transformer with LTSpice
2
Transformer for variable output off-line boost flyback converter
2
A question on an approximate calculation of an ideal transformer inductance
0
230V 50Hz to 15V Switching Transformation
1
How can I determine the inductance of transformer winding given a specific power parameter?
0
SMPS (LM2678) what transformer to use and why?
1
How to Model a Transformer in LTSpice
0
secondary voltage of practical transformer question
0
DC Power Supply: Turns Ratio Calculation