I am designing a BUCK converter 24V/12V, 80A, 300kHz switching freq. It will be used for stepping down battery voltage, so it can be expected for input voltage to vary from 22 to 30 volts.

I am stuck trying to design a viable bootstrap circuit. The problem is that if I just put a diode from 24V rail to charge the bootstrap capacitor, it will charge to 24 volts which is too much for mosfet gate (irf3206, Vg=20V, Qg=170nC).
If I were to use a 10V zener in series with said diode, the capacitor would be charged to acceptable 24-10 = 14V, BUT in case where input voltage was 29V, it would be charged to 19V which is dangerously close to gate's absolute maximum 20V. Besides, turn-on times, and thus switching losses would vary wildly depending on input voltage.

Would it be a viable solution to use a LDO like 7812 between bootstrap diode and capacitor? 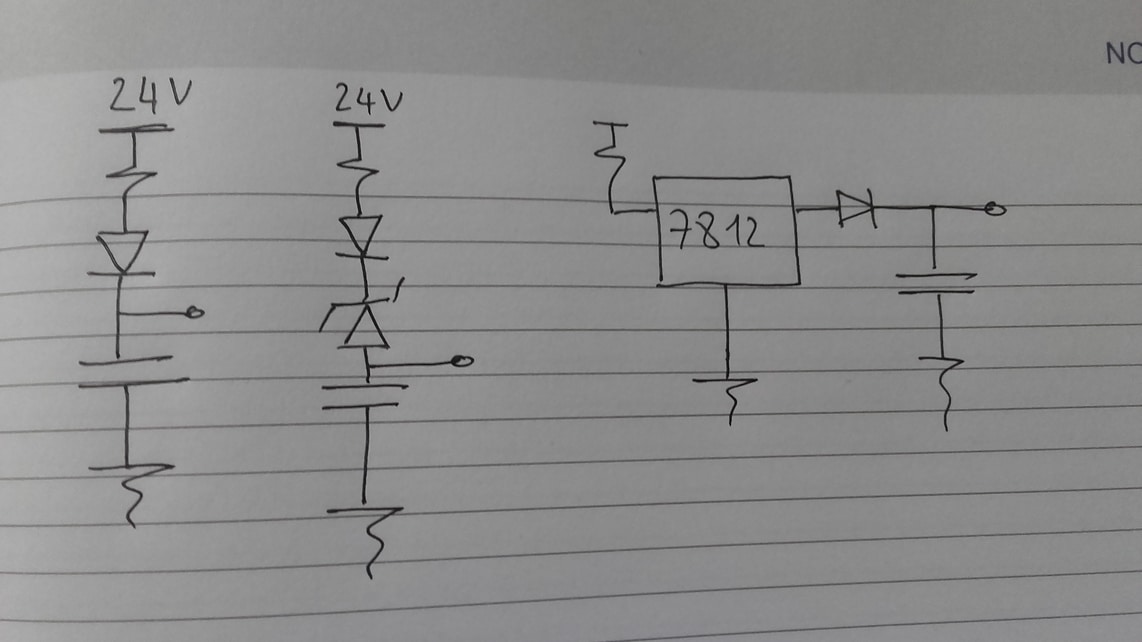 In short, yes, that would work as then you would have a nice stable 12V. But your middle drawing (with the zener diode) could be edited for this to work. If you placed it in parallel with the capacitor, then you would get 10V there. From my experience it is a good idea to add a resistor in series too!

Obviously, if 10V is too low, then you can change the zener diode. (I am not 100% what voltages these come in but pretty sure there is one around 18V?)

Either one of these should do the trick. Easiest way is the zener, and if you decide to use a 7812 (could also use a 7815), then remember to have capacitors on the input and output, especially if you have a varying supply.

I decided to go with linear regulator approach like in picture below.
A 100uF capacitor would ensure a stable supply for 7815. 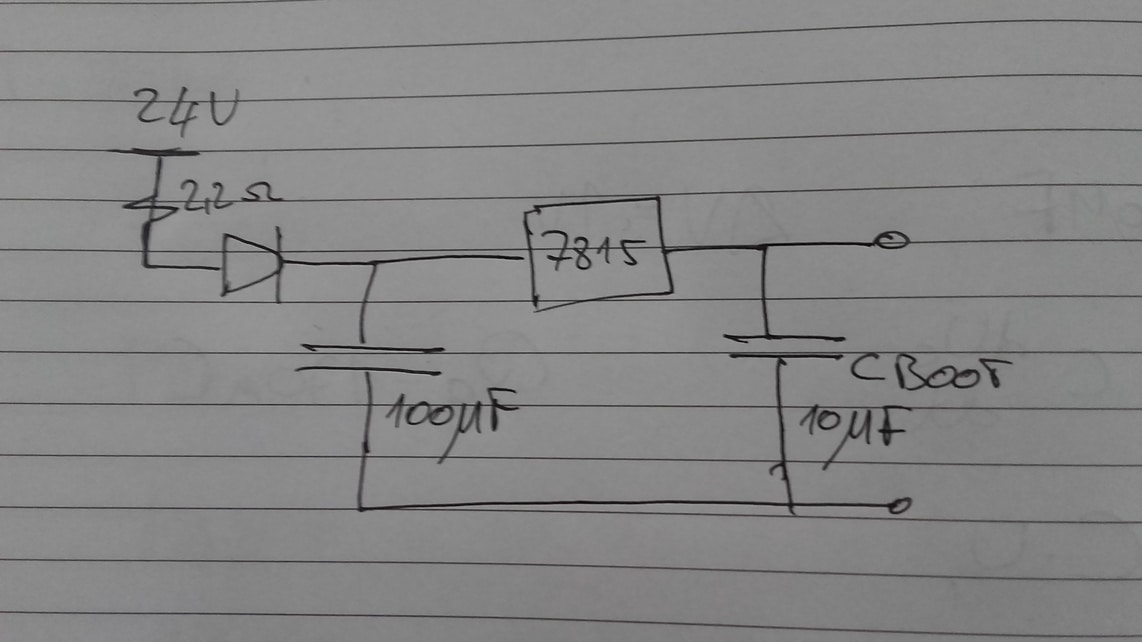 Not the answer you're looking for? Browse other questions tagged buck ldo gate-driving bootstrap or ask your own question.