Why does a commercial PCB need this much rework?

I found a PCB that has had some rework done. When I saw it, I thought that someone had actually repaired it after purchase:- 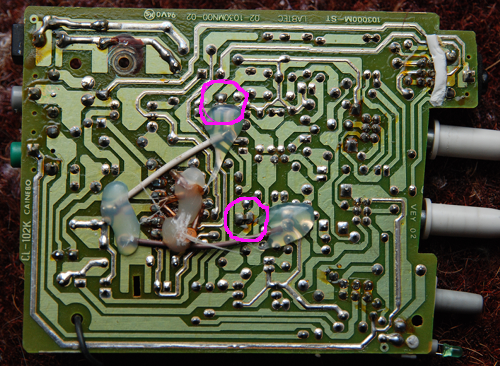 It's got additional wiring (white & brown) and under the hot glue are two ceramic capacitors. The capacitors have been sleeved with insulation (difficult to see). They smell like decoupling capacitors.

I can understand altering my own boards, but this is a commercial speaker from a successful company (Labtec):- 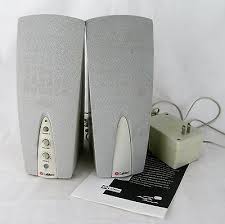 The work seems to be based around the main amplifier chip (TDA2005). I've seen other post design changes to boards, but that's only been a wire here or there snaking across a PCB. Why does a commercial board get sold with this state of rework?

PPS. The two circles also show hand soldered surface mount capacitors added to this side of the board which is clearly a through hole design.

This looks like it's due to a combination of bad engineering, bad management, and cheap labor.

Circuits don't always perform as expected when first designed. Even experienced designers make mistakes occasionally. Usually these are caught in the first prototypes, then the board respun.

Not all engineers have the experience and skills to get a circuit mostly right the first time, and the discipline to test it properly before committing to production.

Couple that with management that doesn't understand the engineering process, and a junior engineer hired into a position over his head who won't or can't stand up to management. It's exactly those types of managers that hire a junior engineer for such a role in the first place. "After all, it's just engineering, and all engineers are plug-replaceable, so I might as well hire the cheap one right out of school that won't give me all this crap about can't this, and test that."

You've got 10,000 populated boards and someone finally discovers that this thing oscillates when the volume knob is turned to 60% and you use one of the wall warts from the last shipment of 5,000 you just received. Your junior engineer doesn't understand what's happening, but determines that the wall warts are within spec. Now you've got a big problem, so you hire a consultant to look over the design and fix it.

The consultant shakes his head, tells you the whole design is a mess. You don't want a new design. After all you already paid for one. You tell the consultant you absolutely need a fix for this design. He comes up with the kludge you see above. You have the same factory in the far east that made the boards rework them. The labor cost is cheap, so it's better than scrapping 10,000 finished boards.

You also have to consider things are normally manufactured in batches.

Sometimes, especially for things like this, VERY LARGE batches.

That is a huge investment cost.

When an issue is discovered during production the design is usually fixed in the next run, but that can leave you with half a million dollars in inventory that is defective.

At that point the bean counters calculate whether the loss associated with throwing them away is worse than the loss incurred in reworking them. With cheap labor, the latter can often be the better alternative.

As for how a rework like that can end up being needed, See Olin's answer and my comment therein.

Most commonly this is a result of a new revision of the design and they simply didn't want to spend the extra time or money to completely re-do the board layout and have it respun. It's much cheaper to bodge extra components or wires onto existing boards.

Generally new revisions may come up after the previous revision has been out in the field, and reports of failures, sub-par performance, or undesired operation are given by the customers.

Wire lengths for decoupling capacitors can be very critical, so soldering them straight to IC pins like that might be the easiest solution to place them very neat the active parts without having to use a double sided PCB.

Alternatively, various brands of the same IC can have differences in how they deal with decoupling capacitors missing or unsuitably mounted - the original design might have been tested with a more tolerant type and without the capacitors mounted that way, then a change to a different IC supplier was done that needed the kludge to work reliably. Another possibility is that a nearly but not completely pin compatible IC type was fit to an old board design due to the originally specced type becoming unavailable or too expensive.

Not the answer you're looking for? Browse other questions tagged pcb pcb-design pcb-assembly or ask your own question.

24
How do you attack a new board?
8
How to clean solder stencils?
2
PCB Design Verification
1
Different behaviour of FTDI231XS on two PCBs with same circuit
0
Name for PCB isolating tape (usually found in notebooks)
1
Should I insulate between 2 PCB's when SMT joining them together?
2
How do I get pin headers to reflow flat to the board?