Relay seems to fail (sticks on) when a load is present, but not otherwise - does that make sense?

I'm repairing my stove. The control board has a relay (G2RL-1A-E-HA DC12) for the oven element. When turning the bake function on, the element heats, but it won't turn off when bake is turned off.

My question is, is it possible for a relay to switch on/off properly when no load is attached, but fail (latch on) when a load is present?

The board is hard to get to, and operate the controls when it's live - so to enable testing I desoldered the relay and connected it to 2 wires running to the board. This enabled me to test continuity on the load side of the relay, without any load attached. The relay worked properly.

I'm reluctant to solder it back on, and try to test it live, because moving the control around exposes high voltage/current terminals.

Should I just assume the relay is a dud and order a new one? The $ cost is minimal but I have to wait for it to get here, which would be less than ideal if it isn't the problem.

EDIT: Pictures, please forgive the goofy wiring, the red and white wires are just parallel because I didn't have more suitable wire for the task.

I don't know if there's a flyback diode because I don't know what a surface mount diode looks like. 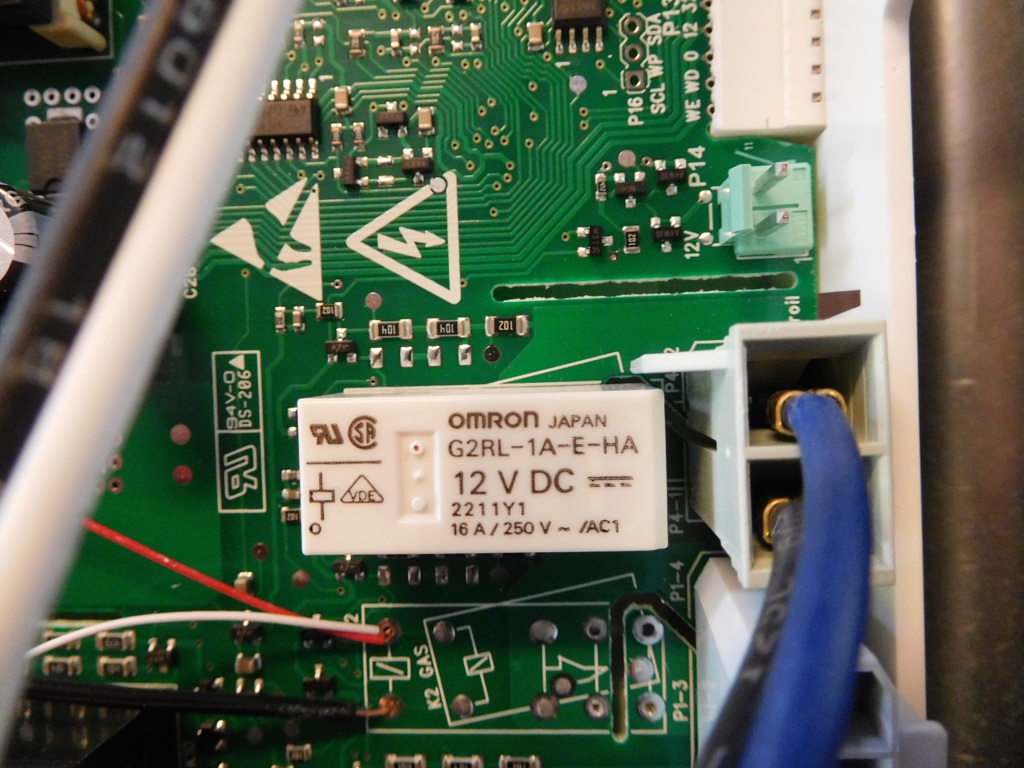 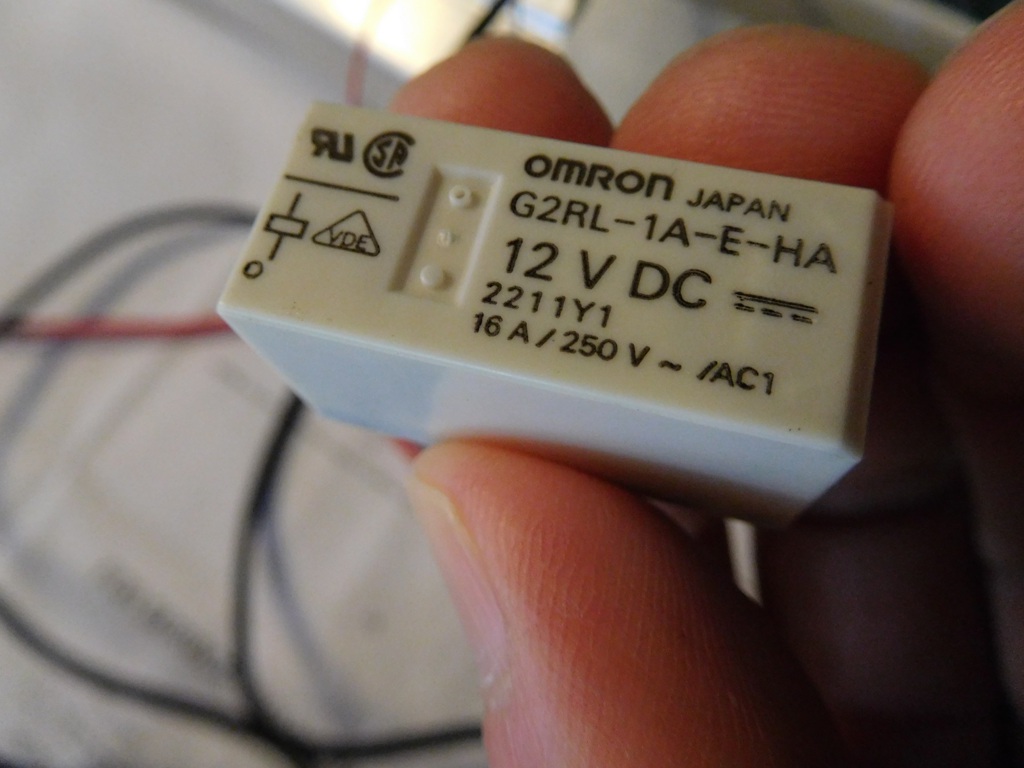 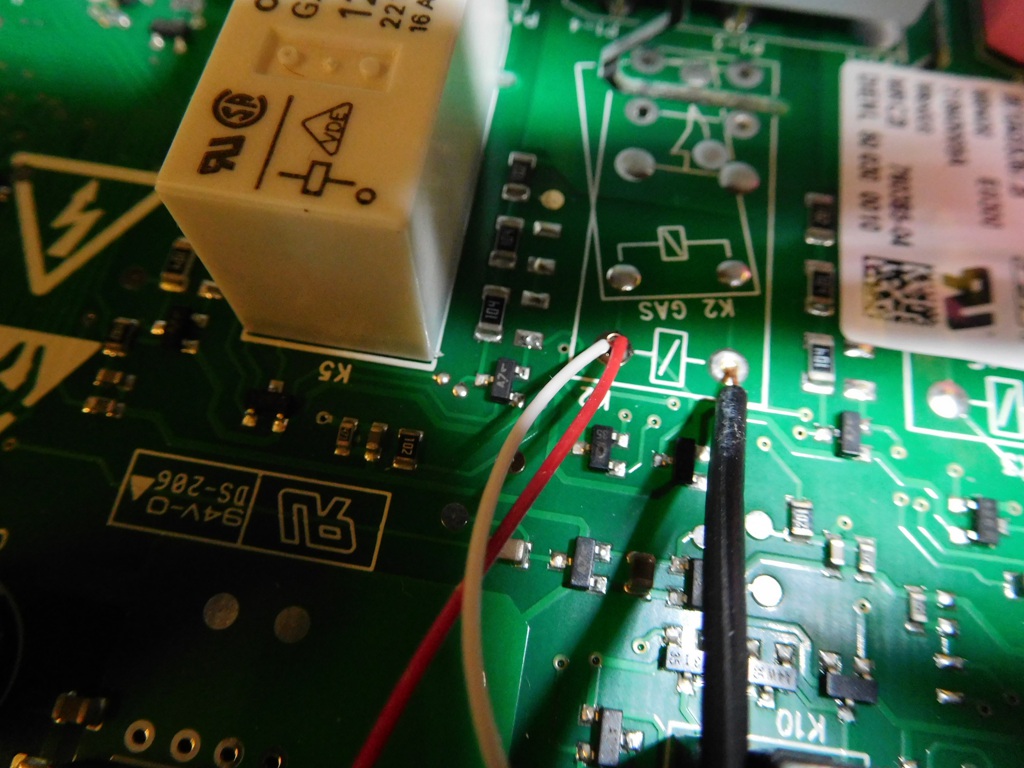 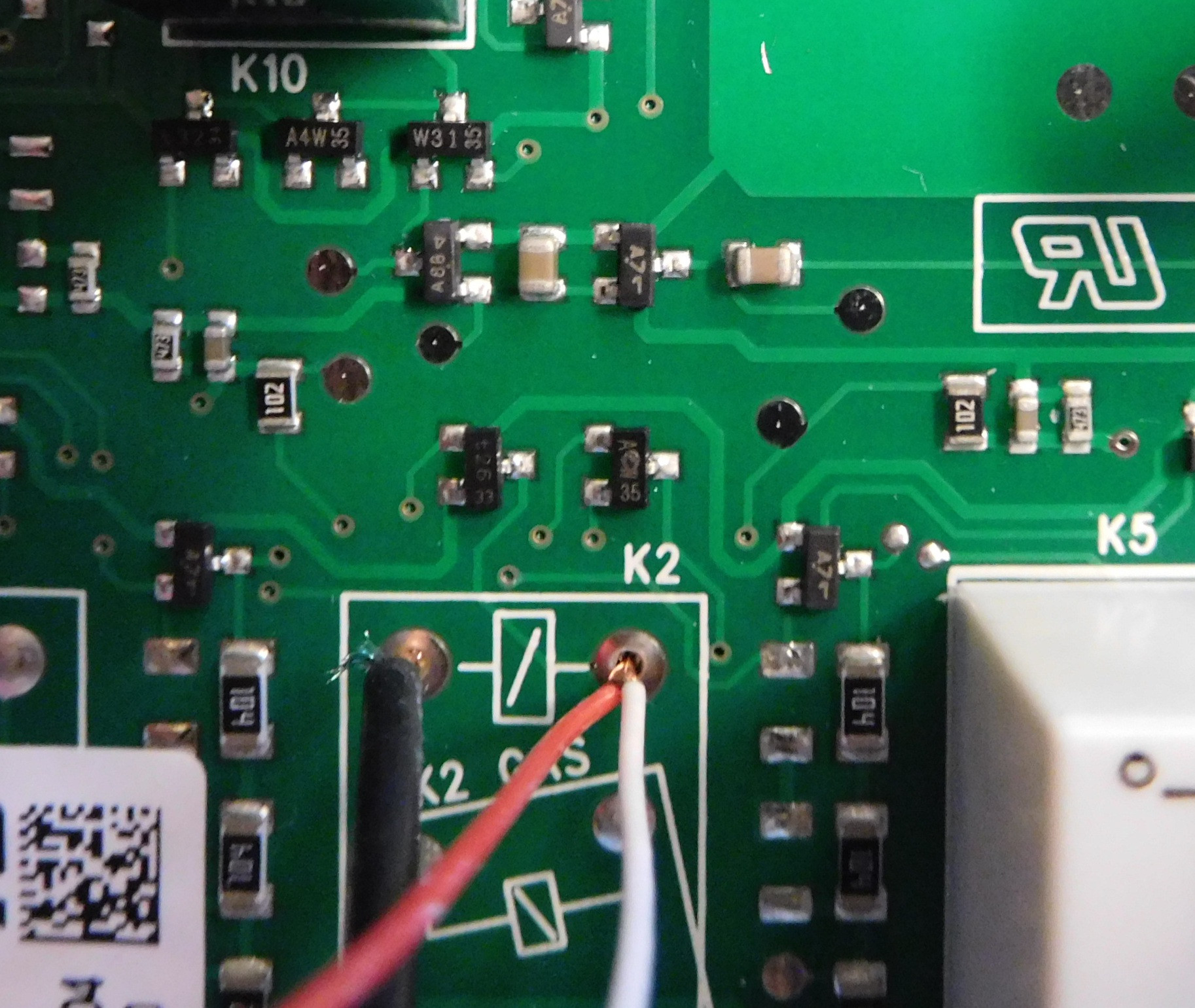 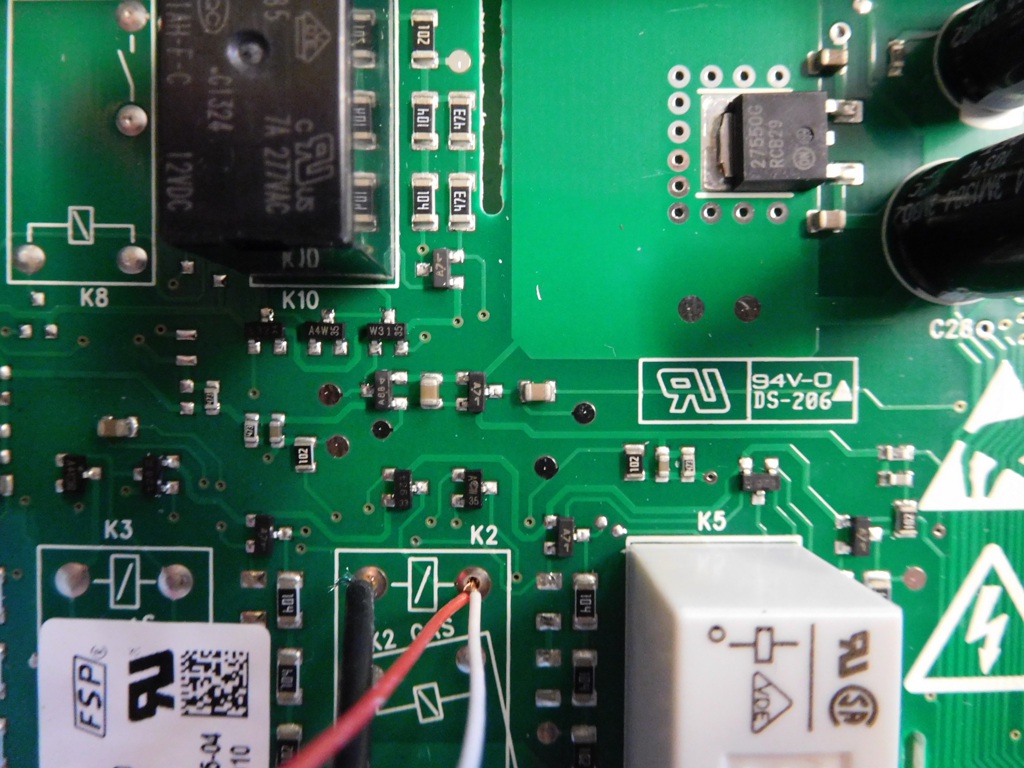 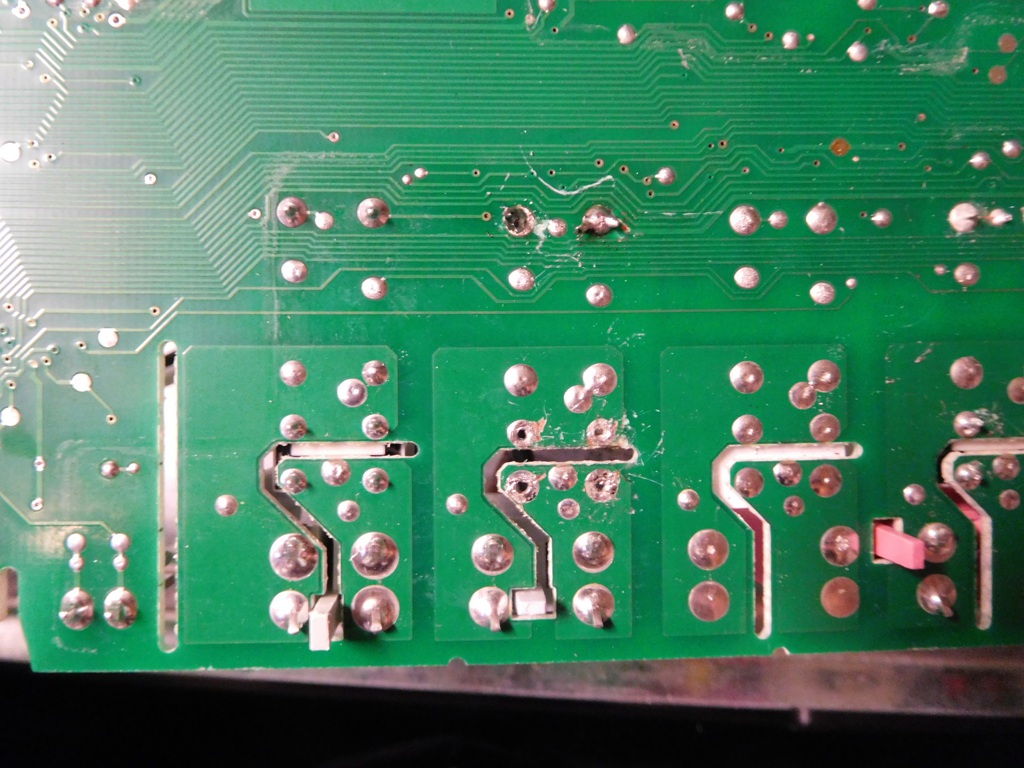 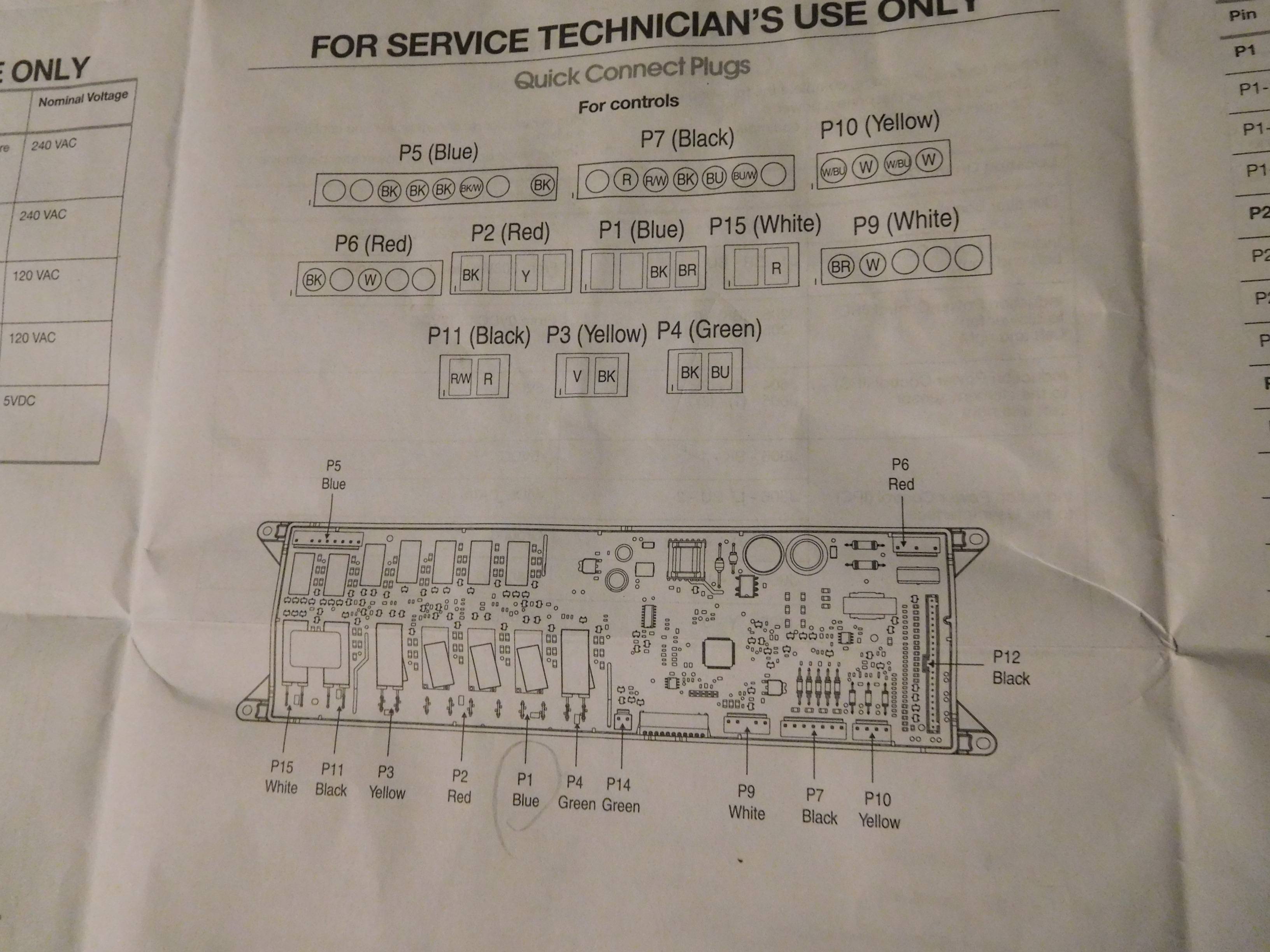 I found that relay P11 (P1 is the relay I've been talking about) is a DLB for the element. DLB means double line break, so I believe the heating element circuit goes through P11 and P1 in series, both can turn the element off. Which is more baffling because it means they'd both have to fail. That would make you think that the logic coming from the chips is wrong, but remember when I tested the relay it was opening and closing properly when the oven was turned on/off by me, but I didn't have load on it at the time. Can I test a relay for continuity while there is load on it?

THermal regulating Relays get a lot of cycling and inrush currents at random phase voltage . When they cycle a few times a minute they can wear out prematurely from arccing and pitting on the contacts which of course causes them to be partially welded and stay on.

The problem may be some engineers overlook the fact that the rated current is less than the surge current due to the PTC resistance coefficient and if switched at peak voltage at random with a low cold resistance to the heater element instead of 10A it might be 25A peak before it settles to 10A. This naturally erodes the contact plating faster. 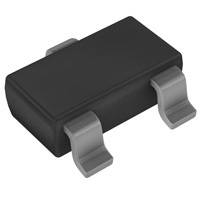 Read and understand this Consider a better replacement if it fits.

I suggest measuring the relay coil voltage when it is meant to be off (or at least when you are commanding it to turn off). If there is still voltage (12VDC) on the coil, then it is nothing to do with the relay, it's doing what it should be doing and remaining closed. If however the drive voltage disappears, however you still have closed relay contacts, then it is a faulty relay.

Maybe your oven has a connection like this one, the normally open button is the one that powers your relay, once it's powered the contact is closed and starts to feed both the load and the relay, until a NC switch (maybe a thermal relay) is opened to stop the current flowingh trough the coil. 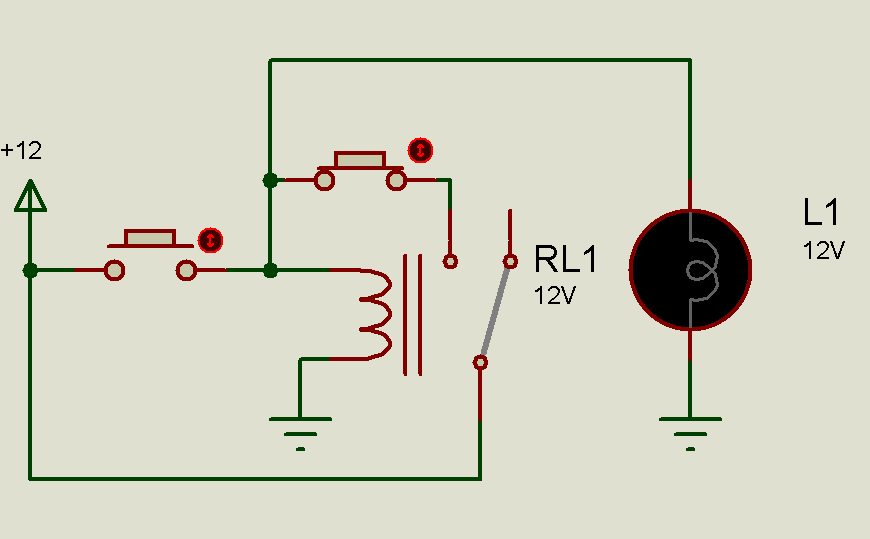 6
Determining Capacitor Discharge Rate
0
mechanical relay output voltage doesn't change
0
Relays in series to handle initial short circuit
2
Multiple Broken Relays -- What About My Circuit Is Making Them Fail?
1
Using a Relay with SMPS as load leads to contact welding after keeping energized for sometime
0
Thermador oven circuit board troubleshooting - where to go from here?
0
Stop a Relay H-Bridge for Brushed DC-Motors to get burned
1
Relay system not always working