I have a home-made battery pack, and am wondering if it is safe to charge.

It came with a US wall charger labelled as

(that symbol is supposed to be a horizontal bar with three dashes below it.)

I have used two CR123A 3.6V batteries in series, and this runs the light part nicely. They are "protected" ones, confirmed by the slightly longer length and the small vent holes around the positive terminal. These were clipped into a battery holder, wires were soldered to tabs, and the whole thing was covered in heatshrink for water protection. 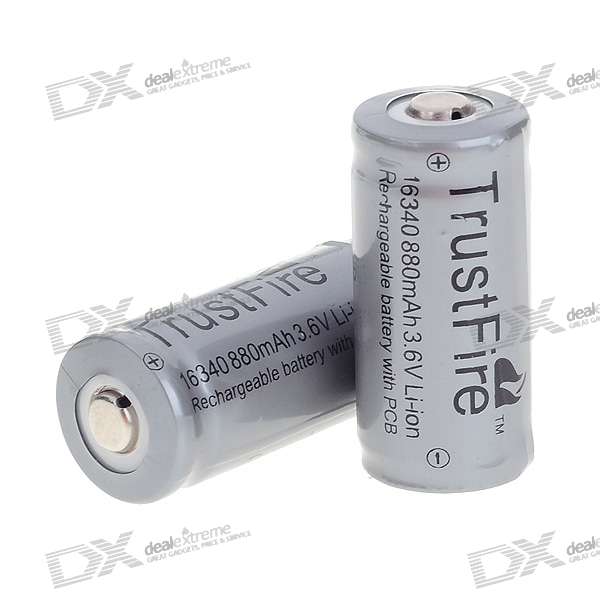 Is this charger suitable to charge this battery pack?

Edit - since asking, I connected the new pack to the charger and left it for 3 hours. The charger's LED started as red, and then went green after about 150 mins, suggesting it sensed the chargedness of the pack and dropped to a lower power state.

Will the charger work? Yes, it should. But if it charges at 1A then it will most likely put unnecessary strain on the batteries and shorten their life. Typically you want to charge batteries at less than 1C (which for those 880mAh cells would equate to 880mA). I know there are cells out there that can support much higher rates without major impact to cycle life, however most cells are not made for that.

Is that charge time reasonable? Yes, 2-2.5hrs is a perfectly reasonable charge time. This is due to the fact that it charges slower once it hits the voltage limit.

Not the answer you're looking for? Browse other questions tagged lithium-ion charger or ask your own question.

6
How can I safely charge 3 lithium 18650 batteries to use in one pack?
1
Do I need special charger for a Lithium-Ion battery?

0
Using Dynamo Pull Strings to Charge 9 x 3.6 V li-ion batteries @ 120 mAh in Series
4
How to determine the total number of charges a portable charger can supply for a phone?
3
How to connect old 18650 different capacity cells as a 2S2P pack?
0
DIY 18650 charge pack questions
1
How to charge a 3cell 11.1V battery pack made out of 3 Nokia BL-5C?
0
Will a 42000mah portable power bank charge an electric bike battery?