What does this Op Amp Circuit in the Voltage Regulation Section Do?

This is the mystery circuit (the Op-Amp part): 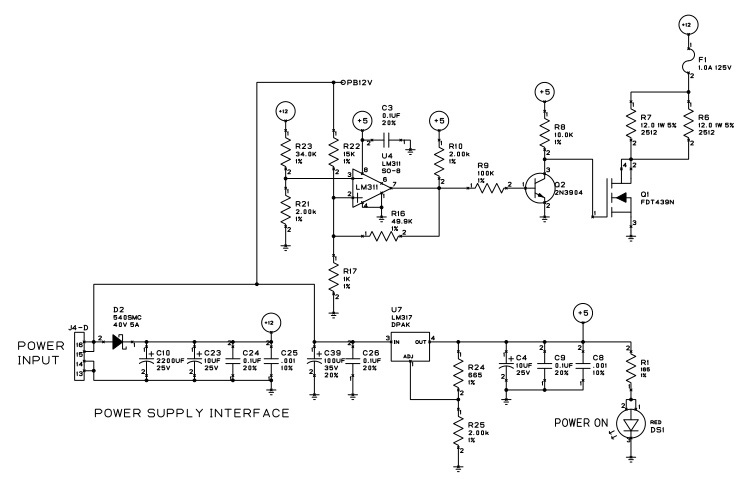 It appears in the voltage regulation section of a stepper controller board (stepper driver and micro not pictured).

At a glance, it seems like it loads the 12v rail through Q1 if the rail starts to exceed PB12V, but why would the designer even want to do this?

I have no idea what the function is, but that's what it appears to do.

I think Andy and Enric got it with the supply cap discharge explanation.

Based on that I can think of 2 reasons this circuit might be necessary. One, like others have mentioned is that makes the system power down quickly when the power is removed. The other, is this: If the user manually turns the stepper motor, it will send voltage into the motor driver, and back-power the 12v rail through the protection diodes. I've witnessed this on other designs that don't have this circuit, (displays flicker, etc). The diode and mosfet arrangement means that the 12v rail effectively has a 6 ohm load whenever the power is unplugged, that would probably bleed of any back-power from the motor.

LM311 is a comparator, not an op-amp. The designer has configured it to have some hysteresis, probably to avoid any false triggering of the circuit.

Another thing that happens when the input voltage goes down, is that diode D2 will isolate the capacitor bank of the 12V rail from the input voltage line, but they will still be charged at 12V. More on this later.

Going back to the LM311, we find out that switching off its output will switch off Q2, which in turn will turn on Q1. When Q1 turns on it will switch a 6 Ohm load to ground, which will generate across it quite a high current from the 12V rail.

That current will quickly discharge all the capacitor connected to the 12V rail, provided the fuse doesn't blow in first place. If an adequate fuse is selected, the initial 2 A peak current will not last enough to blow it. This way Q1 and the resistor will be protected from a faulty operating condition (continuous 2A conduction) but still be able to do its work under normal conditions.

So, what's this circuit intended for? Probably for discharging quickly the 12V rail capacitor, as Andy aka says. Why such a thing is needed is a question that can only be answered by the designer of by careful analysis of the broader design.

Note that the designer could have opted for connecting a bleeding resistor between the 12V rail and ground, but that would have greatly increased the current consumption if the discharge time required is short. What the designer does here is connecting a strong bleeding resistor when it's required only (at the expense of a greatly increased complexity).

There seem to be two 12V-ish rails, one the 12V in the circle, one the PB12V which makes me think "car battery" but according to D2 this is supposed to be above 12V, so the comparator senses if this is above the (capacitor buffered) 12V rail, and if not the comparator (powered by the 317 and the capacitors) stops driving Q2 which stops pulling the gate of Q1 to GND, making it conduct.

This will then discharge the capacitance of the 12V rail, putting the capacitors into a safe state.

The fuse will not blow as even if it exceeds the rated 1A, fuses usually don't blow unless their rated current is either way exceeded, or mildly exceeded for an extended amount of time, which certainly it is not for discharging the capacitors.

Not the answer you're looking for? Browse other questions tagged power-supply voltage operational-amplifier current voltage-regulator or ask your own question.

6
How does this reverse polarity circuit work?
4
Can a constant-current stepper driver be coerced to act like a constant-voltage driver?
2
Arduino Motor shield external power
0
Can the output of two 15-amp motor drivers be hooked up in series to achieve a 30-amp tolerance?
0
How this circuit works?
1
How does this Op-Amp Circuit Work?
0
OP-Amp Diode Clamping Circuit
1
Positive and Negative Sense Circuit. How/why does this work?
0
Powering Evaluation Board, Voltage Regulator Fizzles Out