I am working on a few practice problems for my course and I am unsure about my working throughout.

hoping for some feedback and guidance from the community as it's not my strongest topic.

Here is what I'm trying to do.

I am trying to analyses the operation of a TTL NAND gate with totem pole output configuration. Therefore I want to find all the relevant currents for both high and low output states. 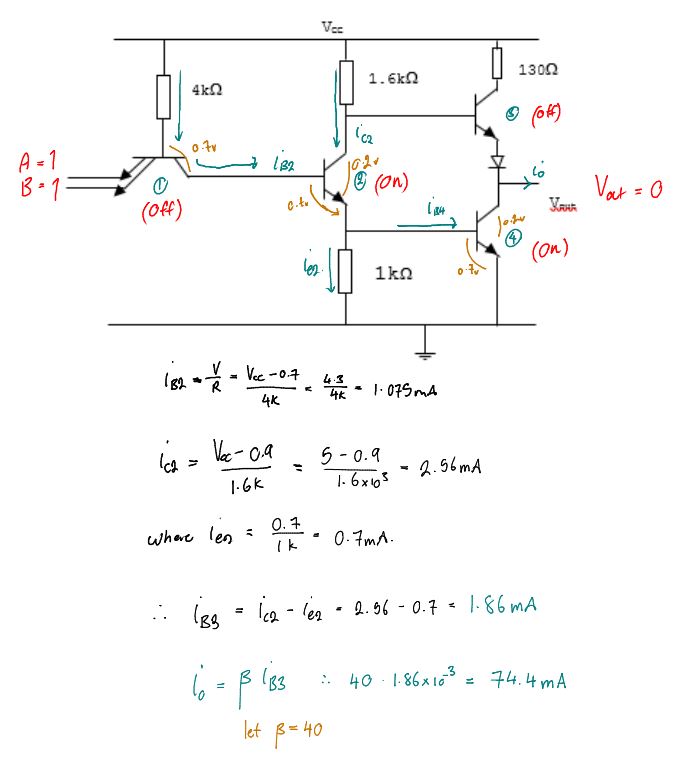 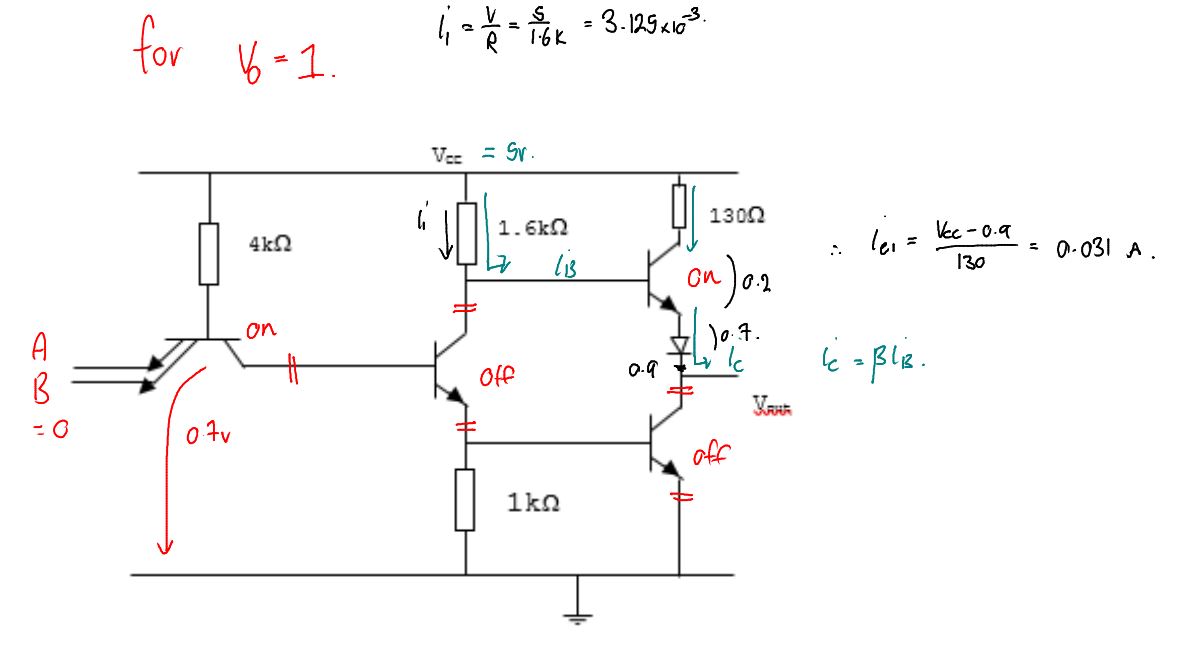 Thanks in advance for any help and guidance given :)

Let me draw out the schematic using the editor (you should have done this, too.) 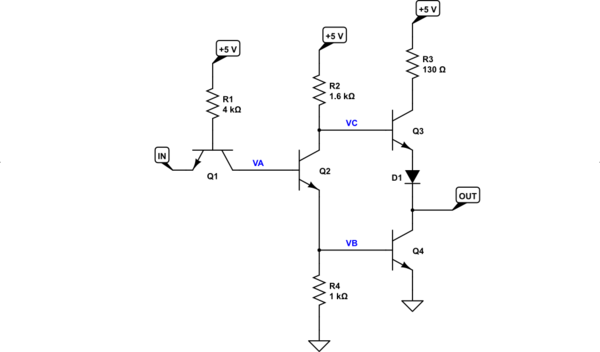 One of the first things to understand is the capability of the output, as that is what will be driving other inputs. We don't know if this is important, or not, just yet. But it is worth considering. If \$V_C=5\:\textrm{V}\$, then it roughly follows that \$V_{OUT}\le 5\:\textrm{V}-2\cdot V_{BE}\approx 3.6\:\textrm{V}\$. So the inputs will probably not be much higher without an external resistor to help a pull-up on the input(s).

Finally, it's worth noting that the inputs can't themselves pull down on an output. They can source current but they really can't sink current.

With those crib notes out of the way, let's look at the input: normally, it will be the case that \$0\:\textrm{V}\le V_{IN}\le 3.6\:\textrm{V}\$. [I've removed one of the emitters because it's harmless for these considerations (and because that's CircuitLab for you.)] Sure, you could wire it close to \$5\:\textrm{V}\$, but let's stay more realistic here. 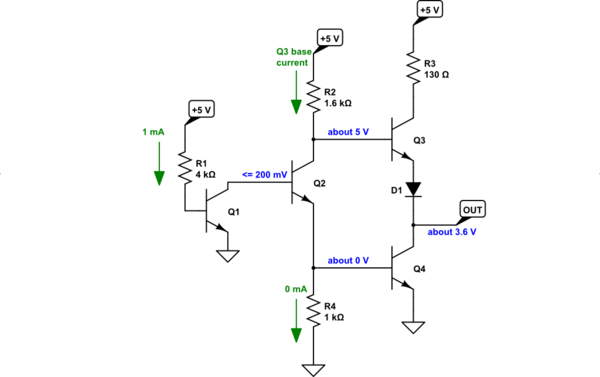 In this case, they have designed the output well assuming your \$\beta=40\$. The two equations for the output voltage are: 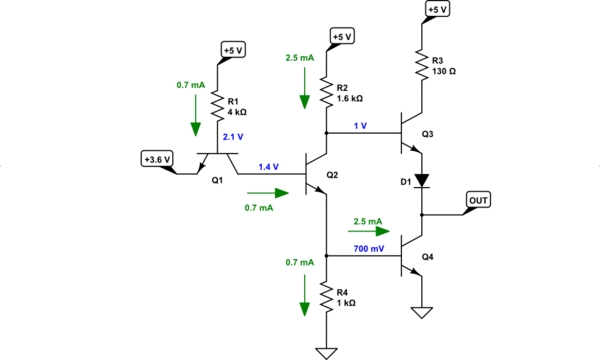 Here is a specification sheet for TTL:

Not the answer you're looking for? Browse other questions tagged transistors ttl nand totem-pole or ask your own question.

2
How does a microprocessor control its transistors?
2
Totem-pole bipolar circuit explanation
4
TTL, Totem Pole vs. Open Collector Output
4
Why are bipolar transistors often used with the base at vcc?
3
Working of a transistor in a TTL inverter circuit
3
TTL circuit analysis involving a multi-emitter transistor
-1
trying to figure out the differences between the six transistors provided by the schematic tool
0
A simple circuit of NOT using a buffer
3
Fan out of TTL Circuit
0
Collector current in a BJT transistor whose base and emitter are forward biased
See more linked questions