What is the difference between a low end and a high end rework station, and why pay for a higher end station? [closed]

I just got a cheap Chinese rework station, which broke on me after a few minutes. After some inspection, I've found that most of these low end soldering stations look exactly the same, minus some coloring / aesthetics. Let's see a few examples.

This is the station that I have ordered. The picture is not accurate, as the unit that I have is branded under a fake company "Yuhan" and is likely not made for american use. That's besides the point, note the location of buttons and knobs on the front plate, which are true to the actual unit. 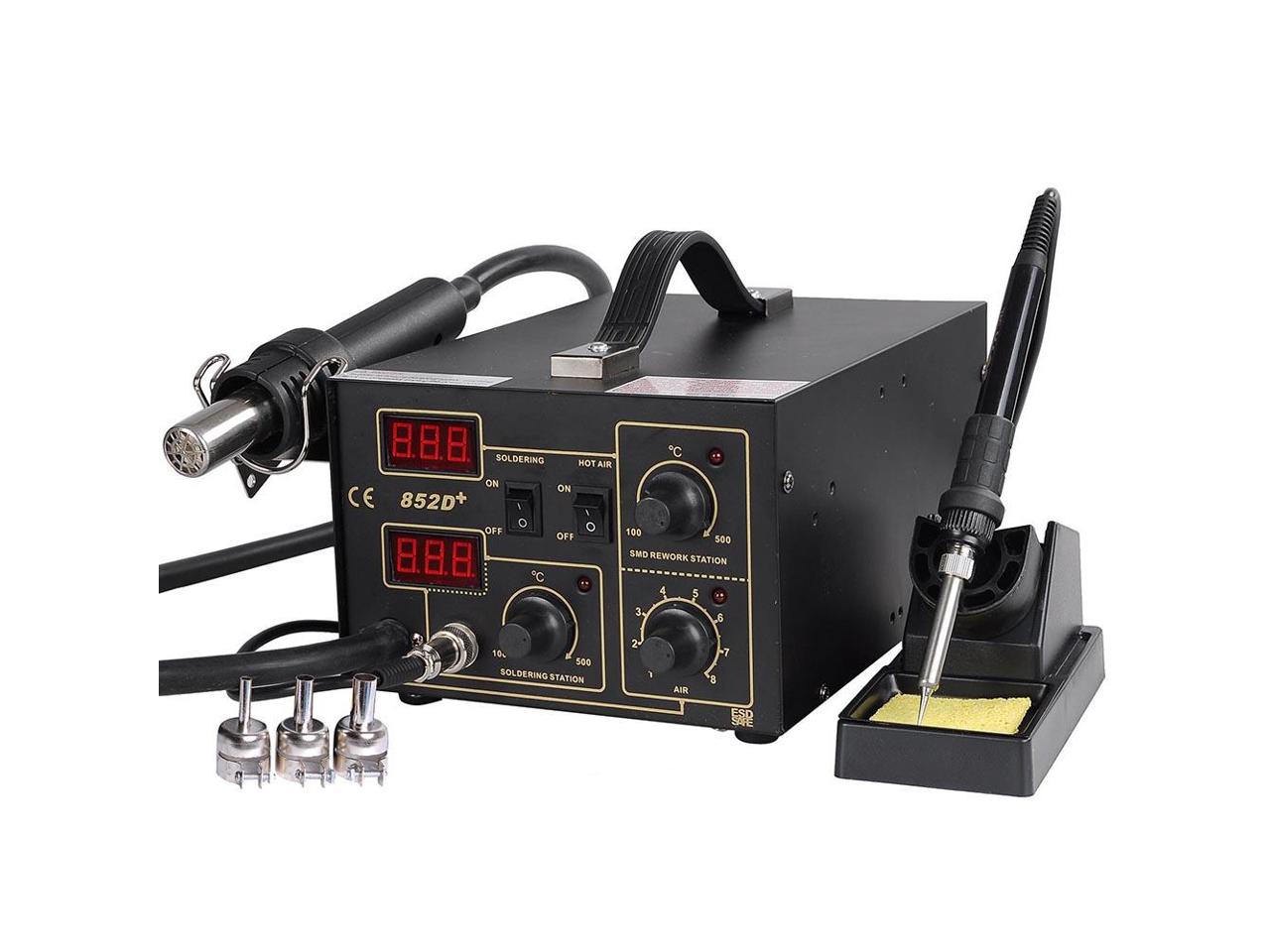 Let's take a look at another. This one is about 30% more expensive, and is actually branded under the name "Kendall", and has the same interface, and in the same location, but with different stickers. 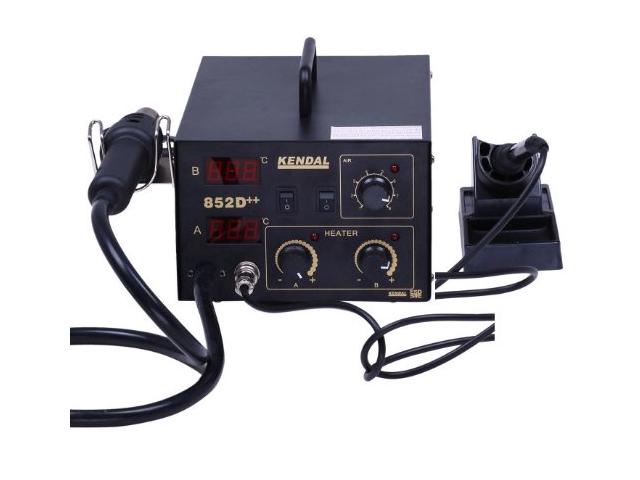 Seemingly the same product, no? Well, let's add another, 2 data points doesn't establish anything more than a coincidence. This is the Aoyue 968A+. it is double the price of the previous station. 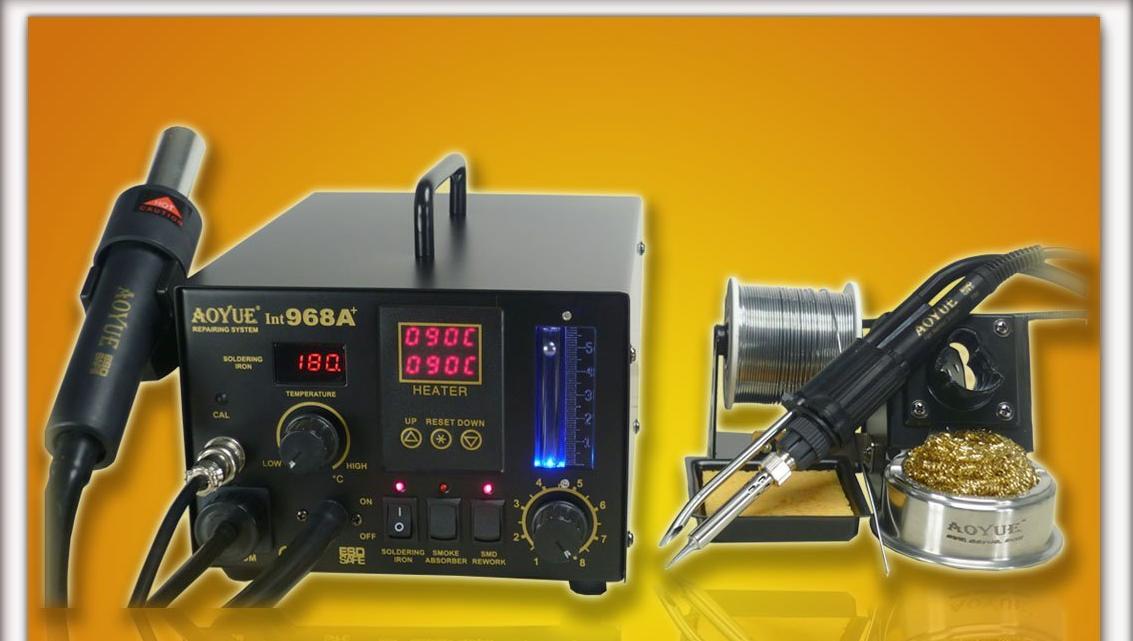 It uses the same technology as in the first two, but also runs an extra tube through the compressor to form a "smoke absorber", which then gets spat back out the hot air module.

All of these stations seem like near exact clones, with different panels in the front and minor differences in the interface. So then to my question, What is the advantage of getting a higher quality unit if they all seem to be the same thing?

At home I use a Hakko digital soldering station, while at work we use Weller units. Both are similar quality and price (around $100), and both share a lot of control layout similarities to my old Radio Shack iron that was $40 and burned out in a year. Certain controls are necessary, and they're going to have similar positions because that makes the most sense for the user.

The first two rework stations are probably made by the same parent company and are identical in circuit and chassis design. Component choice and quality control might be better on the Kendal, which is why it sells for more. It might also just be marketing, as some people will pay more for a domestic-sounding name, believing it to also be better quality.

The Aoyue looks like it comes with more stuff, which might be enough to justify the higher price without being a better quality unit. It's also advertising additional features, which in marketing commands a higher price.

There's also the fact that companies might be imitating other, better-known units to ride on their coattails and grab sales from people who thought they were buying the brand-name unit.

TL;DR there are several reasons why units might look the same or similar, but that doesn't necessarily mean they're all the same underneath. Only you can decide if it's worth it to buy the more expensive unit.

Not the answer you're looking for? Browse other questions tagged rework or ask your own question.

0
What is the optimal way of clearing solder from surface-mount PCB pads for rework?