I've tried to redrawing the circuit, but I getting very confused on you would exactly go about combining these resistors. I found this exercise in a book, however, at the end of the book, it only shows the answer and not the approach. So the thevenin resistance should be 51.61 ohms.

You need to do the Thevenin’s theorem in the orange box. 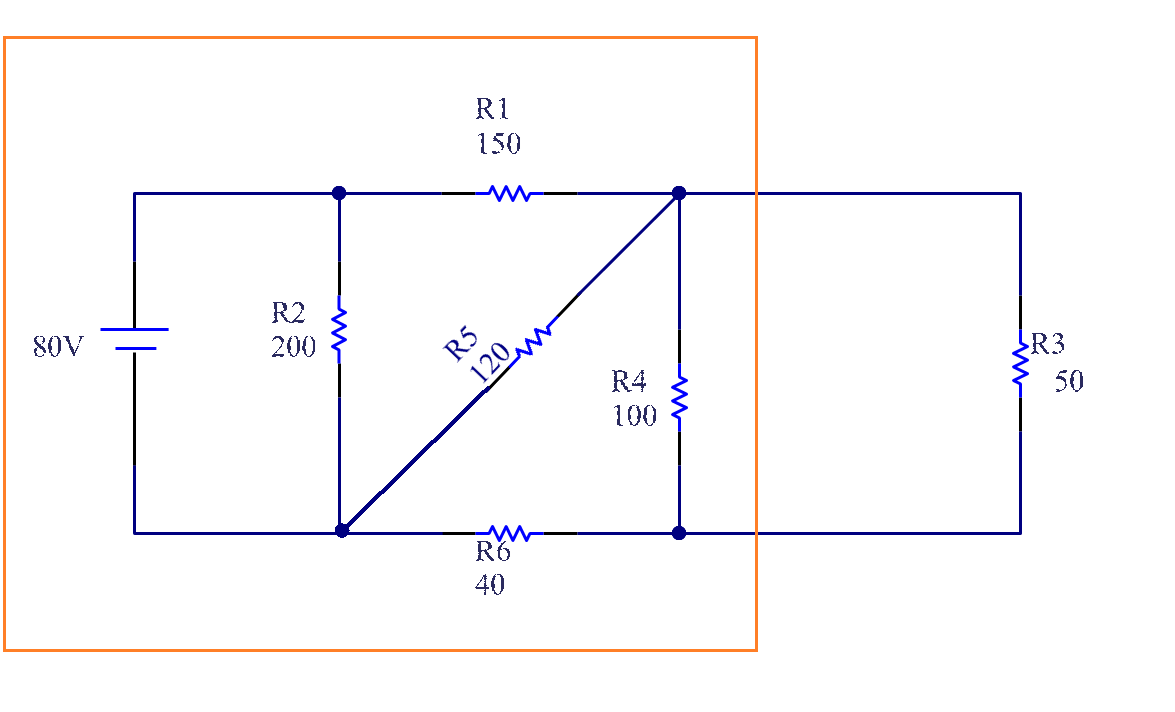 Try the following sequence of steps. If you don't follow any of them, let me know: 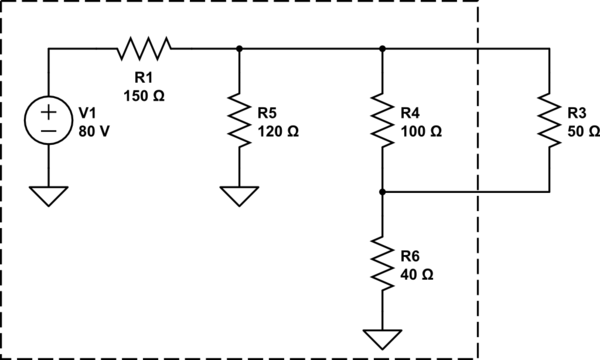 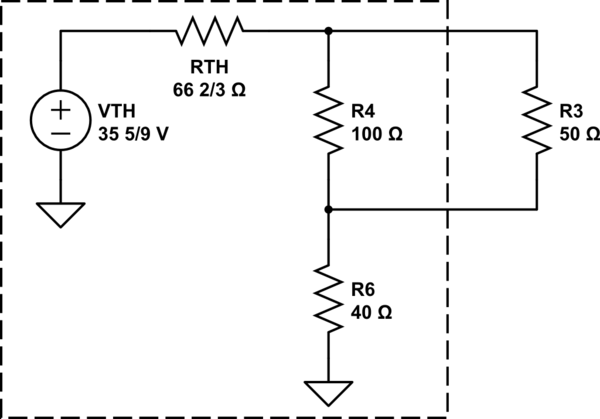 The method here is fairly straightforward: ask what would be the resistance looking into the circuit from the load point of view, if the voltage source was replaced by a short ?

If you go through calculations, that's:

I'm not doing the work for you but just list two different ways to solve this:

Not the answer you're looking for? Browse other questions tagged resistance thevenin or ask your own question.