How to find Vout for the following band pass filter

I have a problem finding the following Vout for this circuit.

Is it possible to just use the following formulas that i have shown. I am just unsure due to the resistors. 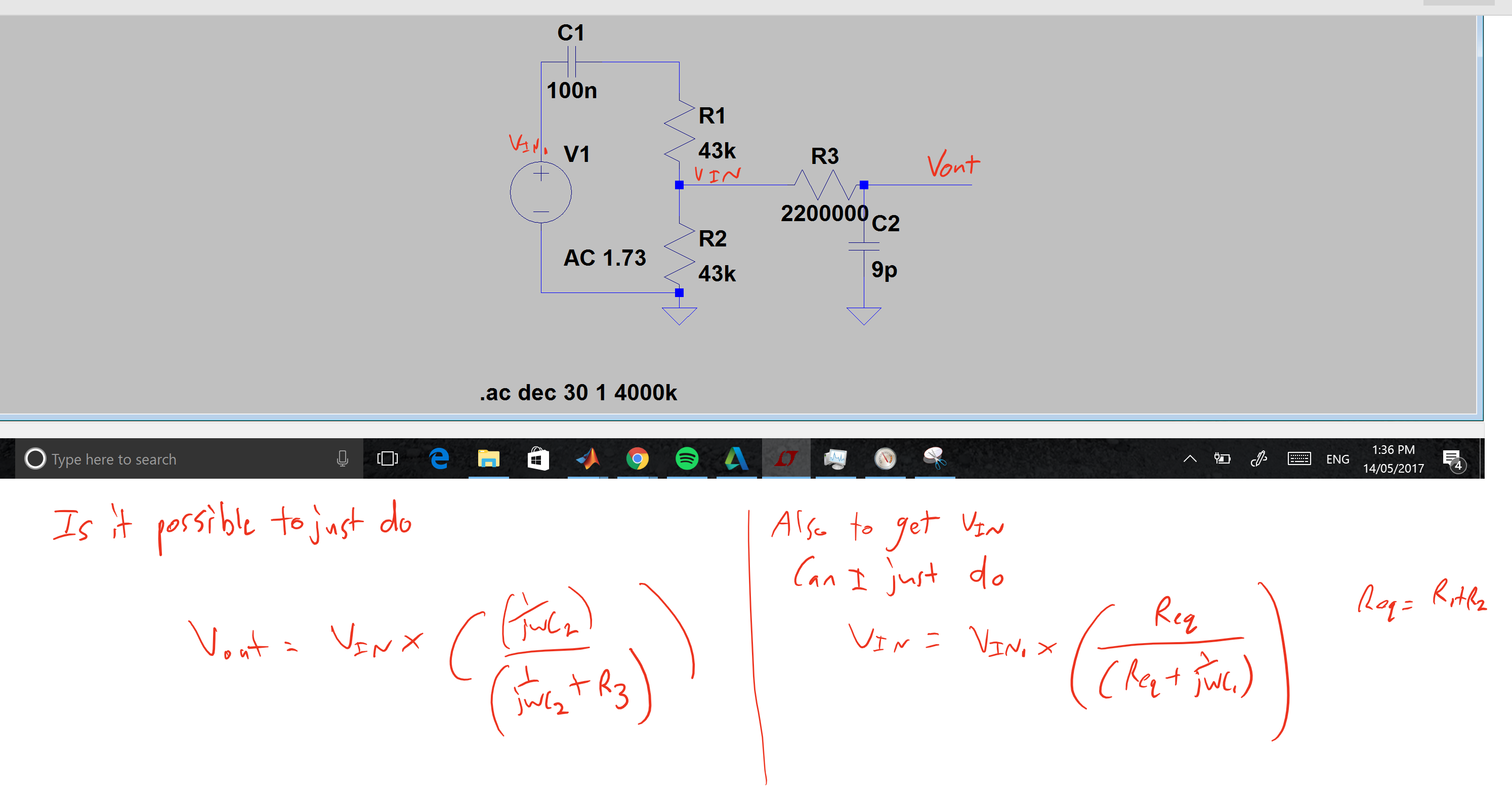 I assume that what i have done is wrong as i might need to take the other resistances for Req.

In short this question is asking:

1.How to find Vout and Vin

filter low-pass band-pass
Share
Improve this question
asked May 14 '17 at 4:45

This type of passive circuit can be easily solved and expressed in a so-called low-entropy format using the fast analytical circuits techniques or FACTs. The principle is to apply the generalized transfer function formula for a second-order system. It is defined as:

What you do are simple sketches from which you infer the above values. No equations! 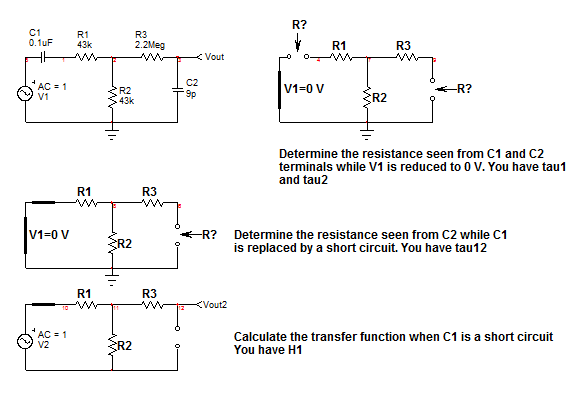 The complete transfer function involving the zero at the origin is then:

in which (this is a raw result and you can rearrange and simplify):

I have captured these equations in a Mathcad sheet to show how the reference equation (read raw expression) compares with the low-entropy format. 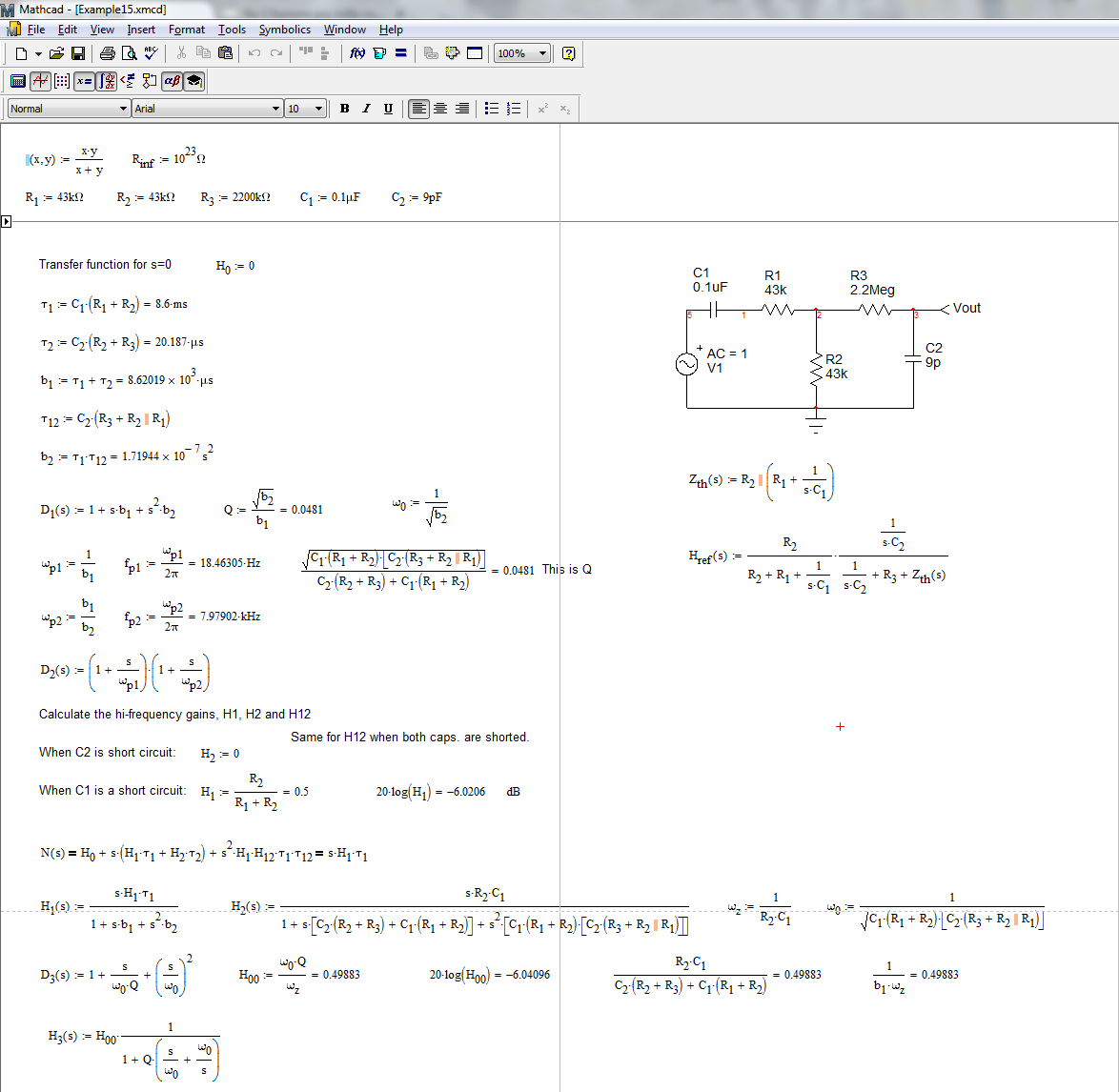 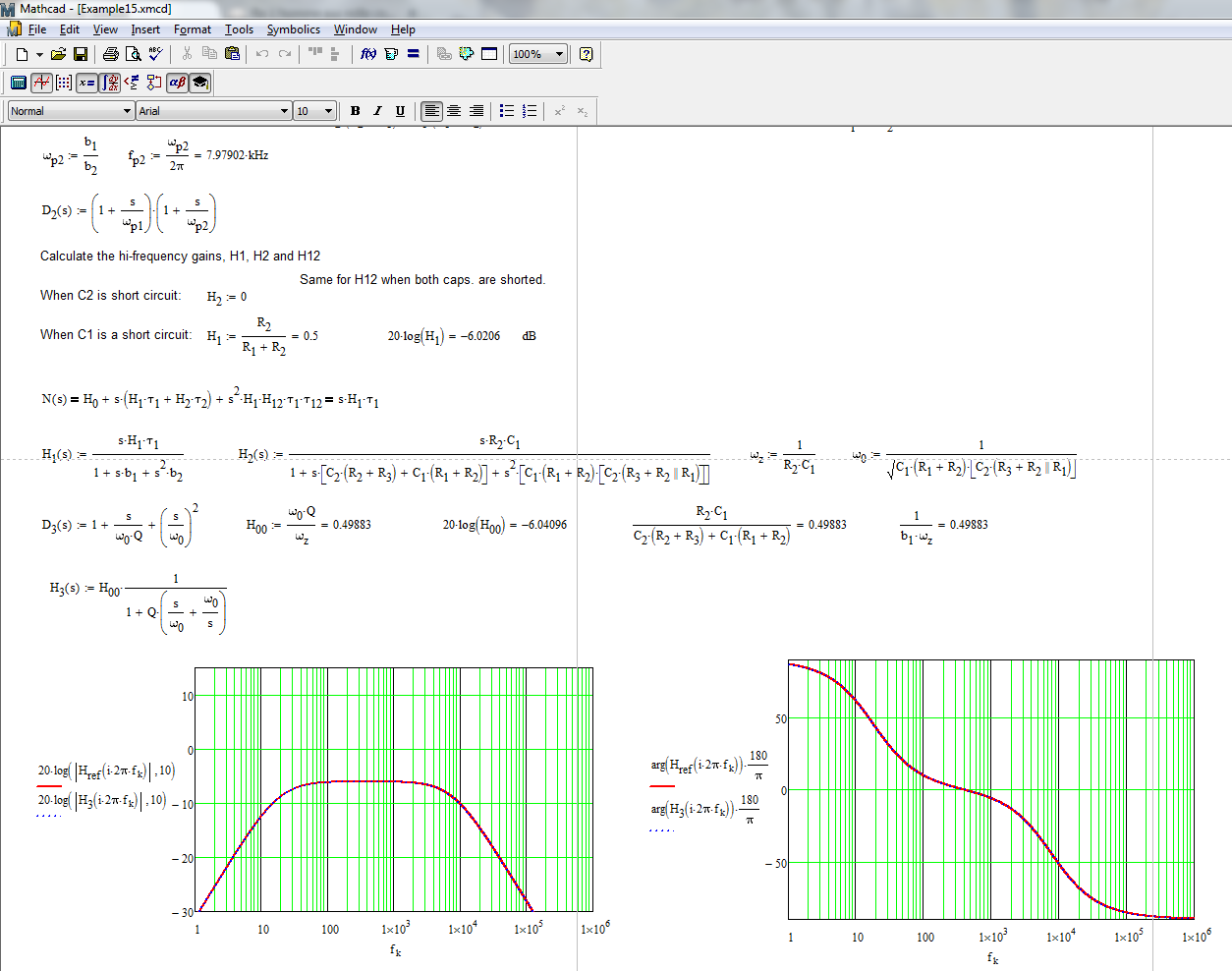 They perfectly match. The difference is that you now have a transfer function letting you calculate the values for all components depending on how you want to tune this filter and what attenuation you want at the peak. What truly matters is the low-entropy well-ordered form which tells you what terms contribute gains (attenuation), poles and zeros. Without this arrangement, there is no way you can design your circuit to meet a certain goal. To my opinion, the FACTs are unbeatable to obtain these results in one clean shot (you would need to rework the raw reference function to obtain the form I gave). If you are designing circuits (passive or active) and need to determine transfer functions, I encourage you to acquire that skill because once you have it, you won't go back to the classical approach. If you start slowly step by step, it is quite simple actually. Complicate expressions when you master 1st-order circuits.

You can discover FACTs further here

and also through examples published in the introductory book

Left hand side is ok,

Right hand side equation is not.

Not the answer you're looking for? Browse other questions tagged filter low-pass band-pass or ask your own question.