How can I find the equivalent resistance in the given circuit? [duplicate] 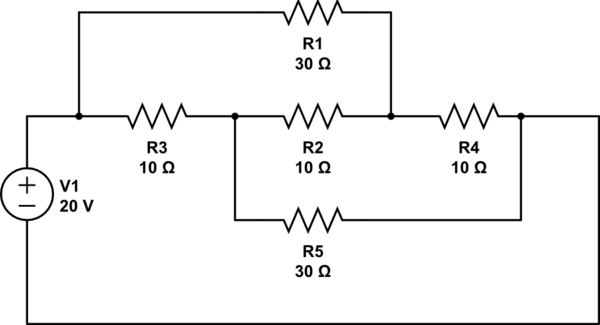 The general answer is: 'Use Kirchhoff's circuit laws to find the currents in the circuit and then calculate the equivalent resistance from the appropriate V/I relationship.'

More specifically, I would set the currents as follows: 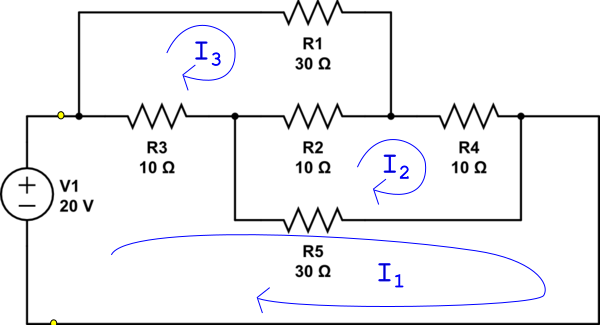 Write KVL equations for each of the three loops (as defined by the currents),

An example of this process can be found here.

Thevenin is often taught before mesh, branch, or nodal analysis methods. You can use Thevenin here with some ease. Just follow the steps indicated by the blue arrows below: 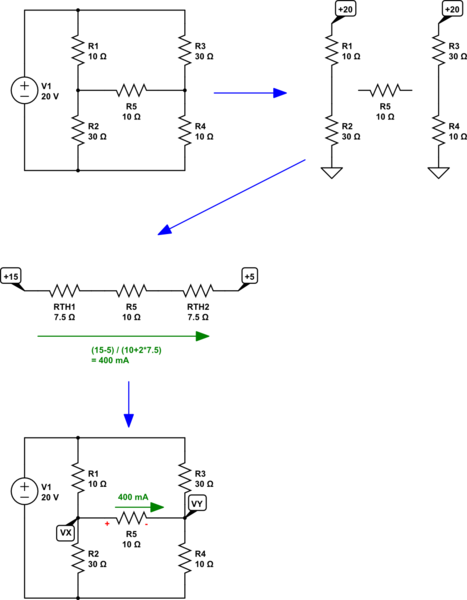 For example, just "eyeball" the above equation for \$V_X\$. You can easily see that the first factor is just \$16\:\textrm{V}\$ and that the second factor is just \$\frac{3}{4}\$. So \$V_X=12\:\textrm{V}\$ is very quickly observed without even bothering with a calculator, at all. \$V_Y\$ is now obvious, as well. And the currents are similarly now quite trivial to compute and add up. From there it is just a matter of dividing that sum into the original source voltage and you have the equivalent resistance.

This approach uses only Thevenin and some quite modest algebra and doesn't rely upon techniques or tools used to solve simultaneous linear equations. So it can be all done on a cheap calculator (The US$1 variety) or even approximated quickly in your head (as I just demonstrated.)