Not getting proper acknowledgement and stop condition on I2C bus

I am trying to communicate Kinetis K60 tower board with a Cypress IC CY8CMBR3116 cy8320 development board as slave IC. There are only two devices on the I2C bus. I am attaching a snapshot of the communication taking place on the I2C bus. 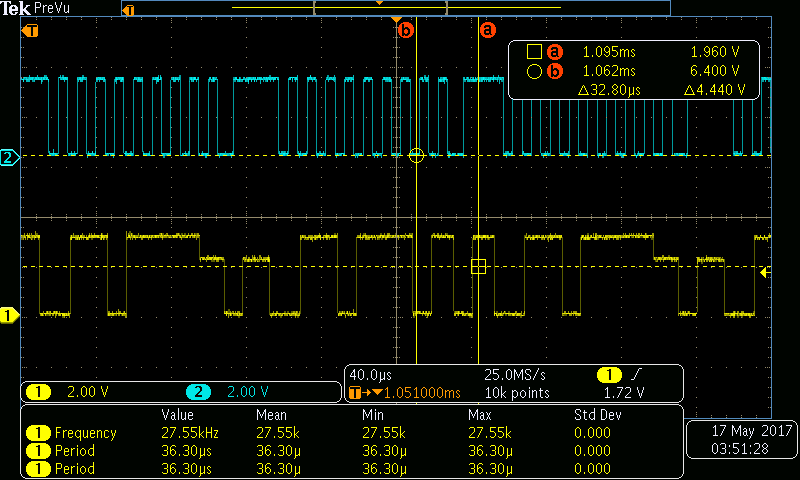 The problem is that the acknowledgment is not low enough for the master to detect and even the stop condition is not correct. This is happening after sending the default address of 0X37 to the cypress IC.

Please tell me the reason for this output.

TL;DR - Some or all of the problem(s) are in your code.

You didn't supply the relevant code, but the two problems that I see in that scope trace, are both code-related:

Not the answer you're looking for? Browse other questions tagged i2c nxp kinetis or ask your own question.