I have a HIP4082 full bridge MOSFET driver driver driving a full bridge. After some experimenting with the circuit prototype i found out that the driver heats up to over 60 °C after a short while of running, which concerned me but it worked fine. However as I decreased impedance across the load (which was originally connected to primary coil of a transformer) the driver started acting in a weird way and i found out that it has blown out. This is already the second driver i destroyed this way and they're expensive as hell, so I need a solution.

I think what's causing the driver to blow out is that when I decrease impedance across the load I basically create a short circuit between the driver's bootstrap pin and ground, which kills it. By adding a resistor across the load or the whole bridge and ground, I could easily solve the issue, however I do need low impedance on the load because I need high current (up to 20A).

I thought about adding a resistor across the driver's bootstrap line, but I have concerns about it affecting the bootstrapping functionality.

EDIT: I'm actually using IGBTs in place of MOSFETs (specifically IRGPS4067DPBF) Also I'm not posting a layout because the full bridge is not on a PCB but it's simply bridge-soldered to the driver circuit. The full bridge operates at 150 kHz square wave.Both circuit and load voltage is 12v

The full bridge is connected as in the driver's datasheet, except the feedback loop and shunt resistor: 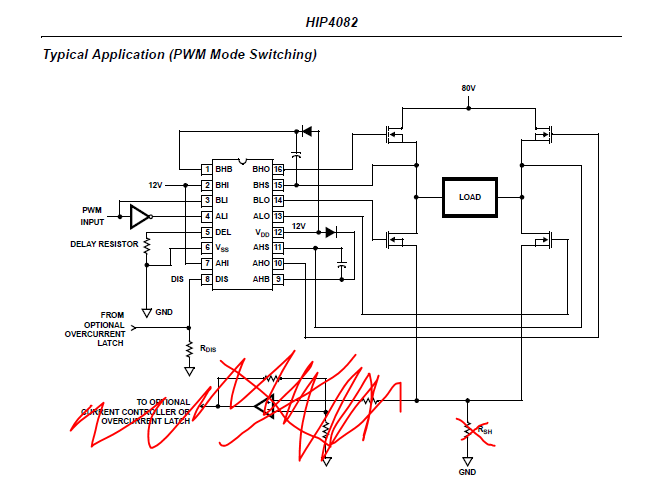 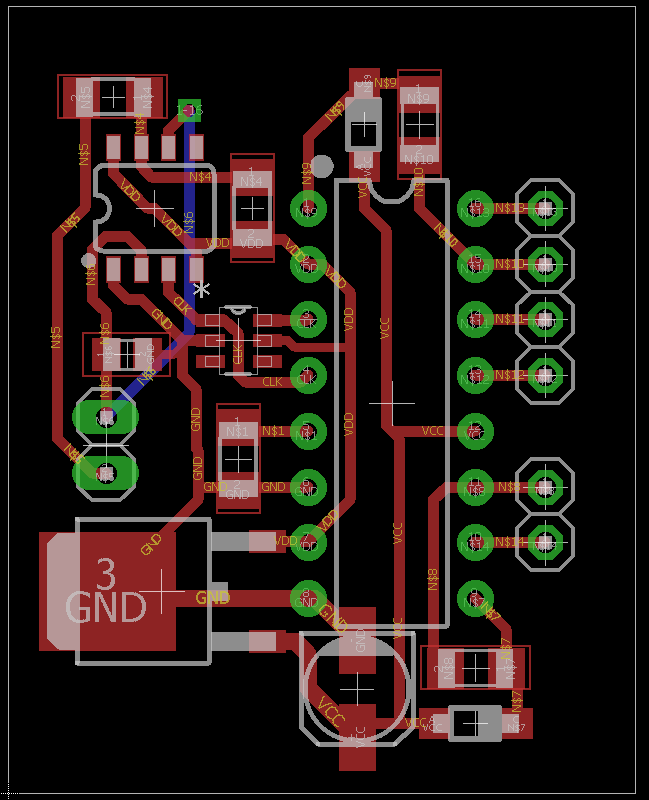 And here's the picture of the bridge: 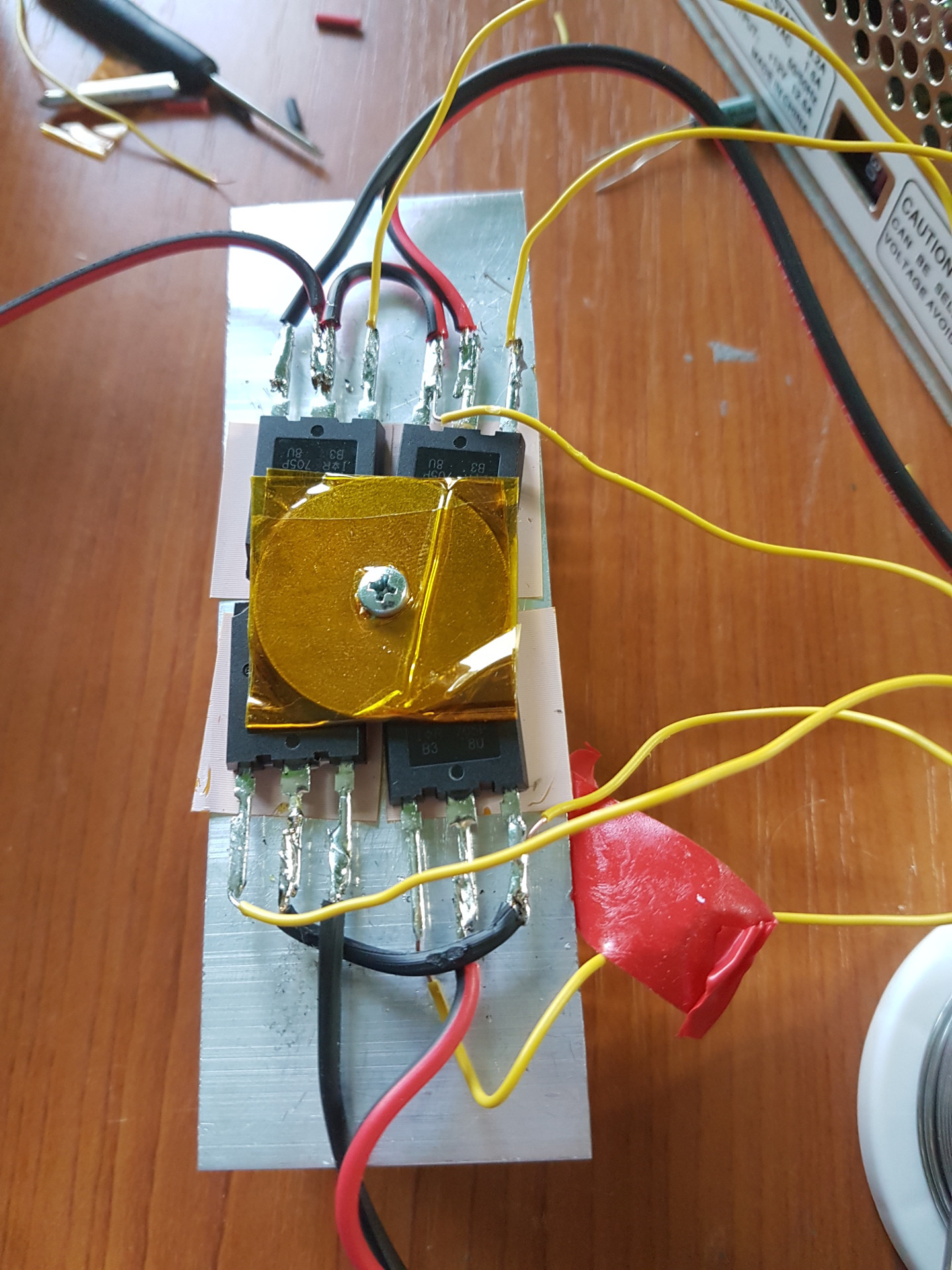 If your load is a transformer, some inductance will be involved. The power leads also have inductance. Switching will create voltage spikes on the main power rail, which can be high enough to blow your driver.

These spikes are normally absorbed by decoupling caps on the power rail, but there is no decoupling on your schematic... and you didn't show your layout.

This is really a hunch. You should show your layout.

Your layout may be sloppy. Blowing the driver out at high load current (as opposed to shoot through, which is independent of current) usually indicates that you have stray inductance which is causing excursions at the driver output that are unacceptable. Try adding some reasonable series gate resistance (15 or 20 ohms) and clean up your layout to minimize loop areas that carry load current. Make sure you have bypass capacitors on the 80V and 12V buses.

Generally 150kHz is quite a high switching frequency for IGBTs, also IGBTs are not a very good choice at low voltage- they have a lot of voltage drop. MOSFETs are typically a superior solution when voltages are low- their big advantage is that they are available and are inexpensive (small die size) with very high voltage ratings (eg. 1200V) and the voltage drop does not get worse.

Not the answer you're looking for? Browse other questions tagged mosfet-driver or ask your own question.

9
Why have my MOSFET drivers blown in this H-Bridge?
2
Driving high side MOSFET problem
4
Is it safe to “top up” bootstrap capacitors using a charge pump?
4
MOSFET driver for digitally controlled, battery powered boost converter
1
MOSFET driver without gate resistor
1
Cant get a grasp on how a full bridge on IR2104 works
1
Mosfet drive heating issue
3
What is causing these switching transients on a 3 phase motor driver?
2
High voltage nanosecond pulse generator
1
Problem with mosfet driver circuit/switching