I am working on a boost converter design using the LTC3788. I would like to take advantage of the dual output capabilities of this chip to produce 24 VDC at 4 amps on one output and 48 VDC at 2 amps on the other output.

Linear Technologies provides an example of this circuit in Figure 10 on page 29 of the LTC3788 datasheet. 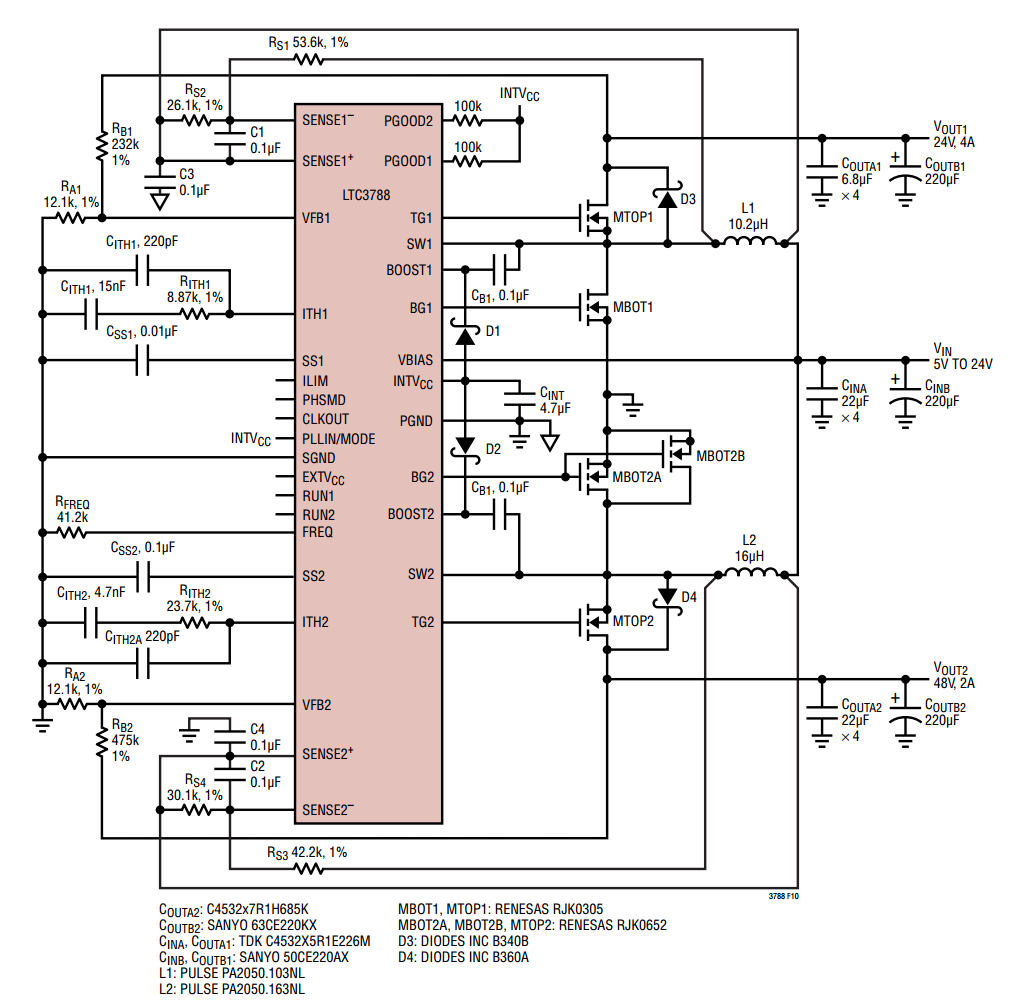 I was able to simulate this circuit in LTspice but I am having trouble interpreting the simulation output. Some of the components referenced in the figure were substituted with equivalent models that are either defined in the schematic or were found in the LTspice database.

I have read through a lot of the datasheet describing how to choose the external components for a particular design and have chosen components accordingly. I tried specifying models for all diodes, MOSFETs, and capacitors which improved the response of the circuit but the output still fluctuates more than intended.

Other simulations of this boost converter shows a response that reaches steady state in less than 2 mS which make me think there is much to improve on with this design.

It was pointed out to me that the SENSE+ pins on the controller were not properly connected to the inudctors. In addition, the inductors that I originally chose for this design did not specify a DC resistance which is particularly important for this application since DCR sensing is used to measure current to the load. My understanding is that it is important to chose inductors with low DCR values to maintain high efficiency in the controller. A sense resistor could be used to measure current more accurately but, will consume more power in a high current application.

After running a new simulation with an updated schematic the outputs behaved as expected. Using low ESR capacitors also helped with reducing the output ripple voltage.

Browse other questions tagged power-supply design simulation ltspice or ask your own question.