What is the 3D radiation pattern of this chip antenna? 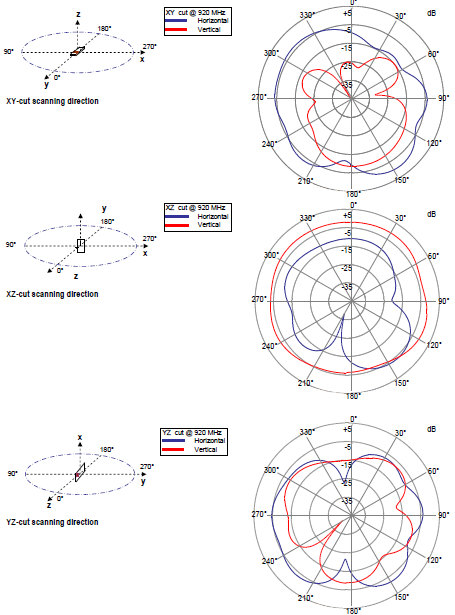 I am not an antenna guru I just know the basics. So I would appreciate if anybody could help me with the following points.

1. Drawing the 3D radiation pattern for this chip antenna taking into consideration the antenna's physical orientation

2. Finding the point of the maximum gain (should I find this value according to the vertical plane or the horizontal one?)

3. I know that for two dipole antennas to get the maximum energy both of them should be side by side and in parallel to each other. But when using a chip antenna and a dipole one how should be the orientation?

Your quest is certainly in the advanced antenna simulation space.

Mention of NEC based simulation could provide a solution, however given the chip sized antenna the numeric precision of NEC would probably mislead. I use an EM simulator called HOBBIES, where it is straightforward (but time consuming) to model your concept design in 3D, and get incredibly accurate simulations.. it happily runs on laptops thru to supercomputers..

The alternative is to simply probe the response of a working antenna, cognizant of near field issues.. again, not a simple task if you desire accuracy.

Not the answer you're looking for? Browse other questions tagged wireless antenna or ask your own question.

8
Helical antennas and orientation
4
How to interpret these antenna radiation patterns?
1
Antenna orientation and polarization
1
Choosing the right Antenna for radio chip
2
What physical factor affects the antenna's bandwidth?
2
What is the difference between smart antennas and phased arrays?
3
What is this antenna called, and what does the polarization and radiation pattern look like?
0
Antenna Polarization
1
Effective area or effective aperture of antenna
1
Antenna Radiation Patterns Explained