This question focuses on the switching of inductive loads at a relatively long distance, specifically on handling the inductive kickback as a result of switching. The inductive load in question is an electromagnet/solenoid, which has a nominal resistance of 75 ohms and draws about 200 mA current when switched on.

A broad overview of the layout of the system is depicted in the figure below: 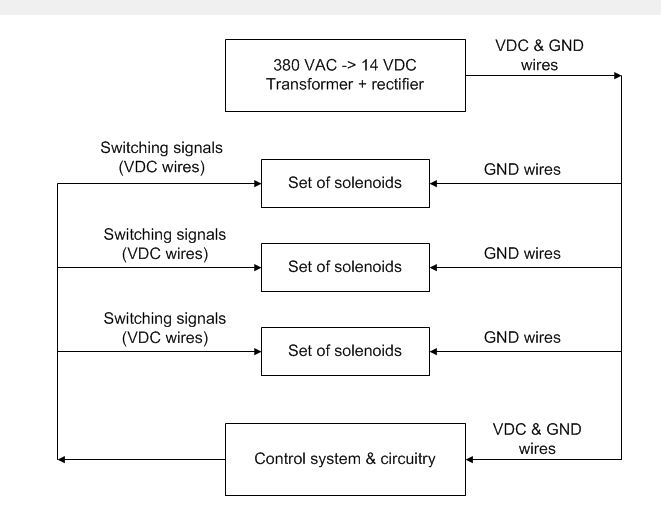 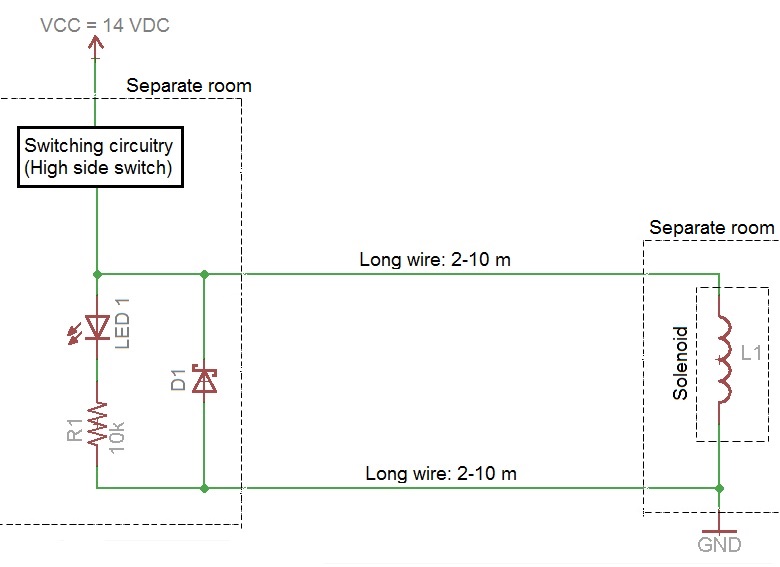 My question is the following: Considering the fact the flyback diode can only be located at the control/switching circuitry side, thus in close proximity to the switching circuitry but far away (2-10 m) from the solenoid itself, what would be the best option of laying out the tracks on the PCB for the flyback diode? My intuition tells me that the redirected current resulting from the inductive kickback (when switching the solenoid off) flows in the following order:

This can cause significant ground bounce on the whole of the PCB's GND plane and upset all of the logic circuitry components and the MCU. Do I understand this correctly?

Would the best option be to have another dedicated conductor from the transformer's GND terminal to the control PCB, to which ONLY the connection(s) from flyback diode(s) are connected to provide a dedicated path for the solenoid kickback current? If such a conductor is added, wouldn't some of the kickback current still propagate through the other GND wire that forms part of the PCB's power connection? How can the negative effect of ground bounce be limited to only a single dedicated path that is separate from the rest of the circuitry, so that the rest of the circuitry is not affected?

Sorry for not reading your entire essay, but usually an industrial approach is to mount the diode at the coil itself. Don't understand why this is not possible in your application. Try to make it possible, because it is the way to go.

Industrial solenoids are connected with a connector with integrated diode: 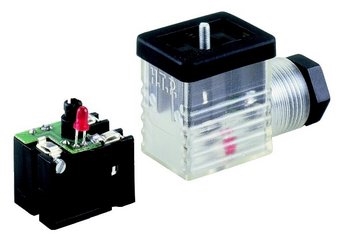 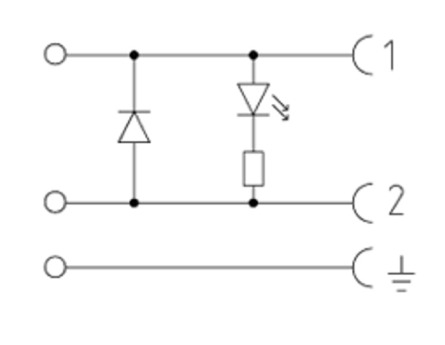 What's the problem in you actual scenario in few words? The industrial PLC would use an opto coupled digital output and separate PSU, or a SMPS with separate power sections for MCU and IO, this is how you avoid spikes on MCU part.

EDIT: First try to add a common mode choke. Use opto or magnetic couplers for isolation between MCU and Output circuit : 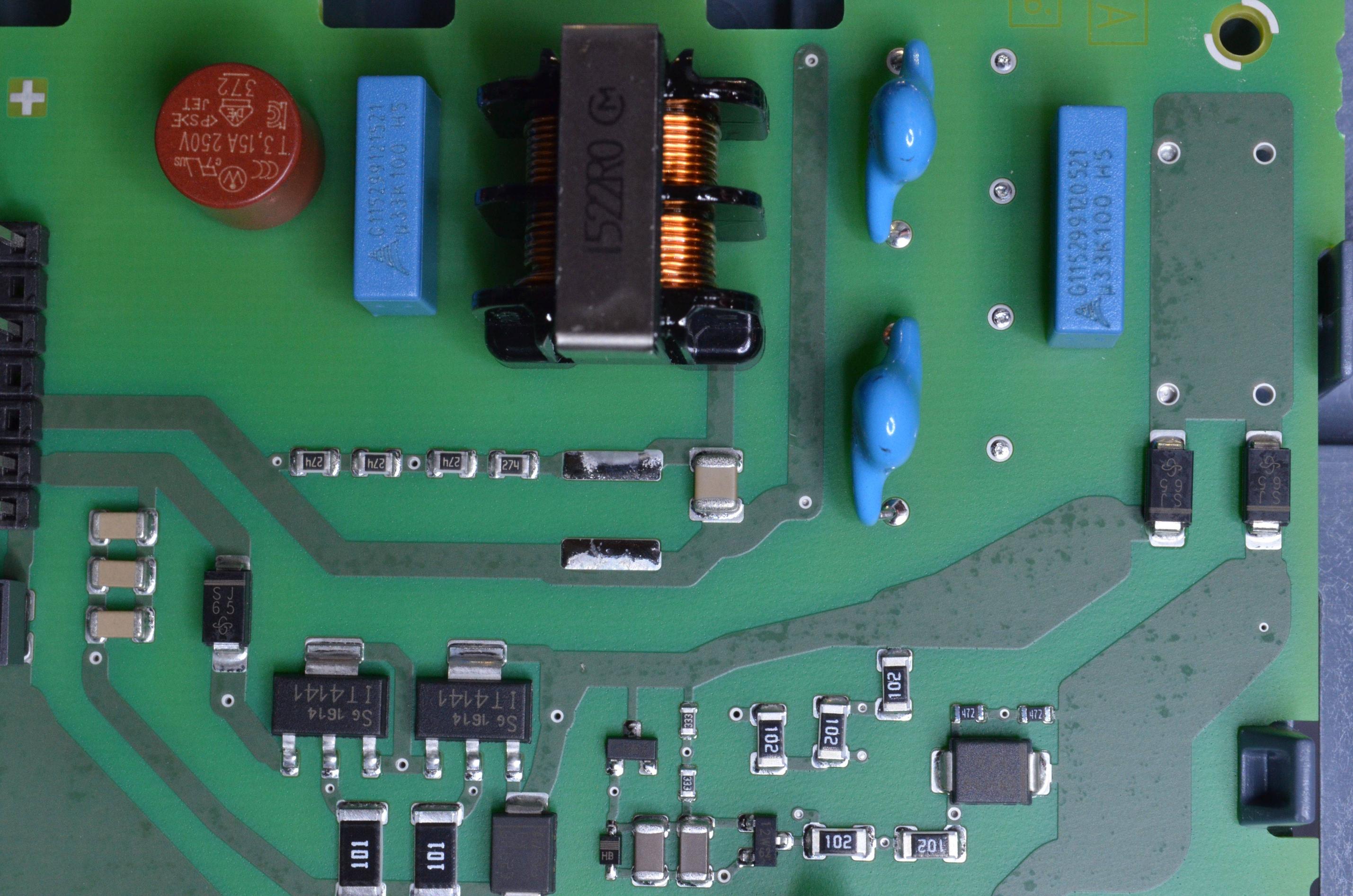 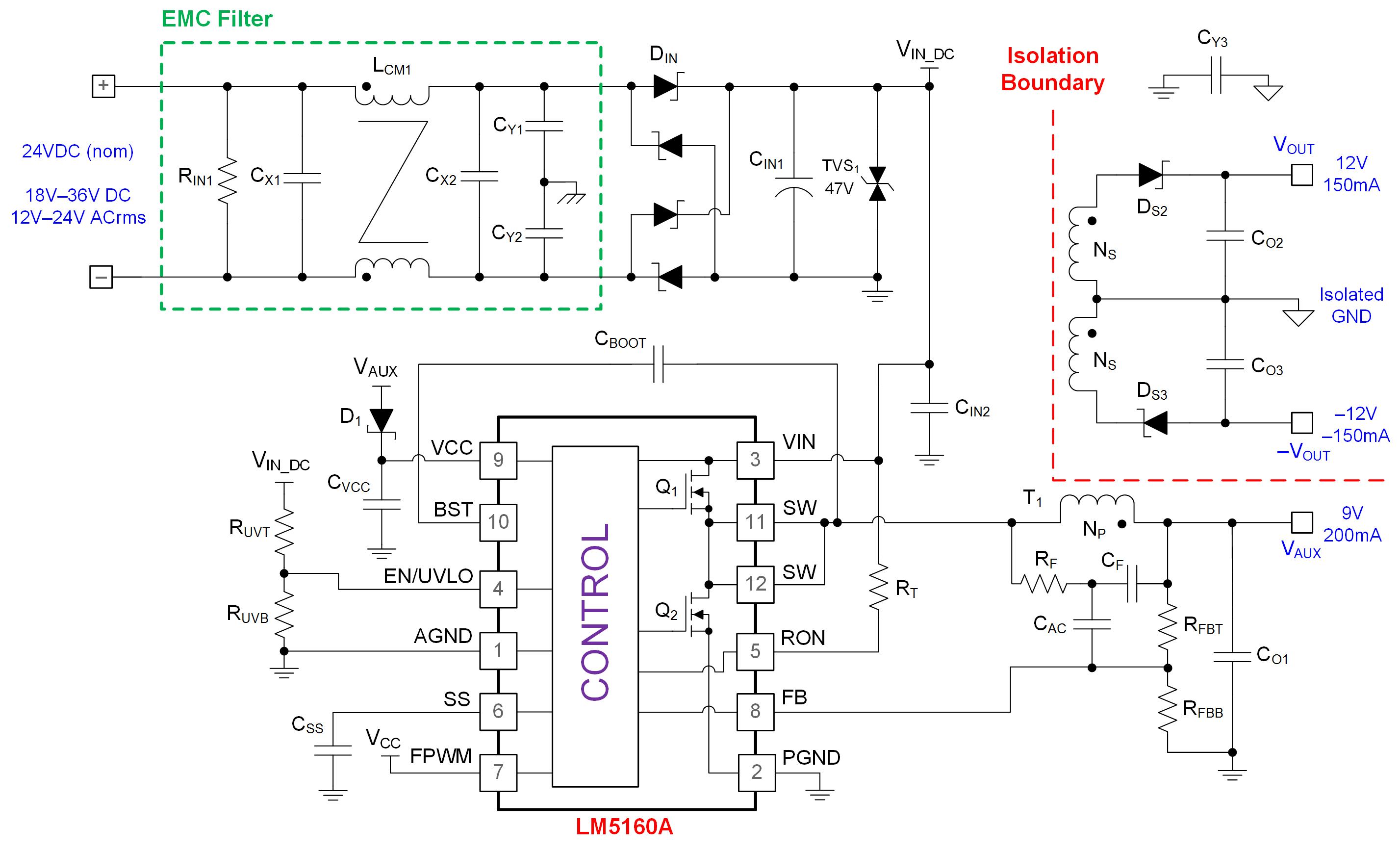 This is a power filter. At the input there is a fuse then, capacitor, CMM, capacitor (note: the input is 24VDC). This input power filter is for supplying the MCU part, the outputs that are separated with opto coupler are supplied with the same PSU (voltage that comes on the input of this filter/SMPS). You can make something similar for your application. You would need opto couplers, since the choke won't allow to let fast change on MOSFET control circuit - it separates noise but also the signal. 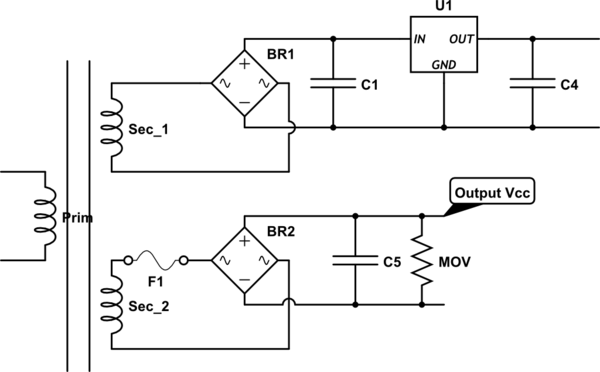 Your schematic is thusly

Not the answer you're looking for? Browse other questions tagged solenoid inductive kickback or ask your own question.

10
Do solenoids exhibit back EMF like motors?
2
Switching a solenoid between 2 different AC/DC adapters?
2
Why my solenoid valves open only if power is turned on at last?
6
Intermittent MCLR reset on PIC32 - involves switching electromagnets
0
Solenoid switching damaging MOSFET transistor
3
Using pulsed power source and capacitors for driving solenoids
1
PIC32 intermittent resets - revisited
1
Advice on choosing components for a flyback arrangement, for switching inductive loads fast
2
How can I use the voltage generated from inductive kickback?
1
DC solenoid overheat protection