How do I figure out the windings of a transformer

I have a transformer. It is a custom wound transformer for a old linear powersupply. As is common, it has two primary windings for supporting 115V and 230V operations (or, 120V and 240V as is now more common. the powersupply is old). So, the options are the following: 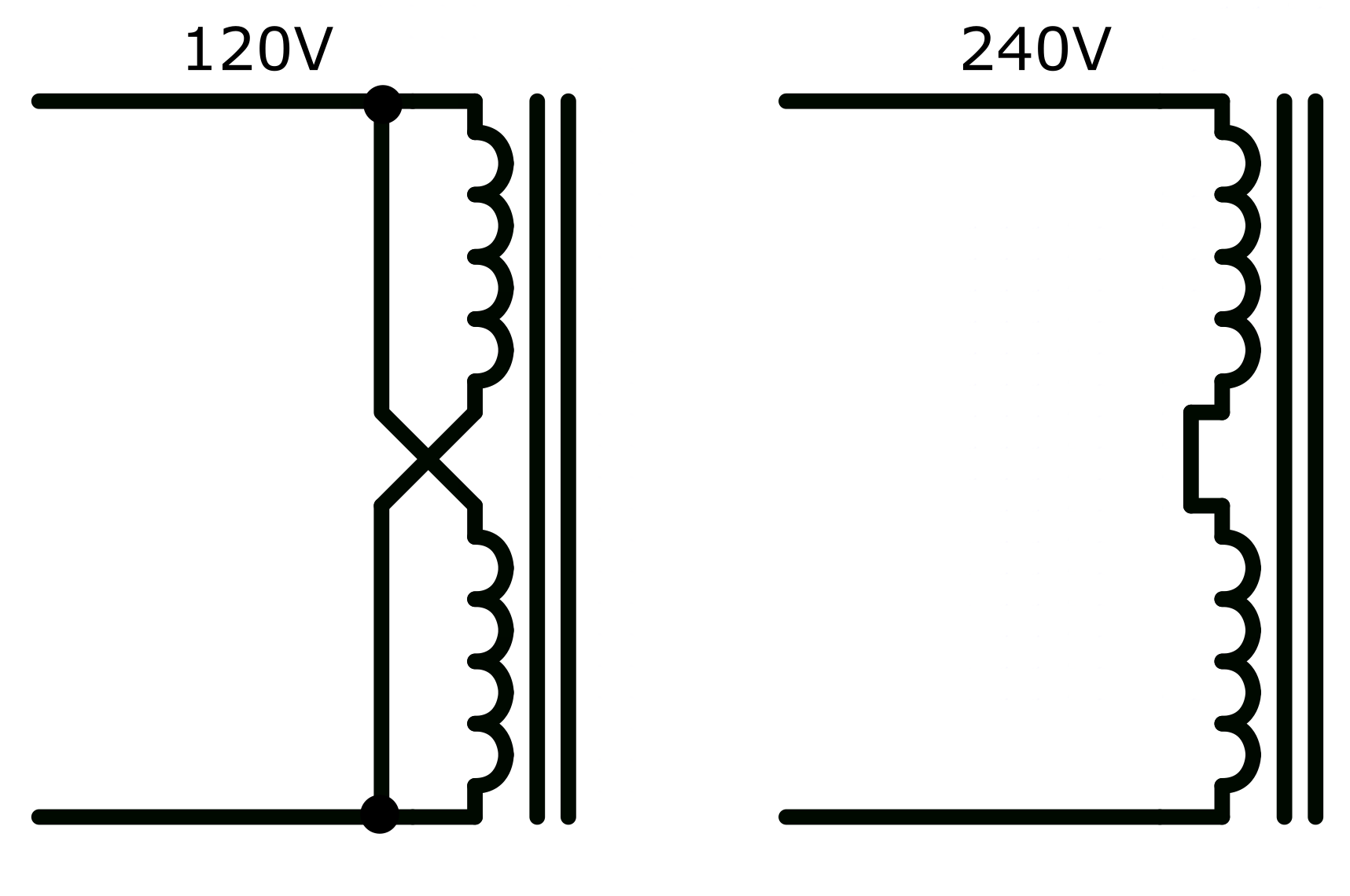 The owner of this powersupply bought the device in the USA and is now in Europe, so he wants to change the wireing such that this is possible. They desolered the transformer windings, but then got cold feet and stopped, worried they would damage the device (or themselves) if they rewired the transformer incorrectly. It was then handed to me and I now have to make sure it's done right.

However, the transformer doesn't have the wires labled. I wondered, what is the correct way to verify what pins are what coil, and more importantly, what orientation the coil has. It's obvoius in this case what the primary windings are since they were labled on the PCB, and those are the only ones unsolderd. I also know what two pins belong to the same windings with a simple continuity check.

What I'm now worried about is the "orientation". What I don't want to do is this: 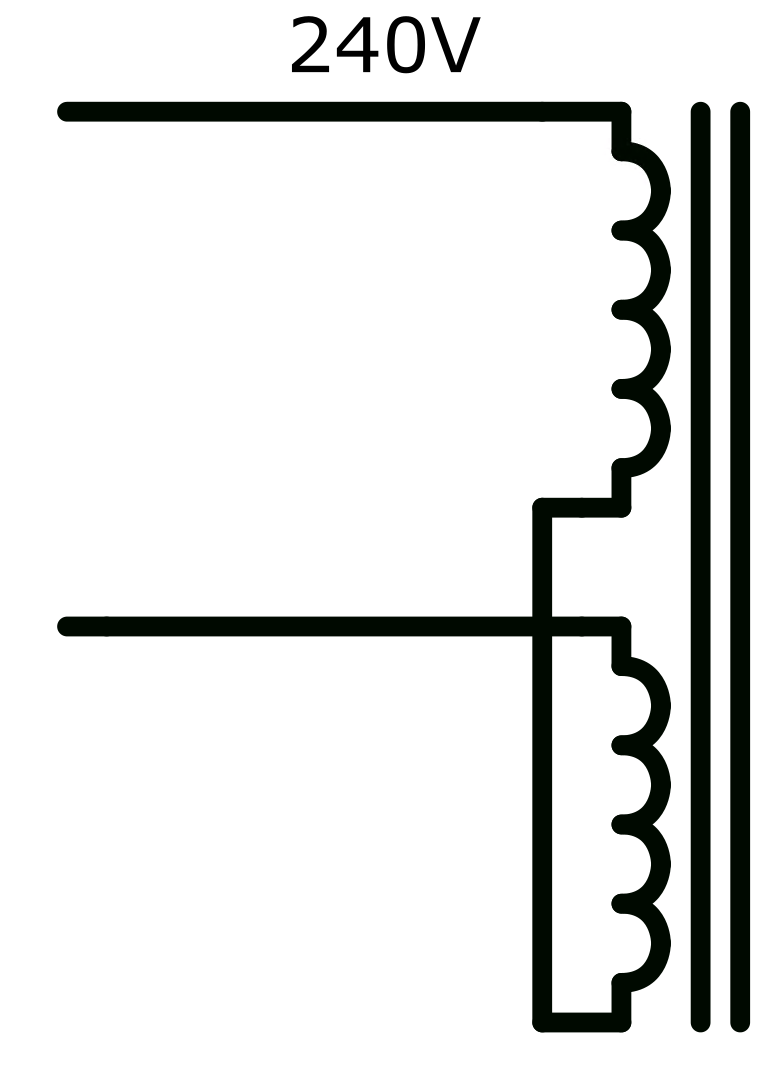 I have only limited tools to my disposal for now since I cannot use univerity instruments. All I have is a simple multimeter and an old analog oscilloscope.

I was thinking about applying, with a sound card, a low-frequency (say, 1kHz) signal. Since it is so low voltage, and higher frequency as the transformer is rated for, I expect that the voltages on the secondary would be on the order of milivolts, not able to turn on any of the circuitry. I could then apply this signal to one of the windings. By then using two channels of the oscilloscope, one for each winding, I could see what way the windings are in respect to each other (if I have one connected the "wrong" way I expect a near 180 degree phase shift, otherwise almost perfectly in phase).

Is this a good method? how is this done "propperly"? I would rather not fully dissasemble the powersupply to unsolder the secondary windings as well since this requires me to pretty much take the entire thing appart.

Perhaps the simplest way is to wire the transformer up and test the whole unit, with a current limiting load in series with a primary. A mains filament light bulb would be suitable (make sure it's filament, not LED or CCFL). Or a mid power resistive load like curling tongs. Whatever load you choose, it should not draw more current than your transformer input is fused for. This does mean you'd have to connect things mains side. If you're not happy doing that safely, then you shouldn't be inside with the transformer mains connections anyway!

Wired correctly, the transformer will produce a significant output, and the bulb will be dim or off.

Wired incorrectly, the transformer will present a short circuit to the input. It will produce no output, and the bulb will light at more or less full brightness.

Drive your sound card signal onto the secondary and look at the relative phases of each primary winding is my advice.

However if you did exactly this it would work: - 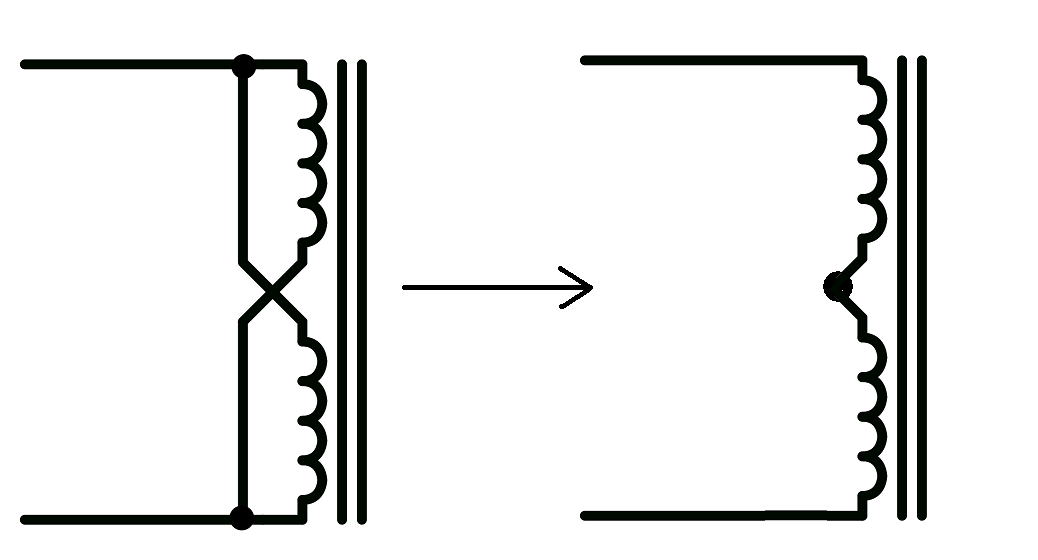 If you don't know how it was originally wired then you can't do that.

If there is any doubt about the transformer's state or condition get a new one. Mains AC voltages can kill and burn. 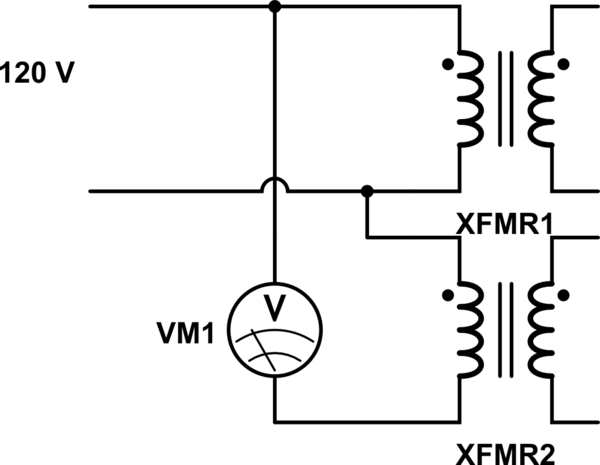 I love when the quiet voices give the solution. @LeonHeller nailed it with his comment to OP.

Backfeed the transformer secondary with lower voltage than it's rated for, then check to make sure sensible voltages are coming out of the primary.

Not the answer you're looking for? Browse other questions tagged transformer power-electronics pinout reverse-engineering or ask your own question.