Intuitive to get pole and zero points for lead compensator 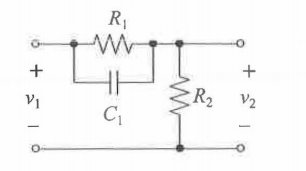 It is difficult to do simpler and faster. With some habit, you can visualize in your head the various time constants and instantaneously infer the transfer function. Just as I did. Checkout the seminar I taught at APEC in 2016 and the examples solved in the book:

Not the answer you're looking for? Browse other questions tagged circuit-analysis circuit-design compensation pole-zeroplot or ask your own question.

0
Type of Filter from pole-zero plot
1
Bode diagram of a single complex pole and under-damped system
1
Intuitive way to see pole/zero directly from schematic
3
What exactly is Pole Frequency in a Filter and how does it affect the frequency response?
0
Why is this Type I compensator phase not 270 degrees?
0
Poles and Zeros of Two Pole Compensation
0
design of compensator type 2 for current mode control of boost converter?
0
Analog implementation of imaginary roots in a transfer function