How charge moves through a diode during the reverse recovery time?

My textbook says something like this :
When a diode is switched from forward bias to reverse, the current changes direction but the magnitude doesn't decrease immediately. The charges continue to flow and the diode draws the power from the battery through out the reverse recovery time. 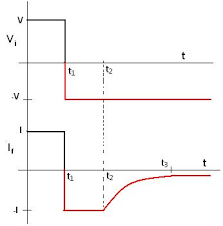 During forward bias, there exist some "excess" minority carriers near the junction. These contribute to the current during reverse recovery time.

In forward bias, negative plate of the battery pushes electrons from n side to the junction, then the electrons recombine with holes and travel in the valence band through the holes of p side and reach the positive plate of the battery. It seems electrons only travel in valence band in p side. I'm happy having this mental picture for the charge movement during forward bias. But I'm failing to visualize a similar picture for the charge movement during reverse recovery time. I keep getting questions like :

1) Does the negative terminal of the battery put electrons at the edge of the p side, then these electrons fall into holes, the electrons then travel through the holes to the junction and they see depletion region! Then what happens ?
2) What happens to the excess minority carries on the p side near the junction ? Do they feel the battery and move to the n side ? Even if they move to the n side, the excess electrons on p side are never going to disappear because an equal number of electrons seem to enter from the negative terminal of the battery... Highly appreciate any help. Thanks!

So, you reverse the bias and the battery begins pulling electrons out of the N type silicon and holes out of the P-type silicon *, eventually the area around the junction becomes charged up like a capacitor and the current stops flowing.

(*) you could picture this as filling the holes with electrons, but either way because of the electric field of the battery the holes move to the metal, and then accepting an electron from the metal, they disappear.

2
Semiconductor basic
9
Why can current flow through the reverse biased base-collector junction (N-P junction) in a BJT with a forward biased base-emitter junction?
3
How the Depletion Region of PN Junction changes under Bias
1
current of forward-biased pn junction
1
Why current is constant during storage phase in reverse recovery experiment?
1
Diode connection in reverse bias
0
In pn diode, how does an electron flow from p to n during reverse recovery phase
4
How is the stored charge removed during reverse recovery time?