What are these two components on my PCB from a PIR?

I'm new to electronics, I understand most of this PCB, but the two marked components are a mistery to me, and I can't find their names. 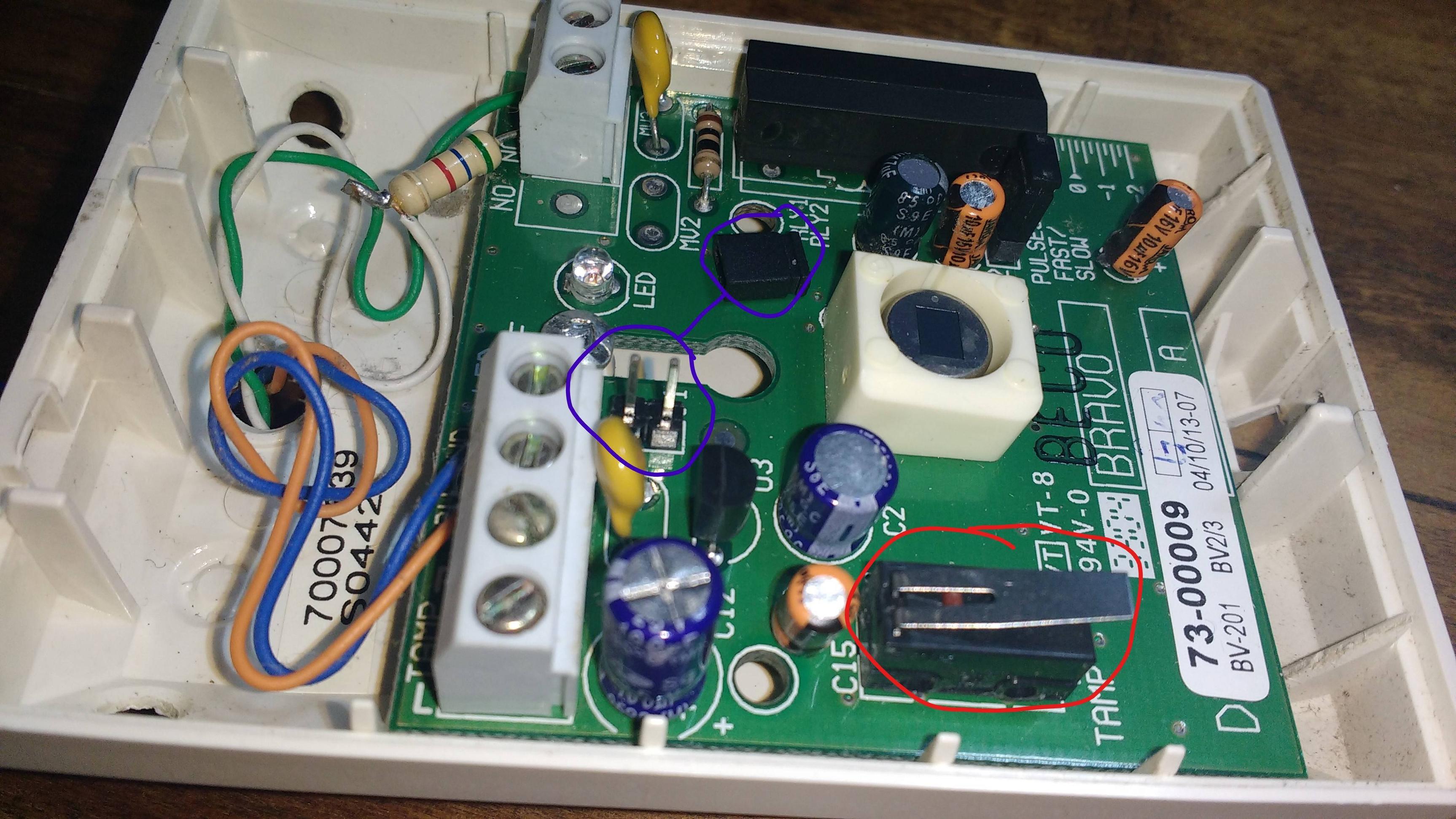 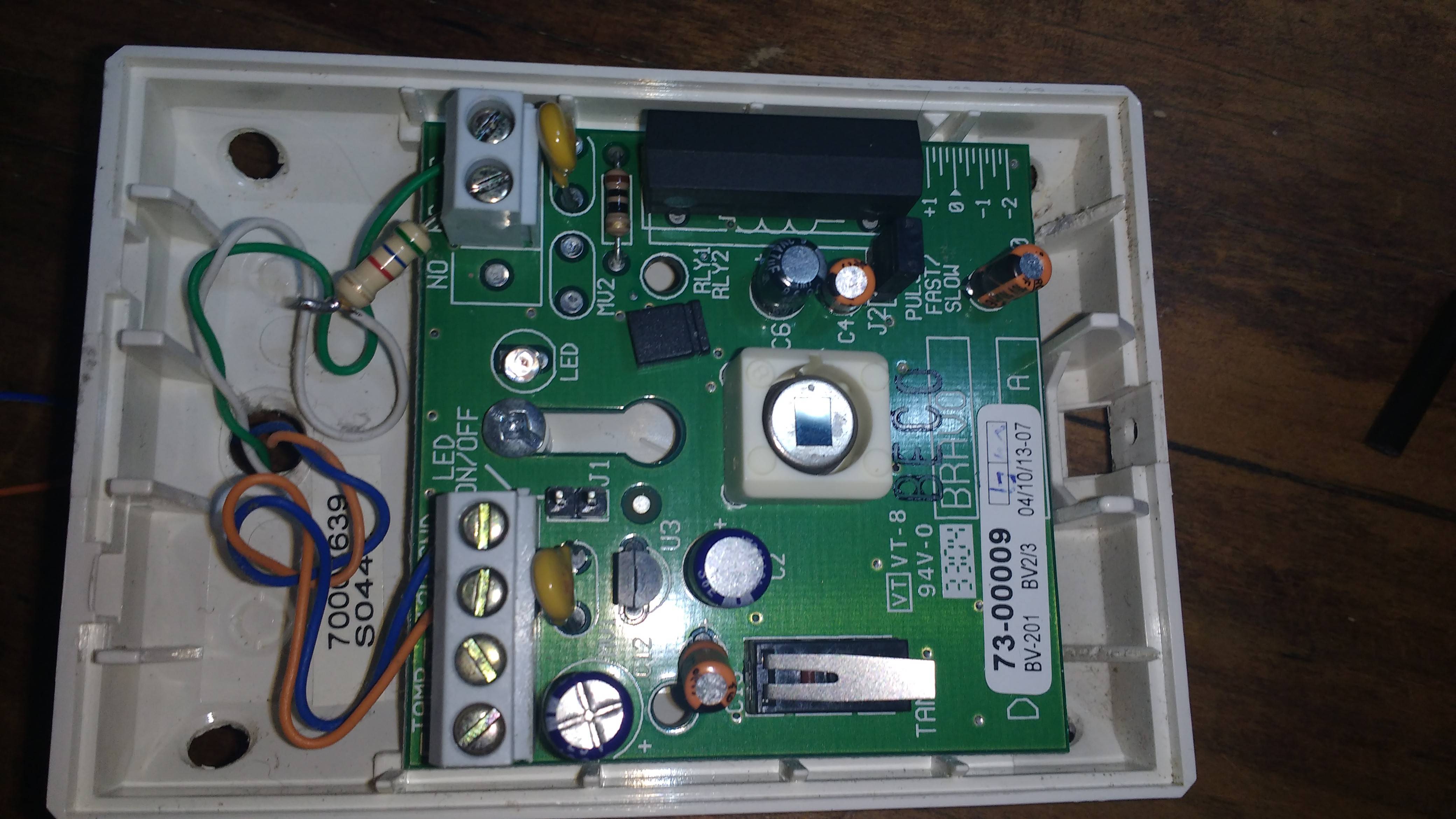 The blue one is some kind of switch for the LED, as you can see from the top view. But when i cap it it just keeps the LED always on, and not only when the sensor activates (the sensor had this functionality before).

The red one I have no clue what it is, or what it does, it just says TAMP on the side.

Any clues? I have little to no idea what I'm doing.

The blue circled item is a jumper plug to fit onto the two pins - usually 0.1" spacing. They are often used to enable or disable some configuration option on installation. They are common on computer boards etc. "J1" stands for jumper 1.

The red circled TAMP component is a tamper detection switch to alarm if the unit is opened. I'd guess the front cover holds it in the depressed position. You've triggered it! Run!

Any idea of how to make the LED on when it's supposed to?

I imagine that on power-up the LED should blink when motion is detected.

When I first opened the cap was in one of the pins instead of both of them. Is that allowed?

The jumper is usually turned sideways on one pin rather than discarded so that it's there if needed later. The jumper may be to switch between two sensitivities or maybe two modes of operation - latch the alarm on if motion is detected or turn it on only during motion, for example.

Also, if I press the tampering again it should work?

I would expect that the tamper switch is in series with the normally-closed relay contact. If either of them goes open circuit the alarm circuit is interrupted and the master panel should give an appropriate response.

Not the answer you're looking for? Browse other questions tagged components identification pir or ask your own question.

4
Are these two Arduino Pro Micros jumpered correctly?
0
What are these components in these circuits?
2
What is this two-lead component across an AC input?
1
Need to find the component with marking 500
0
Triggering a LED and interrupting it quickly (with a PIR sensor). What do I need for this?
6
What are these electronic components from an old radio?
1
PIR triggers relay without motion
3
What are these two rectangular, black components?
1
Component identification: fuse? and a mystery blob?