Does there exist an Op-Amp network topology to amplify only the positive, or negative cycles, whilst keeping the corresponding (negative, or positive) cycles at unity gain?

I want to send a small signal into an op-amp, amplify only the positive or negative cycles, then send the output into another op-amp to amplify the 'other cycle'.

I understating the the super diode/ precision half wave rectifier (Abbreviation: PHRF) allows for splitting of positive or negative cycles, but I am hesitant to split the incoming signal into two parallel routes, use two PHWRs to separate the positive and negative cycles and then use further stages to amplify the two routes, and then sum them with another op-amp for fear of incurring phase issues when recombining the signals.

This plan is to feed a clipping stage for asymmetric clipping. As long as the clipped (guitar) signal does not suffer too much phase difference upon recombination as per 2nd image, the audio signal will be recognisable to the user.

It is important to be able to vary the positive and negative cycle amplification independently as this will give the asymmetric clipping.

Since you say you want asymmetric clipping, I'm going to present you with a circuit that does that.

It DOES NOT solve your stated problem of separate gains for the positive and negative halves of the signal - I think that is just your imagined way to get what you wanted.

I'm going to use a symmetric clipper, but make the signal asymmetric. The result is an asymmetrically clipped signal.

Much simpler than trying to split the signal into halves, fiddle with them, then add them back together.

And another asymmetrical clipping circuit (but with more precision): - 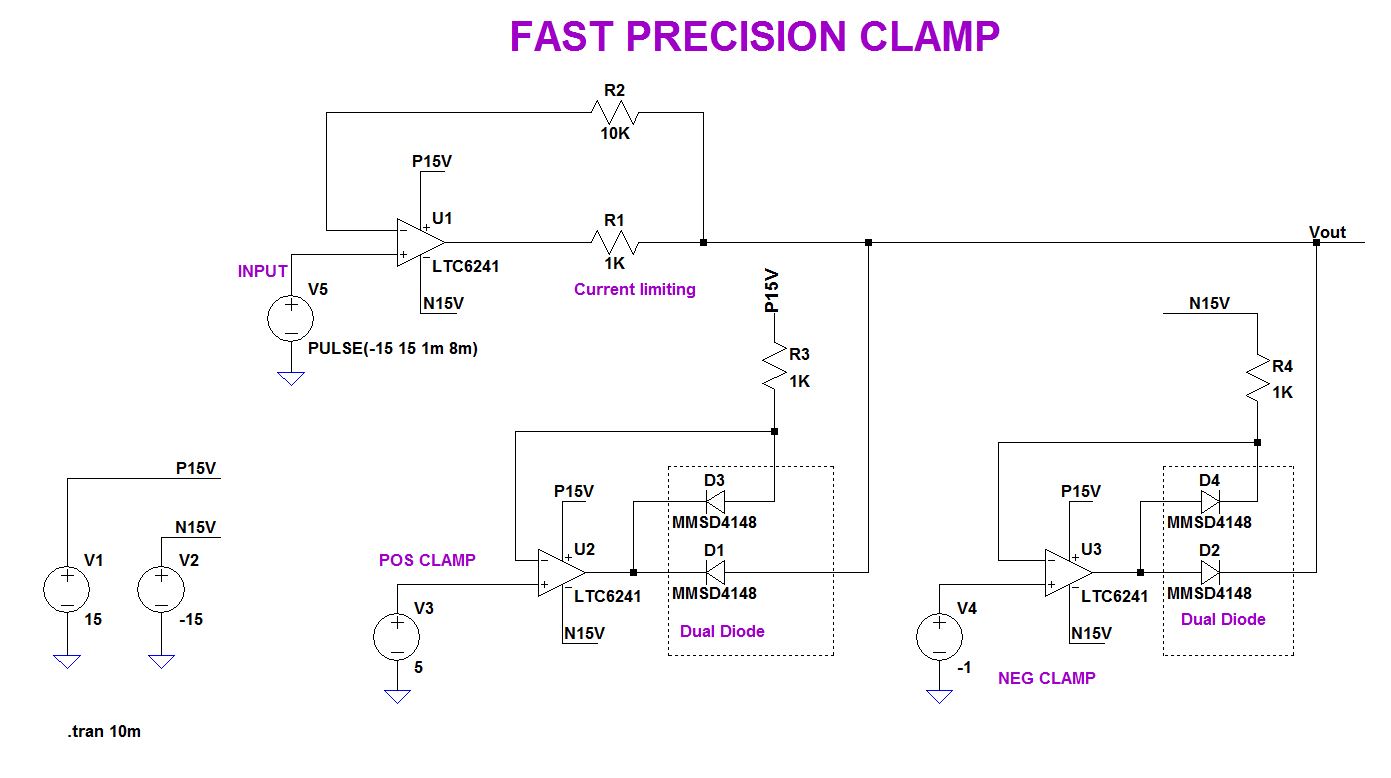 Your reticence to split the signal, process the two halves independently, and resassemble them pretty much rules out analog techniques. The alternative is to sample, process using DSP, and then output the new signal with a DAC.

I'd say try it with precision half wave rectifiers. More than likely, its good enough. I don't anticipate phase issues at audio frequencies.