Is it possible to connect a 3-wire line without stripping an RJ11 line cord?

I have a 302 telephone that was manufactured in 5/39 (May 1939). The line cord does not have a four-prong connector attached; the wires are simply cut.

I am trying to get this connected. I have a four-wire RJ11 cable with both tip and ring (red and green) as well as yellow and black. The 302 has only green, red, and black.

I don't really have the equipment needed for stripping cables, nor do I want to. I am attempting to make a head on connection, like so: 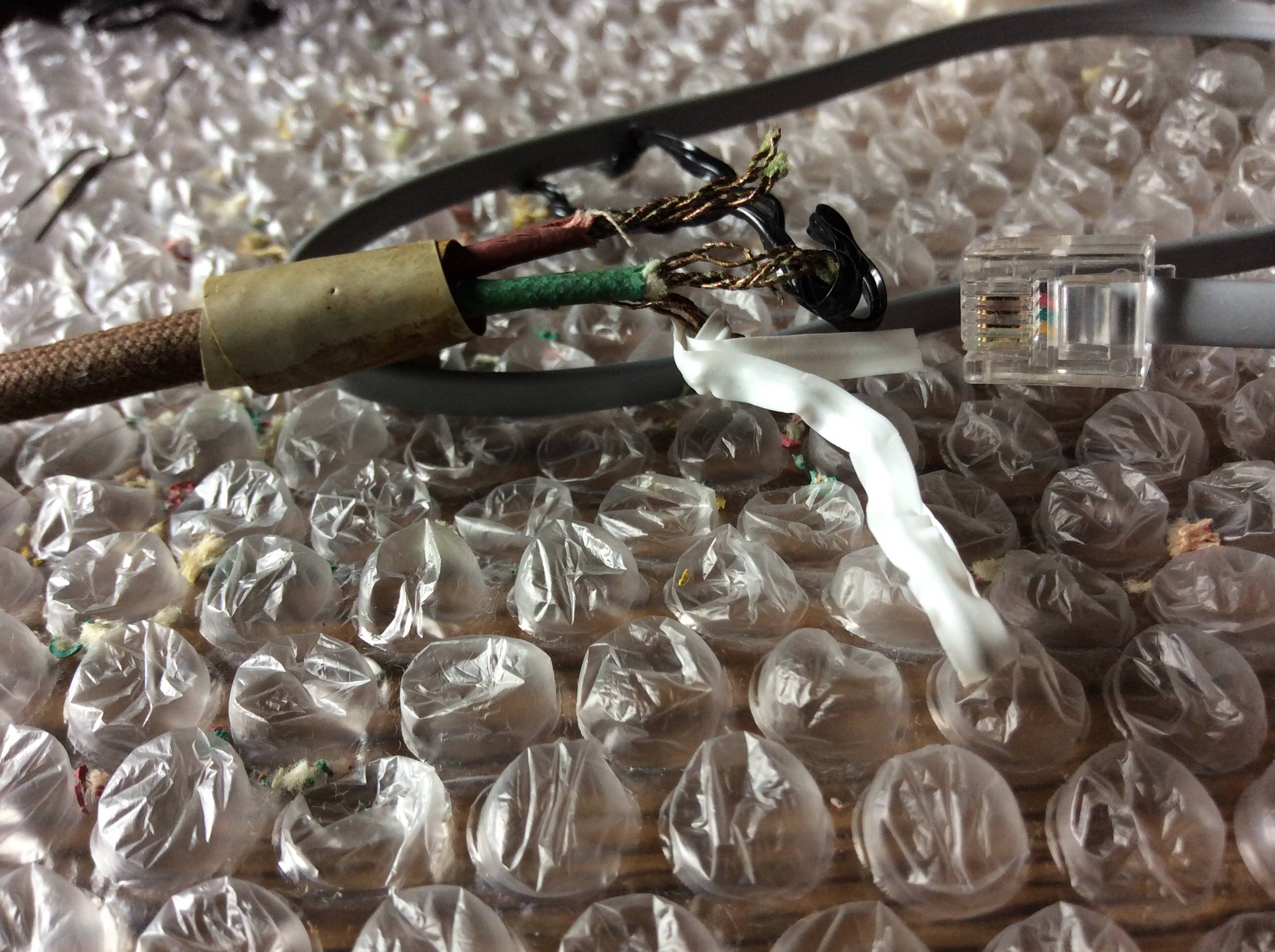 The yellow wire is hidden behind the green cable. The twistie ties are just to keep the individual copper wires together and straight. What I would like to do is be able to simply attach the three sets of wires to the RJ11 connector, and maybe tie it together with a larger twistie tie.

Currently, the interior of the telephone seems operational. There is only one unconnected wire as far as I can see, by the rectangular gray thing. 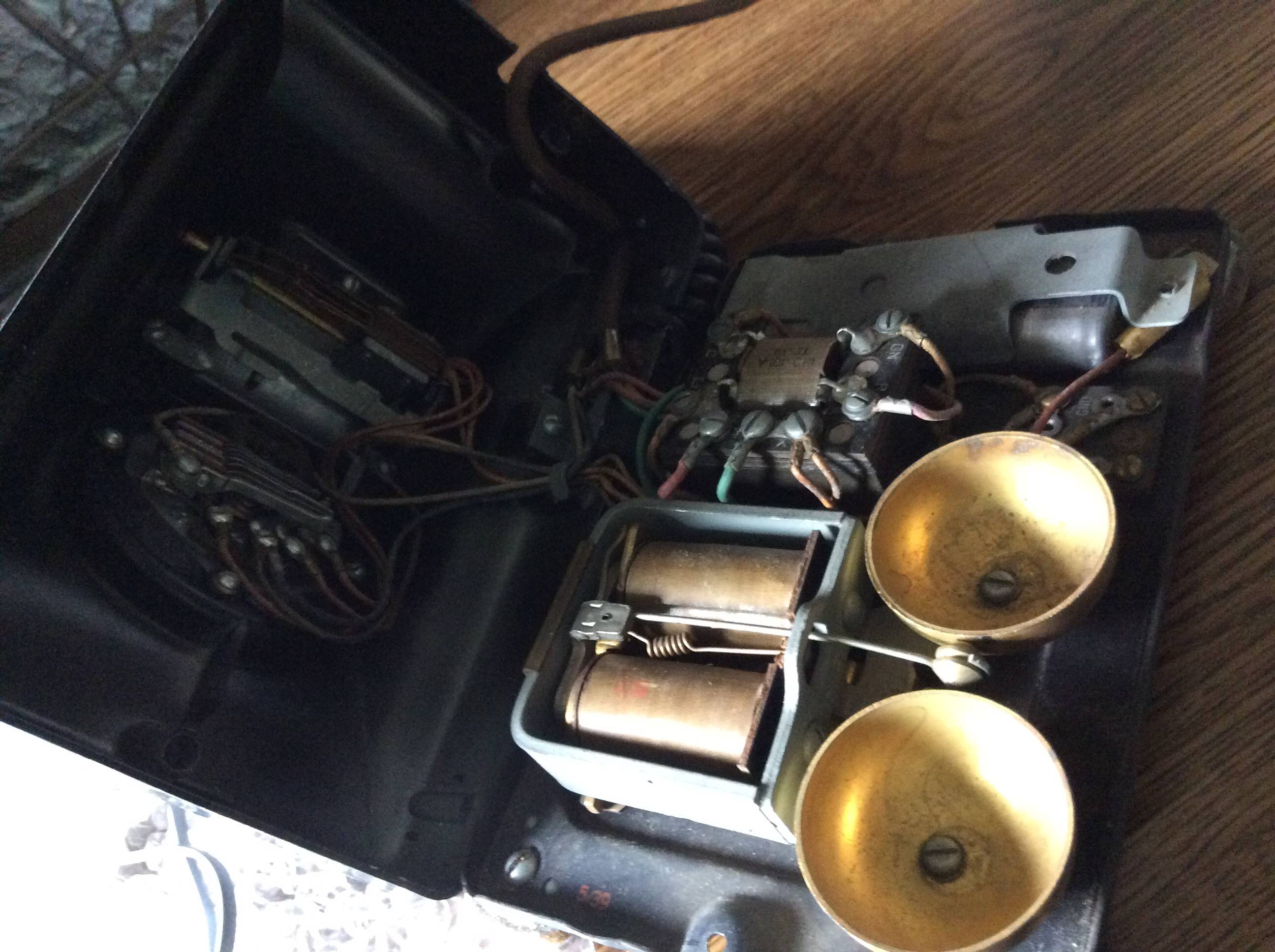 I have been looking at several wiring schematics. One person said to connect green to green and red and yellow to red. A YouTuber had similar advice for a 500. But this was to connect to a two-wire RJ11 cable, and I have a four-wire RJ11 cable here.

I think ideally one would strip the RJ11 cable and then tape the right sets of wires to the wires in the RJ11 cable, but I'm not going to do that. I have been testing various combinations of colors, including G to G and R/Y to R. At the same time, I've been holding the receiver up to my ear but I am not getting a dial tone. The RJ11 cable is a live wire.

Does the wiring combination really matter? Will it not work if the combination is wrong? The wiring inside looks okay, so it's hard to isolate the problem.

The wiring in my 302 does not seem to be the same as the diagram in the answer: 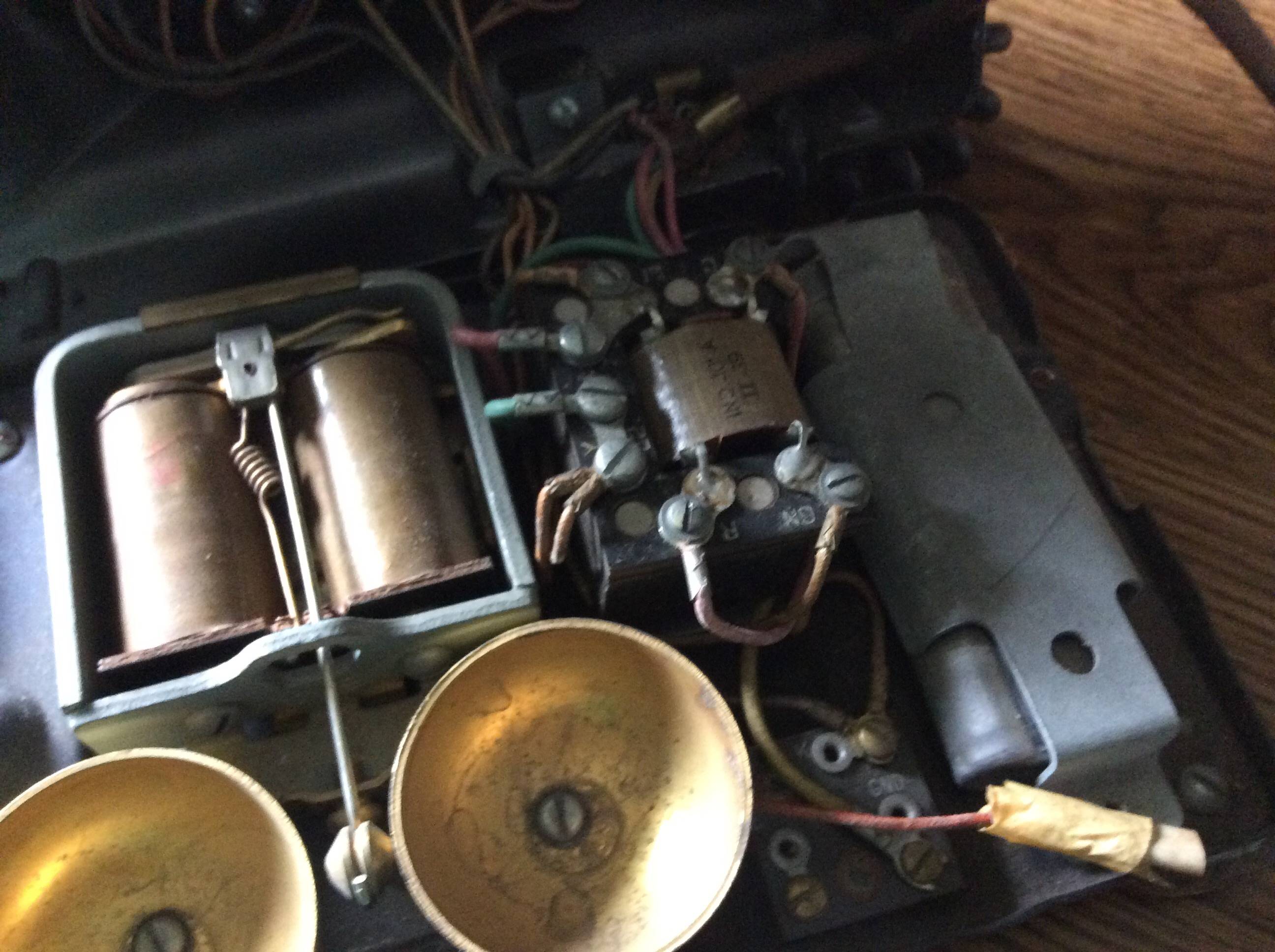 Could the red wire that is disconnected be causing a problem? Red is RING, so will it stop me from getting dial tone also? 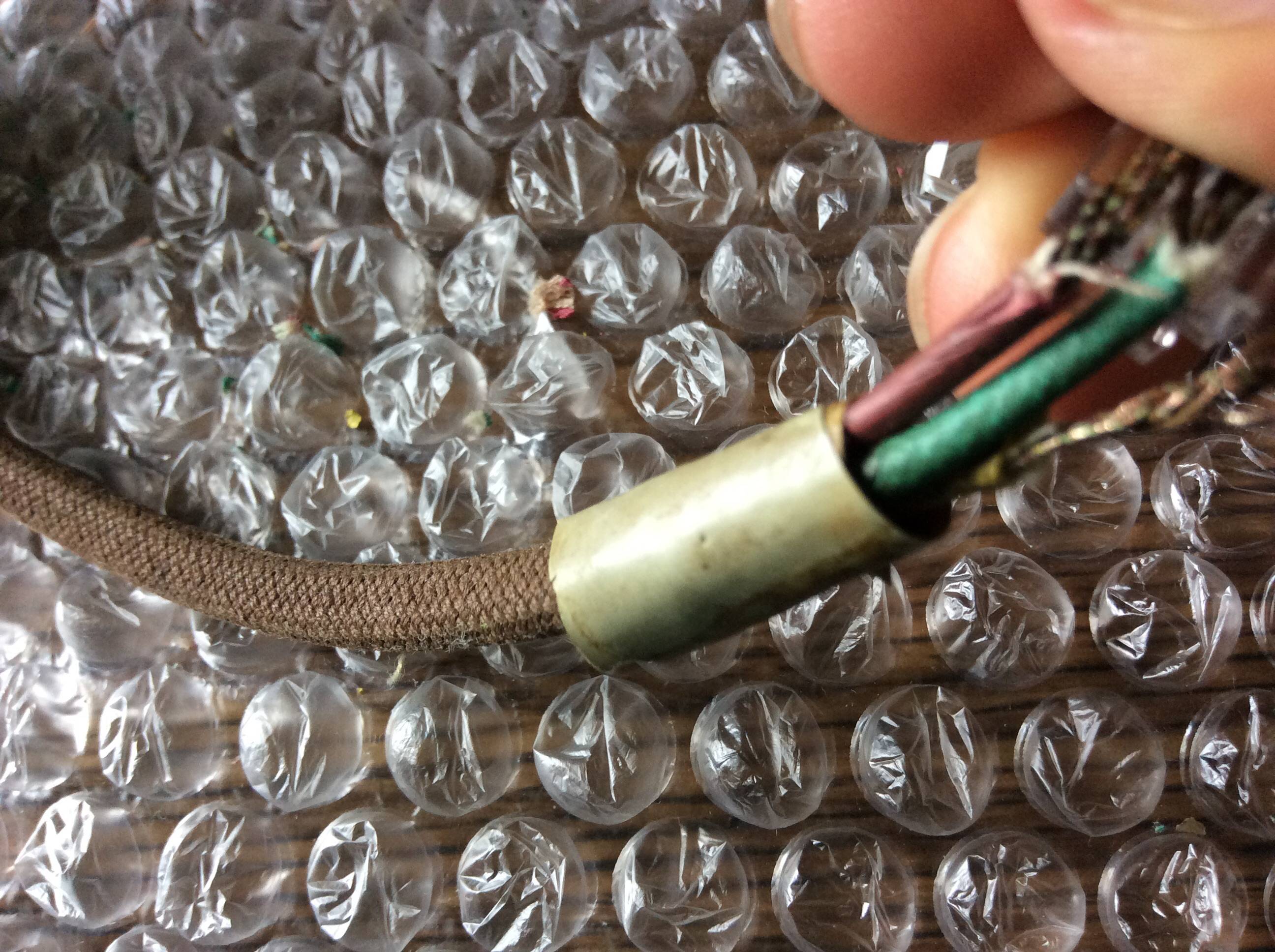 North American RJ11 cords can carry two phone lines. Red and Green are the wires normally used, with the outer yellow and black as the secondary. You would only use one pair, and not connect to the other.

Your phone diagram from here: 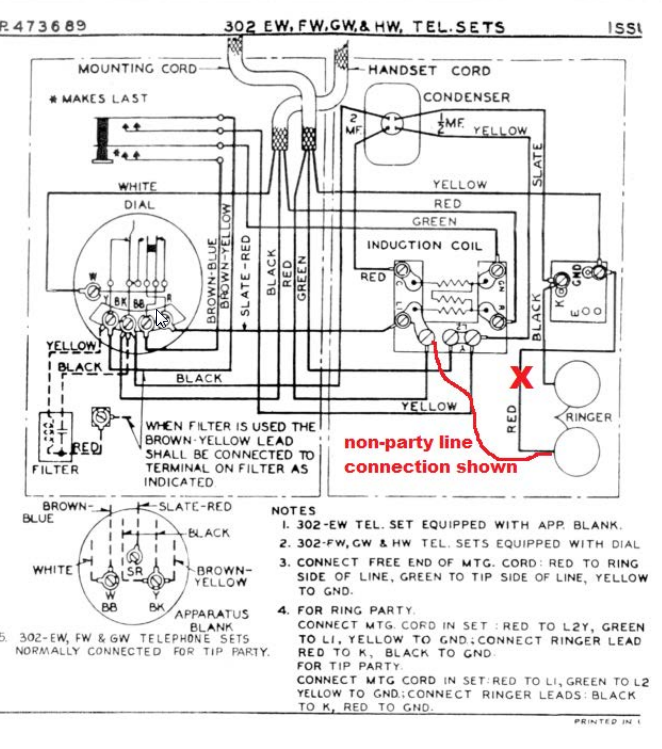 Green is TIP on the RJ11

So Red to Red, Green to Green.

Yellow should be grounded, according to the the diagram above. You can try the ground on an outlet box for the ground.

It's easier to wire (the question in your title!) if you can get a connection block like this one (preferably without the split plastic boss shown in the photo): 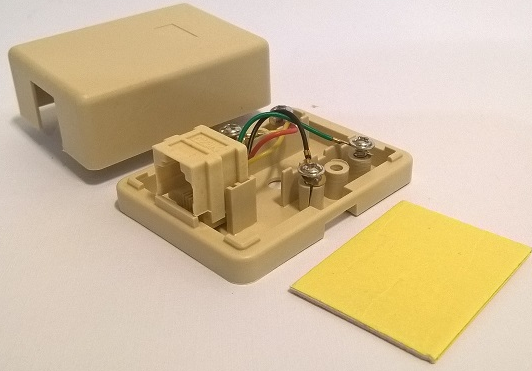 Not the answer you're looking for? Browse other questions tagged schematics telephone or ask your own question.