Capacitor polarity confusion in a circuit

I was reading about opamp integrator concept in a text as such: 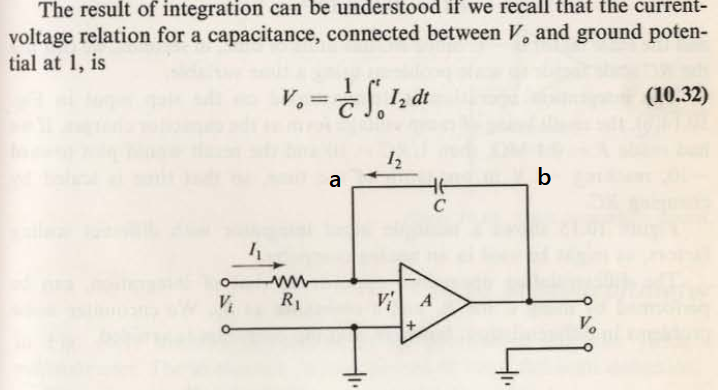 I marked the terminals of caps as a and b. Above formula assumes the b terminal as being the positive end I guess.

But regarding the direction of I2, can't we say that the positive terminal of the capacitor is a?

But then if it the positive terminal is a, then it is connected to the ground. What is the + and - ends of the capacitors in the above figure?

I know it is basic circuit theory but somehow I'm confused at this point.

Isn't there only one option of the polarity of a cap at a moment for a given current direction across it?

Besides these, I also do not get why in sim for the inverting input (point X) the voltage is not zero for 10 secs of time duration. According to op amp theory Vx must be around zero but it is around 1V here: 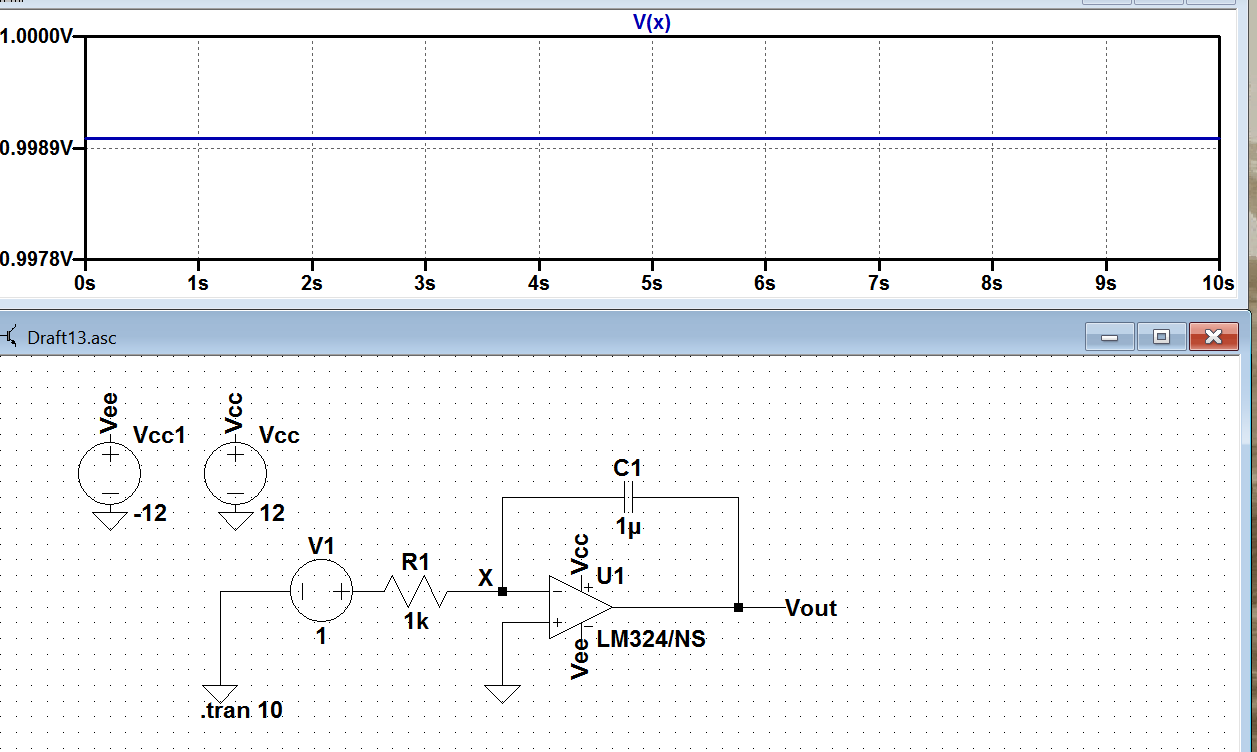 The picture is worth a thousand words 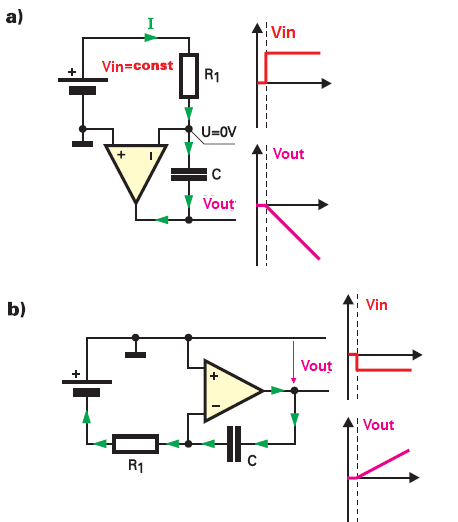 Logically interpret it as non-polar but practically when chooosing a part Vin- = Vin+=0V so if an e-cap (polar) was used on a single supply, it's + polarity would be on the output.

Some old drafting std's use this symbol for all caps polar or not so dont be confused. A polarized cap in America shud have the + symbol. EU , ISO and IPC stds may be different. ( I foget which is most current std but your location, company and mileage may vary)

This academic question just shows it backwards to conventional symbols.

2
Diagnosing cause of electrolytic capacitor failing
3
Why isn't IC1 a comparator?
0
Operation Of LC circuit
0
Capacitor polarity and overvoltage
0
Why doesn’t voltage drop to 0 when a capacitor becomes fully charged?
0
Electrons inside an LC Circuit
2
Is there a simple way to discharge a bipolar capacitor using a 5V signal and a MOSFET/BJT?
3
Voltage induced accross an inductor, conceptual confusions