(values are not precise) 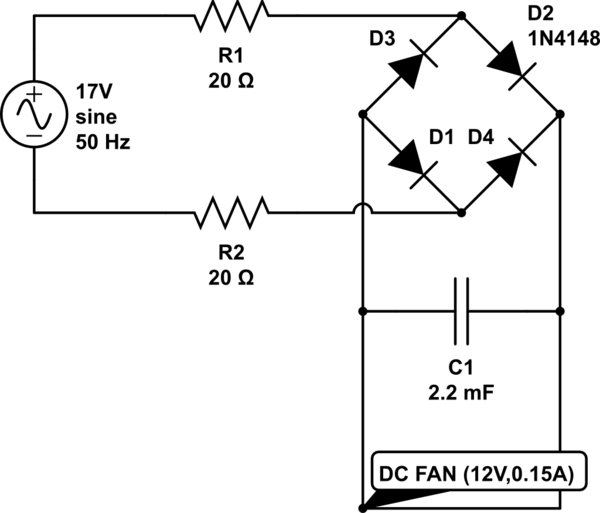 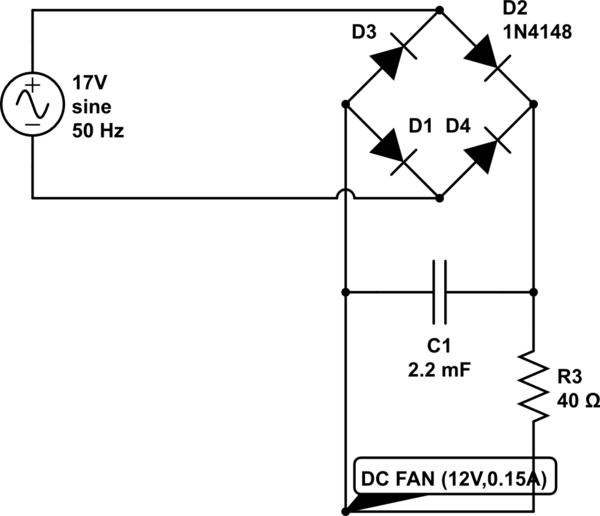 The answer depends on what the purpose of the resistor is. Most of the time, you use none at all.

Note that in both cases, the resistor is in series with the load, so will dissipate power proportional to the square of the load current. Gratuitously dissipating power is a bad idea. If you're going to spend the power, you need to have a good reason. You have not provided any.

In the top case, the resistors will limit the inrush current a bit when the cap is first charged up. Sometimes it is necessary to avoid large inrush currents.

However, R1 and R2 are in series. Electrically, you'd have the same thing by replacing one of them with a 40 Ω resistor and getting rid of the other. Using two resistors in series can be a legitimate way to get a higher power resistor. If you're already stocking the two smaller resistors, it can be all around cheaper to use them instead of stocking a whole new power resistor for a low volume product. In that case putting one in each leg may be useful too, but only to put them physically distant enough from each other so that they don't mutually heat. Electrically there is no advantage.

If it is really necessary to limit inrush cheaply, the usual solution is a negative temperature coefficient thermistor. You size it to limit inrush at room temperature. It will heat up a bit and have lower resistance during normal operation. That still eats power during operation, but not as much as a fixed resistor.

More sophisticated circuits turn on a FET slowly across the inrush limiter. After a few line cycles, the FET is fully on and there is very little resistance in series with the power feed.

The bottom circuit is just plain silly. The resistor doesn't limit inrush at all, just gets in the way of providing power. You haven't told us of any problem it is intended to solve.

Option number one is best if you want to limit inrush current into the smoothing cap.

Check the data sheet of the fan to see what actual voltages it can handle. Chances are it can deal with the 14V just fine.

If you want to regulate voltage get a voltage regulator. At 0.15 A a resistor in series dropping 3 V is going to be dissipating 0.5 W of heat.

Not the answer you're looking for? Browse other questions tagged capacitor resistors rectifier fan or ask your own question.