Suppose I want wo measure how strong someone (or somthing) pulls on a rope, i.e. I want to measure the tension (=dragging) force on the rope. The pulling would come from only one direction. I assume a maximum force of let´s say about 1000N (could be more, but let´s forget about the exact range for now).

What would be a reasonably priced method? I searched a bit on the web and found lots of force sensors which should do the job, just one example out of many would be , e.g.

Now, as far as I can see, this part has "just" some resistance strain gauge(s?) with a wheatsone bridge incorporated. Nevertheless, It is priced at about 800 EUR per piece, something I cannot afford.

I thought about building an own setup, i.e. sticking discrete strain wire gauges to some kind of cylinder. Of course the question arises which material to use for the cyclinder.

Can someone share experiences in building "custom" strain gauges for such a scenario? Maybe resistance strain gauges are even a bad idea, maybe an LVDT (Linear Variable Differential Transformer) in combination with a spring would be better suited?

EDIT: The solution should be small enough to be integrated in some kind of handheld device (let´s assume a box of 20 x 5 cm) Environmental protection such as IP5X is not needed since ideally, the solution can get some kind of enclosure later on.

If you don't wish to homebrew your own transducer, look into "strain type load cells". These are typically found in S and Z type configurations. An example of an S type cell that is available for $130 USD can be found here. 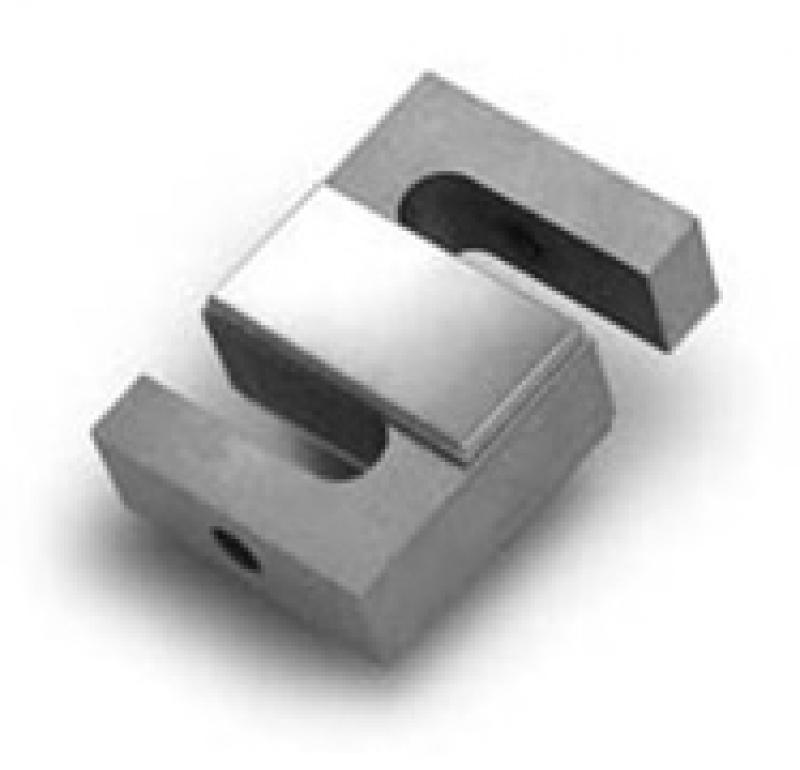 You will have to add your own means of mechanically fastening the rope ends to the cell but most come with tapped holes for easy attachment of eye bolts or similar.

You don't need something that goes in series with your rope. Google "cable tension meter" and you will see a lot of configurations that work on the same principle as this https://www.youtube.com/watch?v=aDb0SnNdSh8 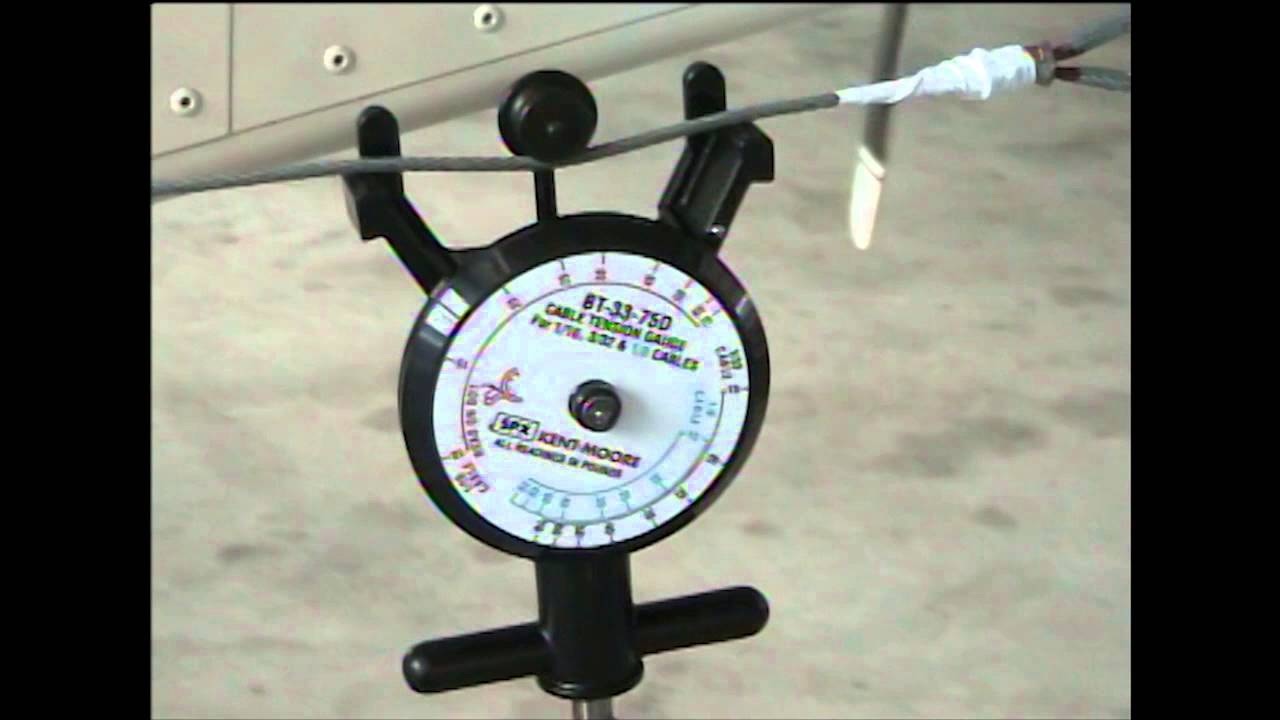 I don't see any great difficulty in home brewing this kind of tension meter. A spring loaded plunger and a way to measure how far the plunger moves. Calibrate it with weights on the rope hanging vertically, and a look-up table in an Arduino Nano or similar simple micro.

You can get your preferred style of sensor from China for less than 10% of the price of the German unit. In other words, maybe you should try harder. 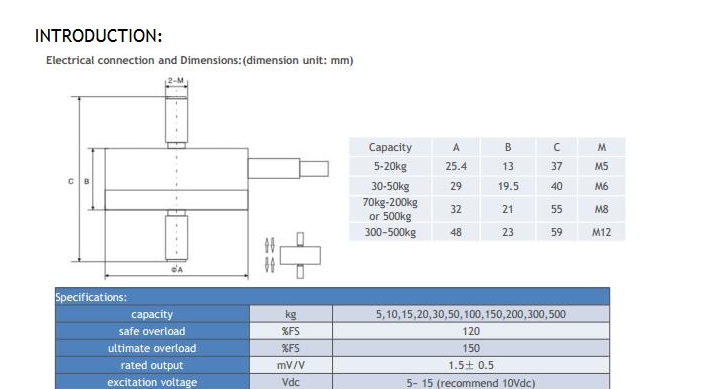 There are also (probably less convenient) sensors in digital luggage scales that are even cheaper, even if you buy one and throw away the electronics. 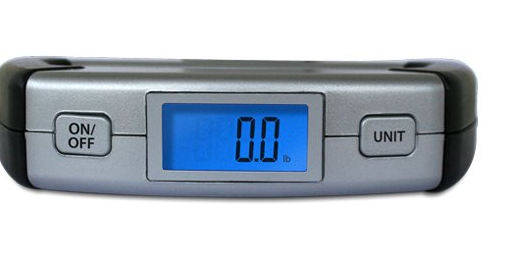 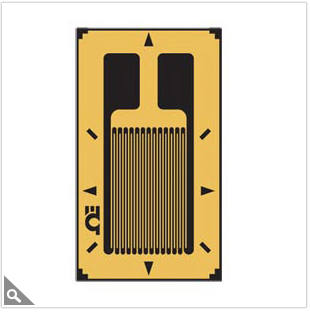 Glue it on with some epoxy and solder a couple of wires on. This is the standard technique for ad-hoc force measurements. Wheatsone bridge + opamp /instrumentation amp and you should be there. There's a good guide here as to gluing them on.

Glue them onto anything metal that's rectilinear. I mean it's long and thin so that you get even strain across the cross section:- 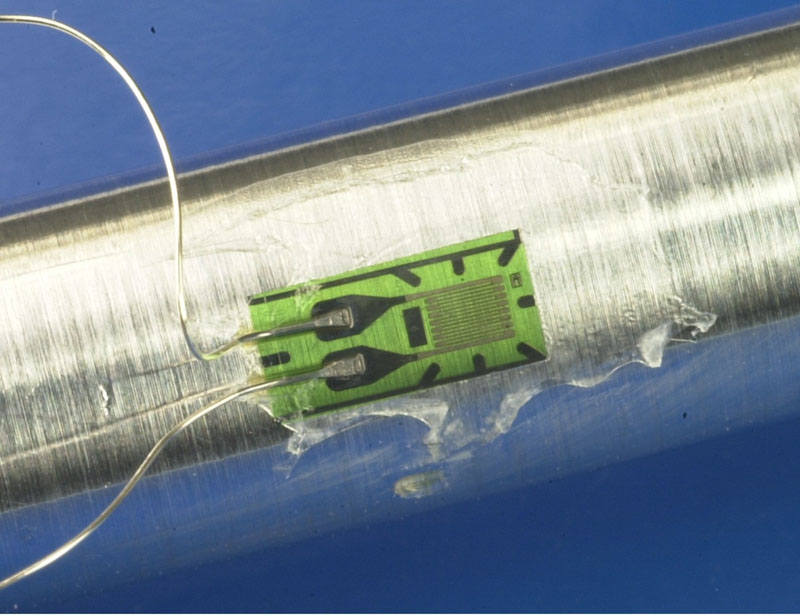 You could even bend a steel strip say 500mm long to form hooks either end. Stick a gauge each side of the strip. Some simple formulae will allow you to determine the overall strain and allow for any bending moment. The type of metal doesn't matter as long as you know what it is to get the Young's modulus. Just don't make it too thin as to neck it at the gauge location when you pull. 1000N is nothing. Get a 10 x 2mm strip from somewhere that'll allow you to identify the metal.

This is really one for engineering.SE

Not the answer you're looking for? Browse other questions tagged measurement or ask your own question.