The luminous intensity and beam angle of LEDs

Luminous Intensity, Iv for visible LED's is always peak maximum and then roughly 50% at 1/2 the BW angle to either side.

IR LED's often with very narrow θ were once all defined as \$θ^{1/2}\$ meaning the peak was half angle and not always dead centre. Recently to avoid newbie confusion, some IR specs show the full angle.

A rule of thumb on diversity gain of the lens is that when you reduce the \$2θ^{1/2}\$ by 50% the Iv intensity doubles but due to lens loss -10% each time to magnify 2x or reduce the angle from no lens which is called the "Lambertian" response curve of 160° like most SMD LEDs.

Now I only use 30° 5mm LEDs for most applications and only Iv > 10,000 mcd with tighter tolerances and get in bulk 10k MOQ but usually have lots left over in many colours and white > 16,000 mcd and unlike most LEDs these are Zener protected. 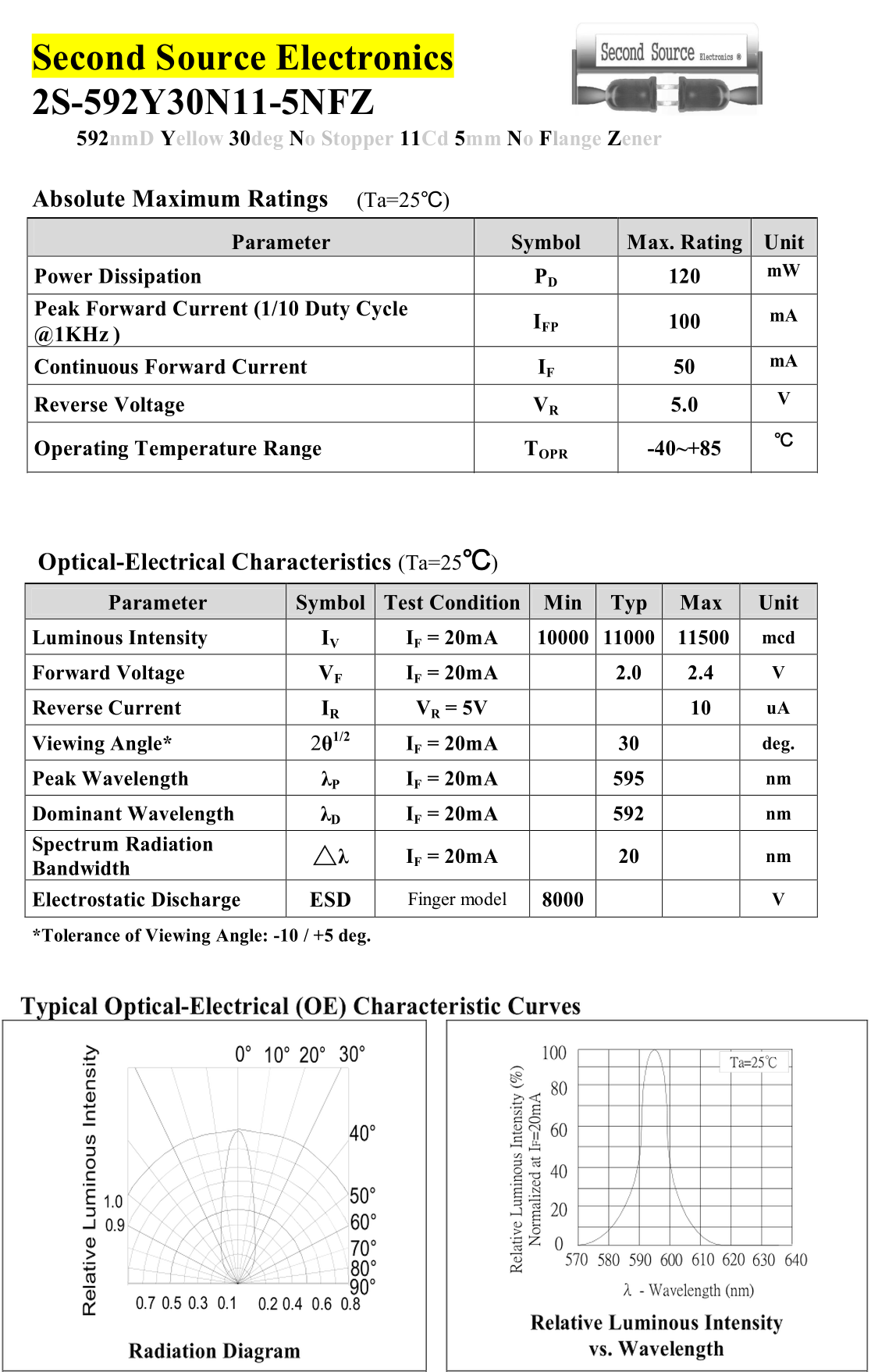 Luminous Intensity is a human perception weighted sum of the emitted light power, not the power that would be measured by a thermal method.

The Candela measures the luminous intensity, or luminous flux per unit angle, per steradian, of which there are \$4\pi\$ in a sphere. This means that in two light sources with identical total power, but different beam angles, the device with the tighter beam will have a higher luminous intensity measured in cd, or mcd for smaller sources.

The Lumen measures the total luminous flux. One candela is one lumen per steradian. If a source emits one candela in all directions equally, it emits \$4\pi\$ lumens.

Luminous intensity is the power (adjusted for human eye perception called the luminosity function) of light in a unit solid angle.

The SI standard for candela, the unit of measure for luminous intensity is 1/683 watts in a steradian at a wavelength of 555 nm.

When an LED manufacturer specifies candela for their LED, they are picking the solid angle with the maximum luminous intensity. So if their LED outputs one lumen at 555 nm, and they focus all of that power evenly into one steradian, the LED would be specified as one candela. But with that same LED chip, if they narrow the beam to 1/2 steradian, they would show 2 candela in their spec sheet.