Why does this MOSFET switch on so slowly?

I am learning Tina and drew this simple MOSFET switch: 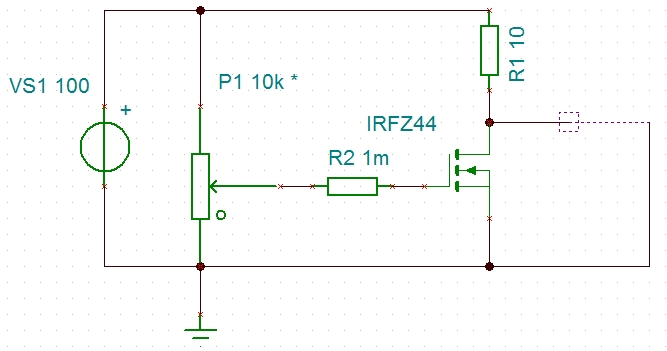 Adjusting P1 will at a certain point switch on the MOSFET, which I expected to saturate immediately. However when I look at the DC transfer characteristic, it turns on 'slowly' when the gate voltage moves between 3.5V and 4.7V 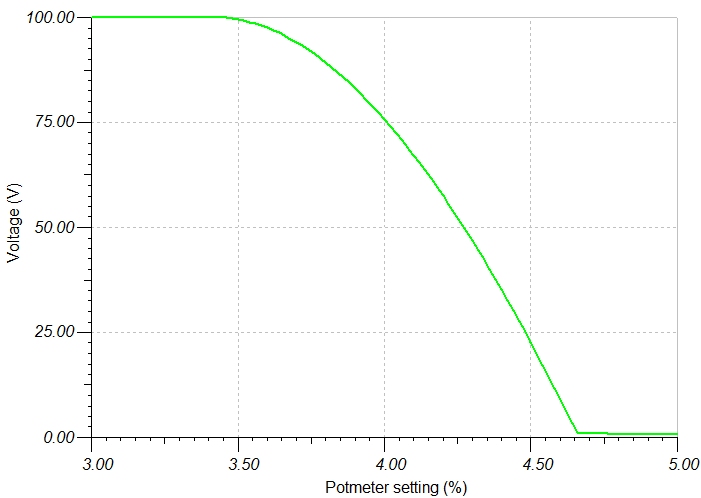 I confirm this by setting P1 to 4.3%, where the MOSFET seems to be half-conducting and thus dissipating 249W: 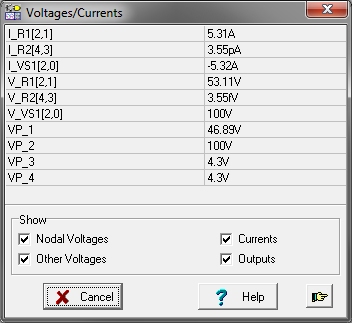 How can this be? I thought that this kind of MOSFET was a switch but it seems to behave like a BJT (albeit in a narrow gate voltage range)?

EDIT: Thanks to for the answers, all +1, which thoroughly enlightened me; I accepted Andy's answer simply because it corresponded best to my lack of understanding.

However when I look at the DC transfer characteristic, it turns on 'slowly' when the gate voltage moves between 3.5V and 4.7V

I'm assuming here that you don't mean "slow" in time but that you mean it doesn't instantly turn fully-on as you reach some precise voltage threshold.

This is what a MOSFET does - if you wish to use it as a switch then you apply a suitable voltage level on the gate (relative to the source) in as quick a time as you can. Maybe 12 to 15 volts or, for logic level MOSFETs, only 5 volts is needed. Then it behaves like a switch.

it seems to behave like a BJT (albeit in a narrow gate voltage range)?

A biploar transistor might totally switch on with a base-emitter voltage change from 0.6 volts to 0.7 volts. As a range that is 0.1 volts with an offset of 0.65 volts and if you compared this to your mosfet switching on in a range of 3.5 to 4.65 volts (1.15 volts) it isn't that dissimilar.

I thought that this kind of MOSFET was a switch

Well, it is a transistor, just like a BJT. It might have been designed optimized for either being totally pinched off or fully on, but that doesn't mean it doesn't have a relative gate voltage range in between those two extremes.

which I expected to saturate immediately.

A MOSFET's gate needs to be charged, i.e. it works like one half of a capacitor.

Now, with a charging current of 3.55 pA, that might take a while – with a datasheet saying it has a total gate charge of ca 67 nC, a little more than 5 hours to fully charge. (It doesn't work that way, because capacitor charge curves don't lead to constant current, but it's an initial estimate).

All switches have terminals and the terminal is like a parallel capacitance during transition. This rises with small gaps used to make lower RdsOn and lower gate resistance. MOSFETS may have smaller RdsOn than Rce of a BJT and larger T values than a BJT for some types in the same power switch category, but not all.

This is why IGBT's use MOSFET inputs and BJT outputs for very high current high voltage are popular. Yet MOSFET and IGBT designs have gone thru at least 7 generations each reducing this T constant while increasing Vout max. Thus giving more flexible choices for IGBT's and MOSFET's vs cost. (These improvements are not free, yet diverse)

A Figure of Merit (FoM) is often used by designers to choose these desirable characteristics such as this T=RC constant. It is also used to design faster turn off and slower turn on to prevent commutation "shoot thru" when both N and P channel devices are ON at the same time, using a parallel diode and R values to drive the gate faster OFF.

These FoM parameters are design specs not in the datasheets but depend on Ciss, Q , Coss values and Rg, RdsOn values.

Since the Ciss is a nonlinear dependent on Vgs, designers must decide if their gate drive like a current source ( high Z) or a voltage source (low Z) to estimate the transition time.

When you activate a switch this T=time constant depends on chip size and structural geometry and lithographic size.

In your case , you are adding Rpot to the internal Rg value and thus controlling the gate rise time with Ciss during the transition voltage region Vgs=Vth.

My rule of thumb for BGT cascaded switches is to choose an Rce that is 20x smaller or use Ic/Ib=10 to 20 which tends to be near 10% of the linear hFE.

Then for MOSFET's cascaded from high RdsON CMOS to low RdsOn power switches say from 50 mA to a 50A range load, is to consider the Rg/RdsOn ratio and take 10% of this. to determine current gain when charging Ciss at the optimal speed. The result is RdsOn ratios from one stage to the next , I choose roughly 1% with a wide tolerance. for the reduction in RdsOn or amplify this switch ratio.

Thus optimal speed would never be a 74HCxx CMOS gate with ESR or RdsOn of 50 ohms and a power MOSFET with RdsOn with 50 mOhms (1000:1) so an intermediate driver is necessary. In future remember these ratios when choosing a design to see how it affects speed.

Your mileage may vary.

Not the answer you're looking for? Browse other questions tagged mosfet switches or ask your own question.