How does this wall to usb supply work

I'll start by saying I'm a bit new to electronics. I found a wall to usb charger at a surplus store. It is rated to put out 5.0V and 0.7A. I'm using it right now to power something else which is working fine but I wanted to learn more about how this supply works.

Here are some pictures of it. I already removed the usb connector to use for another project. 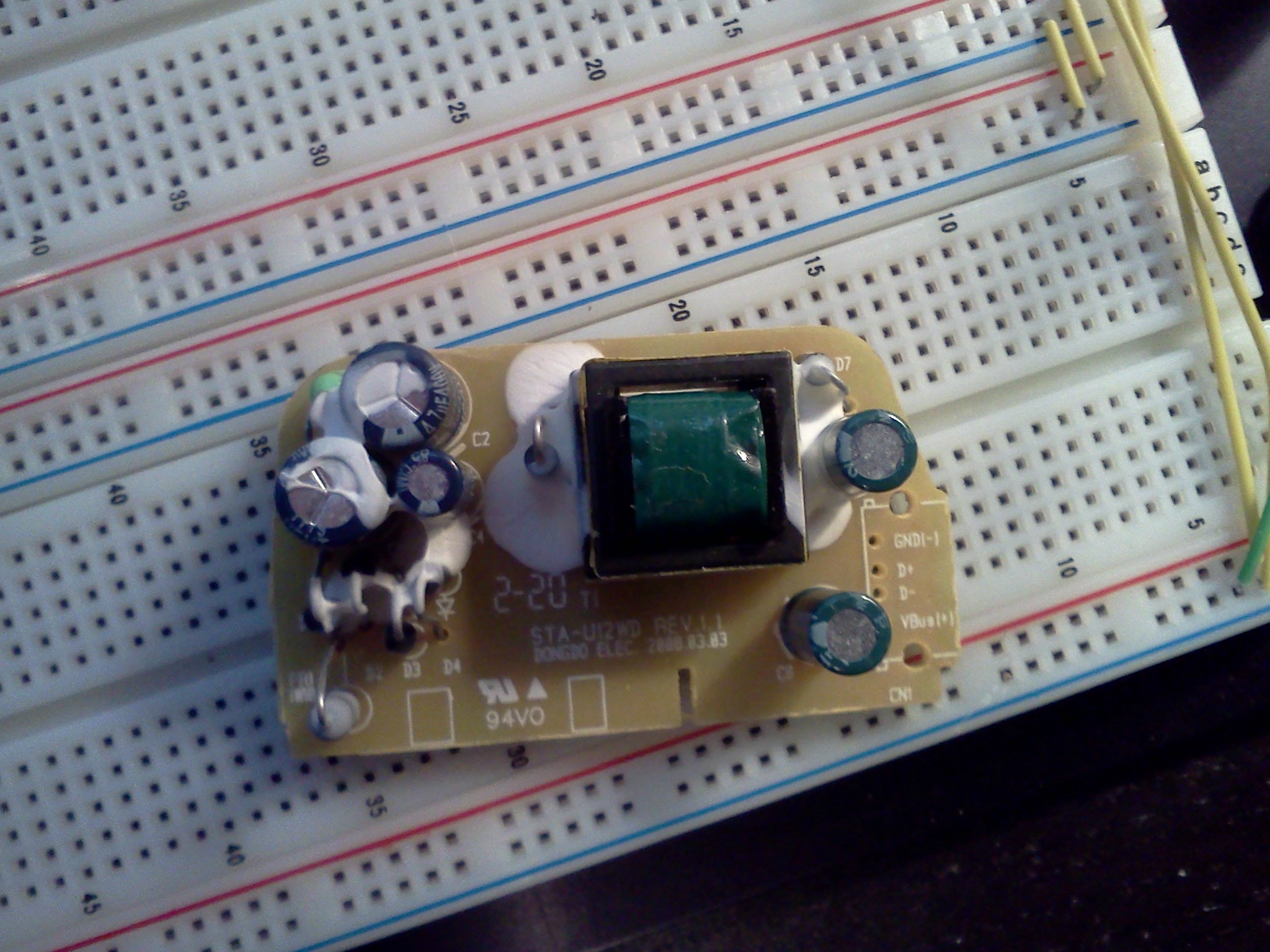 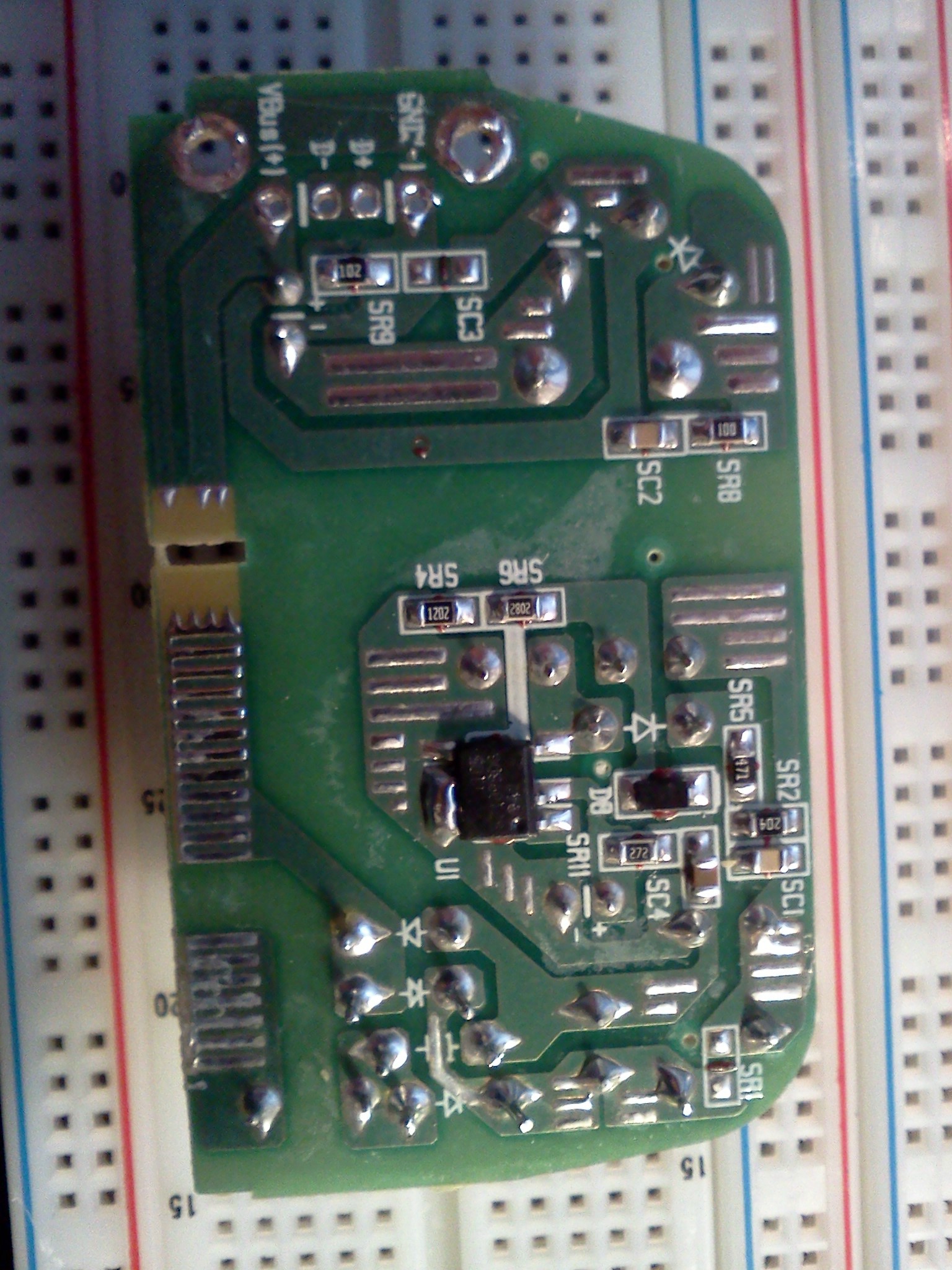 I think its a flyback converter? I can see that it first goes through a full wave rectifier and then into some unidentified chip. I assume the chip does the pwm because it goes right into the transformer. Am I way off? Is there anything else I'm missing that I should read up on?

Those are much nicer and clearer pictures than people usually provide ! :-).
You could work out the circuit by tracing out the design from the PCB.

It will be something like a "TOPSWITCH" which is one brand of highly integrated switching controllers allowing mains to low voltage conversion with minimal components- as you can see. Your description is probably essentially correct - rectified mains feeds a flyback converter which comnnects via an isolation transformer to low voltage output. It looks nicely done compared to some such. 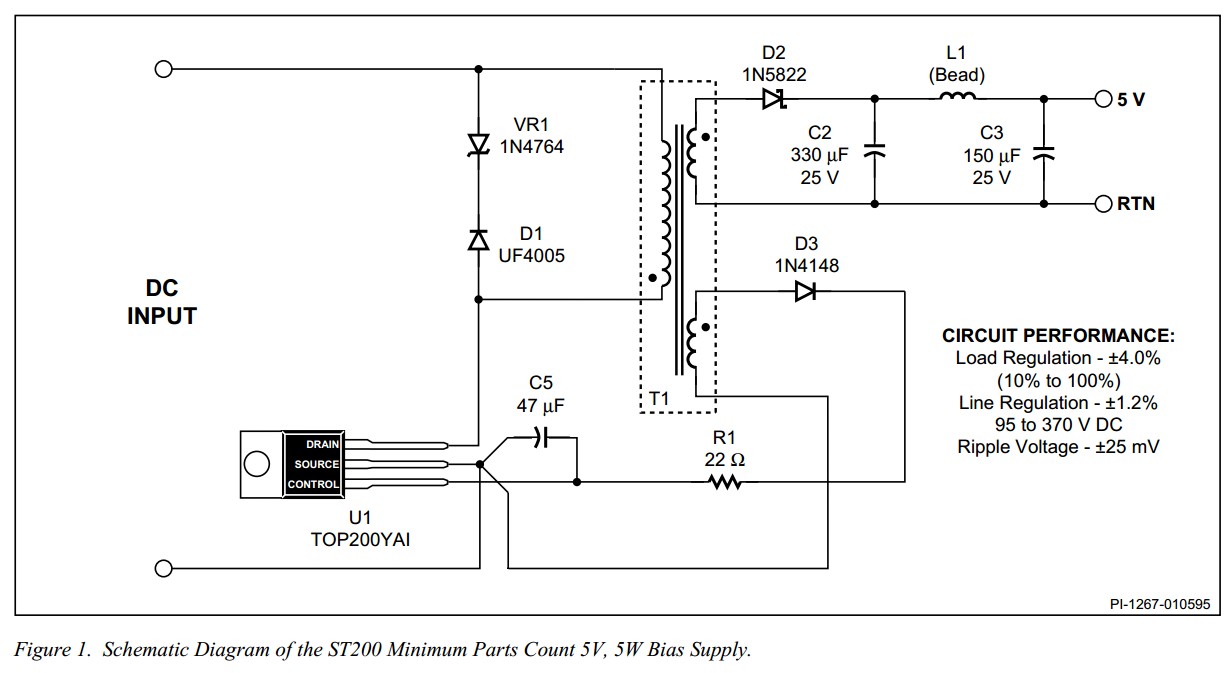 Example of minimum parts count converter. Real world solutions end up with more parts than this - and end up looking like eg 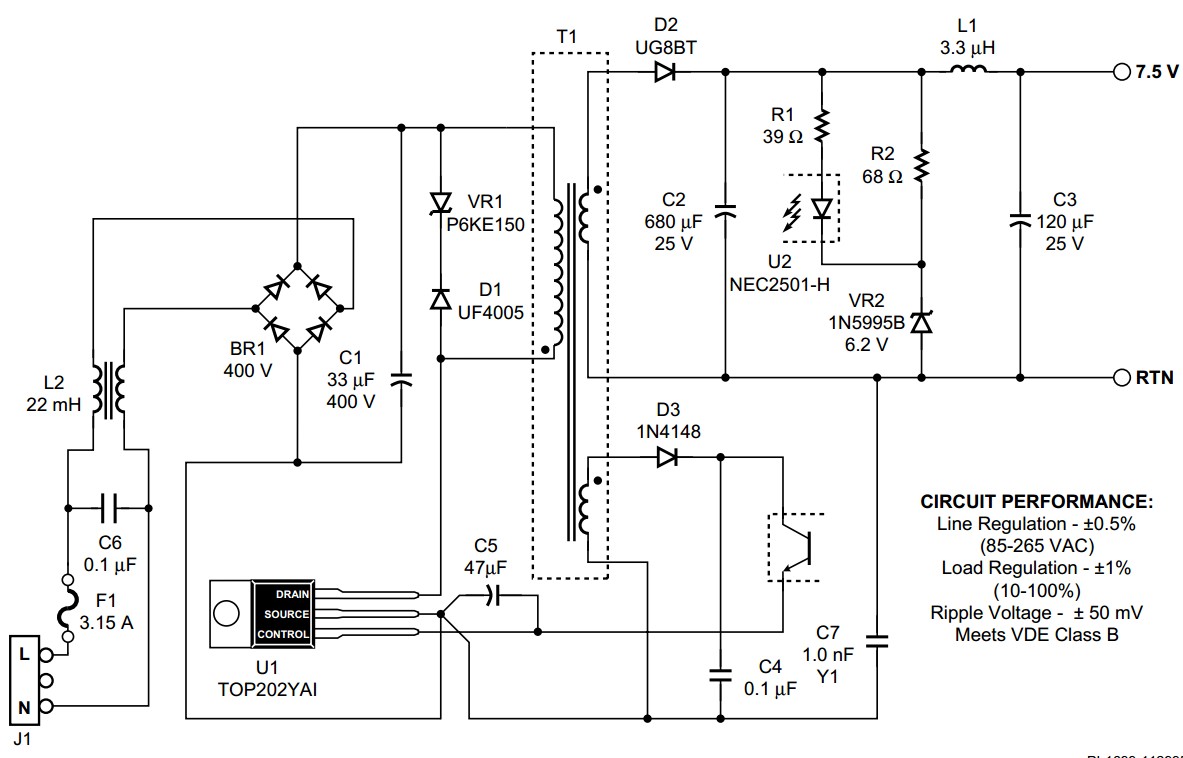 Note that this is only one brand - there are similar IC's from a range of manufacturers - Asian sourced parts may be devices not normally sold in the West.

It is a switching power supply. The transistor (probably in the control IC) turns on, pulling current through the primary. As I understand it, this stores energy in the transformer (don't ask me how!) and when the current stops flowing through the primary, it appears on the secondary multiplied by a ratio determined by the number of turns on each side. This current is stored in the capacitors on the output, and you get a DC output.

It's this energy storage and release that makes the design so simple and you find flybacks in almost any modern low power electronics designed to plug into mains power. You don't tend to find them in higher power applications because beyond around 40W they are inefficient compared to other designs, but they are very good for <=40W and used almost exclusively.

It's like a normal mains transformer, but to keep the size and cost down, it's much, much smaller, and operating at a much higher frequency.

However, it isn't a stunning example of SMPS wall warts to be honest:

It appears this PSU has no feedback loop as it doesn't have an optocoupler for a control signal. It could be using the Vcc rail to regulate, but that is rare...

In a discontinuous flyback (which this almost certainly is) the capacitors take almost all the ripple current. Those caps are far, far, far too small to handle a ripple current of 700mA. Maybe 50mA each on a good day.

Especially notice the tiny primary capacitors, which look like 4.7µF or so each; this may just about be enough for a supply with a feedback loop, but is completely insufficient if there is no feedback loop (there will be considerable 100/120Hz hum on the output.)

Also notice the lack of essentially any line filter, meaning any claim to CE/FCC/etc compliance (required to sell in most countries) is probably forged.

25
How do the tiny AC->USB power supplies work?

3
I need a reasonability check for the safety of a home-hacked power supply
3
How a usb device identify a purpose made powerful USB charger?
7
Can I use a 5V phone charger to run a device which expects 3.7V battery power?
20
How does this wall-wart switcher work?
2
How do I wire up an aftermarket USB Type-C connector so that it works?
2
Does a car battery (or any power supply) push amperes or does a load pull it?